California is a great place to ride a bike. With many areas having very bike-friendly laws, the bike riding weather throughout much of the state and the beautiful natural landscapes can be quite ideal. However, riding a bike comes with many potential hazards.

There are many safety tips to help avoid different accidents. However, the main safety precaution riders need to take doesn’t prevent accidents, but instead minimizes injuries. That is to wear a helmet.

A major problem that bicyclists face is inconsistencies in the road. This can include improperly maintained roads with potholes, brick roads, and raised manhole covers. Most of these problems are minor to non-existent for drivers but can pose serious hazards to bike riders.

Make sure to keep your eyes on the road, and be on the lookout for problems with the road ahead. The further out you are able to detect a potential problem, the easier you will be able to prepare for it. When you have the time, you’ll be able to plan ahead and avoid making any sudden adjustments, which could be trouble not only for you but for other traffic around you.

A bike rider needs to keep their attention on the road ahead and the surrounding traffic to maintain proper safety. A cyclist in the street is, for the most part, just like a driver of any motorized vehicle and must maintain awareness of their surroundings. Listening to headphones can be an especially troubling habit for bike riders as they are unable to properly hear the traffic around them.

While a bicyclist can only ensure that their own attention is focused on the road and can not control the distractions of any drivers, they can still prepare for them. Keep a lookout for cars that seem to be behaving erratically, and try to maintain as much distance from them as possible.

Bicyclists can be hard to see. They don’t take up a lot of a driver’s field of vision, and with all of the data that a driver is taking in and quickly translating in their mind into useful information, a bicyclist can easily slip through the cracks. Wearing bright clothing during the day and reflective clothing at night can go a long way toward ensuring that cyclists stay seen and safe on the roads.

Having lights on your bike is a good way to increase your visibility during the day and especially at night. Bike lights are relatively cheap and certainly worth the cost for the greatly increased potential of avoiding an accident. Bike lights aren’t just helpful for being seen by others, but they can greatly increase a rider’s ability to see the road ahead and avoid any dangers when night cycling.

Anyone who has driven in bad weather knows that it can have a strong effect on the way you drive and make things far more dangerous. This danger is greatly amplified for cyclists.

Strong side winds have the potential to push cars off the road in extreme cases. On a bike, with the much lower weight pushing you into the road, wind forces don’t have to be nearly as strong to affect your ability to keep your bike straight.

Wet roads can pose a real hazard for any vehicle on the road. Cars will sometimes hydroplane out of control and get into devastating wrecks. Cars have four large wheels with heavy weights pushing them into the road. Bikes, on the other hand, have two thin wheels and only a lightweight frame and the weight of the rider to push them down and keep contact with the road.

With so little to help you keep traction, it is no surprise that riders often lose their wheels from under them, especially on sharp turns on wet roads. Brakes are also quite exposed on bikes, and when the roads are wet, extra pressure is required for the brakes to grip the wheels and bring the bike to a stop.

Riders who wear glasses also have an added risk on rainy days. Cars have windshield wipers to flick the rain off the glass, but bicyclists with glasses have no good protection against the flecks building up. A rider can’t be constantly taking off their glasses to wipe them off as they ride, so their visibility is going to be greatly reduced.

The best way to deal with bad weather conditions is to avoid biking in them if you can. If you cannot avoid a ride in poor weather, slow your speed way down from normal, especially when making turns.

When a bicycle has an equipment malfunction in the middle of a ride, it has the potential to be disastrous. The best way to prevent a breakdown is to keep up regular maintenance on your bicycle.

Cyclists often stay to the right on roadways to let faster traffic pass on the left. This can pose a hazard, though, when heading along car lined streets. When riding along these roads, bikes should move further left while remaining in the right lane and try to keep an eye on the cars ahead for vehicles that have recently parked.

Not Following the Rules of the Road

When driving on the road, a bicycle is pretty much the same as a car as far as the rules they must follow. Often bikes will make up their own rules of the road, and this unpredictability can put them in danger. When other vehicles don’t know what you are going to do, it can really put you at risk.

Assuming Others Will Follow the Rules of the Road

Relying on others to follow the rules of the road is always a risk. Ride your bike defensively. Many drivers don’t drive safely for one reason or another, and cyclists are at increased risk of injury due to the lack of protection and the fact that drivers are often not looking for bikes on the road. 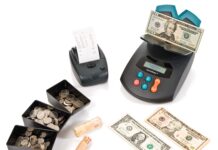 How to Choose the Right Money Counter Machine 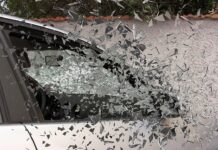 Which Cities Are the Most Dangerous in Washington State for Car Accidents? 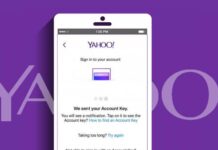 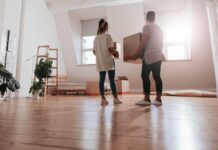 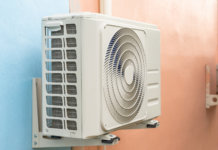 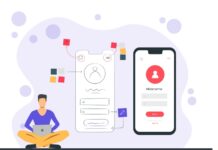 How to Design a SaaS Product Users Will Enjoy