The Washington Note
Home Games Who is the Best Character in Apex Legends 2023? 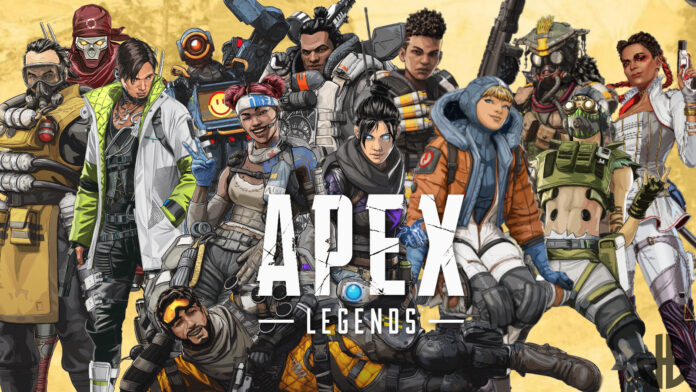 If you are looking for the best legend to play in Apex Legends you have come to the right place. Hours over hours of playing have been invested into the following list, placing the characters into 4 separate tiers. Although one may like a certain character for its charisma or simply by experience, the list we established is based on playability and ability. Yes, tactical, passive, and ultimate. Finally, this is a team game, and in order to win you should consider having a variety of characters in your team, so a range of different Legends capable of winning the game is what seals the deal.

Our trust goes to the magnificent four. Qualified as most vigorous Legends, they belong to the S tier. When it comes to the features of the Legends, they have it all, from a vast spectrum of healing abilities to seriously dangerous strikes from the above, enhanced by the spectrum of movement they are endowed with. When this four is assembled they can hardly be stopped, because every corner is covered, from fast reviving, over heavy attacks, to befuddling of the opponent. Let’s check what they can do on their own!

Lifeline may be the key Legend you need as support. She cares about the team’s welfare with her health drone healing her allies while she fights. On the other hand, her care package makes a difference by enabling her to loot more items out of blue supply packages. Her resurrection shield has proven a gamechanger multiple times. Having Lifeline in your team is a blessing.

Wraith is one of the most chosen Legends ever in ranked matches. She is a must-have part of the team when you play for rank. She is an ideal pick because she does it all; she can push, she can rotate and retreat when it comes to needing for that. A perfectly balanced character with tactical moves that can largely impact the game. Not easy to be seen, her properly timed portals and void walking are superb tools when used correctly.

A big guy who can survive almost anything and who unleashes chaos from the skies above with his major power. Not only does he protect himself but also his team benefits from his dome shield by quicker reviving and healing. Once again, Gibby retains his place as one of the most cherished and loved Legends and you can view more here.

This Legend is a master of deception. Mirage was buffed profoundly and now controls his mannequins that imitate his exact behavior for one minute. Mirage not only revives his allies but he also bestows them with invisibility, his ability since he camouflages when both bringing back to life and activating the respawn lantern

No, they are not the sharpest knives in the drawer, but they are not far from there, either. The fresh girl on the team, Loba, makes looting a pleasant venture, and her jump drive armlet makes her able to escape quickly when needed. Sadly, it does not apply to the whole team. While Wattson is trying not to get noticed and protect her allies, the bumped gas boy Caustic is available for tactical deployment. This is our A Tier team.

Wattson’s ultimate destroys almost anything being cast upon her team, powering their shields at the same time. That makes her a Legend with both defensive and support features. You can camp and hide while you defend the area but that is as far as you will go with Wattson.

She will spot a valuable loot from afar and ensure your team is well equipped before starting a clash. Her passive power allows her to find valuable items to be looted, viewing them even through obstacles. After she places a black market boutique on the field, everyone, both friends and foes can take 2 items from there. That is her ultimate ability and her most valuable asset.

What makes Caustic a lesser Legend than Gibraltar is his lack of a shield. Other than that, he is a big boy as well and that is what makes him easy to hit. He can bother his opponents with gas containers and hurt them plenty with the devastating gas cloud. His gas stuff also slows the enemies down, and since the recent upgrade, his allies are spared of that effect.

Yes, they may have caused harm to their enemies, but keeping them all together is not as easy as it sounds. Although they all deserve a place on a tier list, Path still can’t get a grip on himself from his last nerf.

She is a stealthy killer, moving quickly through the ranks of her enemies and able of leaving the battlefield fast when needed. Compared to Gibraltar’s airstrike, Bangalore’s rolling thunder fails to impress. This character is as close to a genuine soldier as Apex Legend will get.

His Eye of the Allfather makes detecting enemies much easier since the late buff, where his passive enables him to see in what direction they went. Apart from that, his ultimate puts Bloodhound’s Vision into focus. Sadly, it is noisy and attracts too much attention when used.

Path is a lovely robot who can be a wonderful early game asset. Its main features are largely effective when it comes to movement and rotation. He makes great support and can provide his team with an escape route using his Zipline Gun, while his Insider Knowledge reveals where the next ring is located.

Revenant is a Legend for loners since it does not help much to his squad members. His Silence prevents his opponents to use their special abilities, but since the area of effect is ridiculously small, it is of dismal importance to the team.

The bottom C tier remains reserved for the infamous duo. They are good at running. Oh, yeah, and they are the ones in charge of irritating the squad.

The most selfish Legend out there. Yes, it is quick and maybe fun to play, but most of the time it just reaches the loot before his teammates. And, imagine this, it can heal; Himself.

Although he should have been the fresh newcomer eligible to help his squad, Crypto failed to deliver. Even though his reckoning features are present, they do not contribute much. If you think things can’t get any worse, his ultimate is as hazardous as a summer breeze.

So, that summarizes the whole story. You still here? Go check out your favorite Legend and see if you can do something grand with your squad!