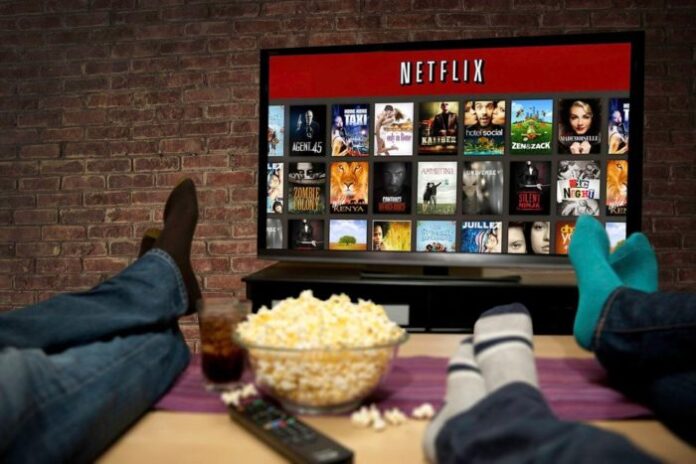 Ever since the popular TV series The Walking Dead appeared on the screens, people became obsessed with the videos that are mostly apocalyptic and include specific kinds of undead humans – zombies. However, the zombie thematic is a big long time before the TV show existed, starting with the concept of the artificial human, Frankenstein from the 19th century, and other popular imaginations of non – ordinary human beings.

Moreover, zombie movies are quite a thing now, and Netflix offers rich content of the film, but which ones are worthy of watching? Keep it up until the end, and you will find out! Also, streaming Netflix isn’t easy if you’re living outside of the US.

The reason is the amount of content that is limited to non-US residents. If you stay outside of the US, then referring to this website for the streaming guide would be a good option before you start binge-watching your favorite flicks.

Here is one of the classics, that is now available on Netflix, Day of the Dead is a 1985 zombie movie directed by George A. Romero. In the film, the main stars are Lori Cardille, Joseph Pilato, and Terry Alexander, and there is also a remake of the movie that came out in 2008 but is not firmly good as the original. The 1985 plot tells us a story after a world’s apocalypse when zombies overthrow the governments, and only a few people survived. The survivors are trying to collaborate with the remaining part of government and military stuff, as they set a refugee camp for humans that are not infected. The main characters are fighting zombies and trying to find a solution to the epidemic. While they are trying to find the cure for the zombie disease, they are studying the imprisoned zombies and trying to teach them human behavior, music, and communication. The film points out the links between humans and undead, and it does it excitingly. The director Romero created a set of series, Night of the Living Dead and Dawn of the Dead. For the complete picture, we highly recommend you to watch all the sequels.

We believe that you are familiar with this movie, as Marc Foster directs it, and the central role belongs to Brad Pitt and Mireille Enos. The story beings in Philadelphia, upon the zombie emergency, and follows the family who tries to escape from them by moving to New Jersey. Gerry (Brad Pitt), the father, has connections in the government and uses it to secure his family. After that, he travels the world intending to end the zombie apocalypse that is threatening to end the world as we know it. The movie has a flow and an action, and for all those who like The Walking Dead, this is the right choice for Saturday evening.

3. Shaun of the Dead

Another Zombie – themed film appeared on Netflix. This time we speak about the British horror-comedy, with Simon Pegg in the leading role, alongside Nick Frost and Kate Ashfield. The movie tells us the story about the lost twenty-nine-year-old Shaun, who works as a sales representative and tries to balance between his friends and girlfriend while trying to keep things up with his family. After the breakup, he spends the night in a pub and waking up the next morning in a zombie apocalypse. He tries to convince himself that he is still drunk but quickly realizes he finds himself fighting against zombies in attempts to save his mother’s and girlfriends’ lives. The funny and adventurous story leads us in the center of the zombie apocalypse, and director Edgar Wright did that in a way only British can.

4. Wyrmwood: Road of the Dead

After zombies officially inherited the planet, one of them attacks Barry’s sister, the main character, whose family is warned to leave the city in a short notice. However, Barry decides otherwise and stays in the ghost town intending to save his sister. During that journey, he encountered many challenges, weird scenes, and had to make some choices that will lead him to his sister. On the way, he meets a mysterious scientist Doc who experiments on zombies. The movie tells us a story about family love, sacrifice, and choices we have to make in the rough times. The leading roles belong to Jay Gallagher and Bianca Bradley. The movie is a directorial debut of Kiah Roache – Turner.

Dark times of the Nazi regime are back, this time in a zombie version. It all began when a small group of students arrived in a small cabin in Norway for the Easter holidays. Soon after that, a mysterious hitchhiker knocks on their doors to warn them that the Nazis have occupied the area, and they have tortured locals until they started to fight back and killed many zombies. Suddenly, weird dreams began to hunt them, and the hell opens up quickly, with the adventurous journeys of fellow students and solving difficult tasks that could lead them towards finding the truth.

The sequel of the movie mentioned above arrives on Netflix, with the story that tells us what happened next. The horror-comedy follows Martin and his friends who got the Nazi zombie attention, after taking their gold. The group of young students is torn apart, and with the main character, they find themselves in a series of unfortunate events and a bunch of funny, bizarre moments scenes such as the zombie arm with the mind of its own and more. Nazi zombies are the ones in trouble now, and it is interesting to watch how it will end.

After the outrage of a zombie apocalypse, it is almost impossible to live on the planet as humans. The zombie epidemy is caused by Natas, a zombie – effect drug that had been used by half of the earth population. The Hunter, who won’t give up, is on a mission to kill the zombies when he gets hit by one. After he ends up in a land of survivors, which is only for those who had not consumed Natas, he meets another zombie hunter colony, and its leader called Father Jesus. They join forces and start the zombie battle, after which many of the survivors had to escape in order not to end up in arms of a giant zombie beast. With Danny Trejo, Martin Copping, and Clare Niederpruem in leading roles, the movie is reviewed as the best zombie film on Netflix. Kevin King directs the film.

After the chemical plant explosion, Jim faces the loss of his girlfriend and demands answers to what happened there. The blast affected humans and converted them into cannibals. The few survivors gathered and built a shelter, and Jim joined them. Along the way, he meets a girl named Ix, with whom he starts to get closer, who became very ill. To save her, Jim must fight zombies and returns to the place where he had lived, before being taken by Marines. The movie is also proclaimed as one of the best-directed ones, and the acknowledgments go to Turner Clay, who is a director, producer, and writer. Besides, the leading role belongs to Jay Harden, Tori White, and Scott Lilly.

This zombie movie is quite different than the others. It doesn’t tell a typical story of apocalypse and destroying zombies as an ultimate goal. The British film takes place in the East End of London and follows a zombie outbreak. The story follows a group of man who is trying to rob a bank in order to save their grandfather’s property from being taken down, and the only way they succeeded is because the police have been busy with killing zombies that emerged. Eventually, they all end up in the mentioned house and trying to fight zombies while figuring out a way to escape them. Matthias Hoene directs the film, and the primary roles belong to Harry Treadaway and Michelle Ryan.

A Spanish Canadian film set in the 1980s tells us a story of the post-zombie world. One of the most original movies regarding the zombie theme, available on Netflix, and directed by Manuel Carballo. The film leads us through the lives of the returned, ex zombies, who are now trying to live their lives as humans now when the cure for the zombie infection has been found. However, the people are highly addicted to the drug, as they return to zombie state in case they miss to take one dose of it. After people realizing that the main essence for the drug is taken from the zombie bodies, the public panic spreads out that the drug will no longer be available, and that zombies will emerge again. The story follows the lives of ordinary people who are trying to find a way to stay with their loved ones. People who are trying to help everyone, as there are struggling to find a cure and stop spreading of the zombies, are the main characters in the movie and are played by Emily Hampshire and Kris Holden – Reid.