The Washington Note
Home Accident Can I Sue if my Bike Accident was Caused by the Road? 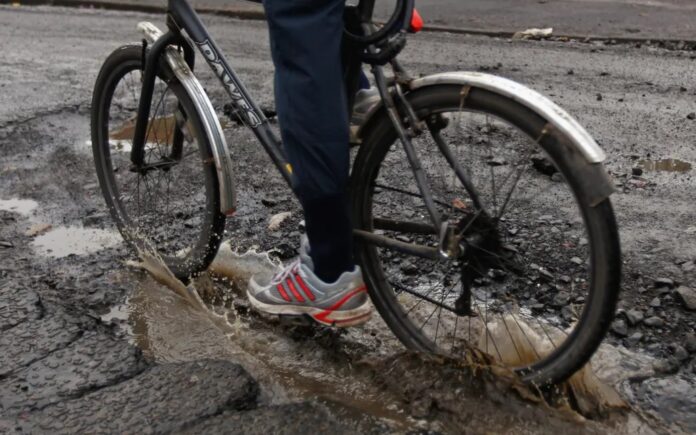 Poor road conditions can be a major contributing factor to serious bike accidents, but little do cyclists know is that they can sue municipalities responsible for those roads’ maintenance or poor design. The hardest part is to prove that the party you believe it is liable was at fault for the bad road design, potholes, missing bike safety features, and other public road flaws that caused the accident.

Who Can be Held Accountable for Poor Road Maintenance?

The first step you need to take when looking to hold accountable the responsible party for a bike accident caused by poor road conditions is finding the party at fault for the said conditions. But if you are not sure who is to blame for the poorly maintained or poorly designed roadway, it is a safe bet to file a claim or civil lawsuit against all the agencies you believe they’re responsible.

The next step is to prove that the party (or parties) at fault acted knowingly and with (gross) negligence. For instance, a government agency knew about the cyclist safety hazards on a road and had the resources to fix the issues, but for some reason, they failed to do anything. The same goes for poorly designed roads that put cyclist lives at risk.

The last step is to prove a cause-and-effect relationship between the road conditions and the accident that caused you injuries or property damage. A seasoned personal injury attorney can lend you a helpful hand here.

Can I Sue the Government for My Bike Accident?

If a city’s roads are not designed to accommodate cyclists or poor road conditions caused a bike accident that resulted in severe injuries and/or property loss, in theory, a cyclist can sue the municipality to recover compensation for their pain and loss.

However, in reality government agencies are immune to prosecution unless they have consented to the suit or have waived the immunity. Many state and federal agencies have waived this immunity through an administrative claim process which a claimant must go through before filing a civil lawsuit.

Usually, claims filed against the government are solved by reaching a settlement as it was the case in 2017 with a California cyclist who suffered severe injuries after falling off his bike because of a pothole. The city council agreed to award him $6.5 million to settle the pending lawsuit.

In 2019, another cyclist sued the city of Portland after a metal cable strung across a pathway in a local park caused a bike accident that left him with severe injuries that resulted in $86,000 in medical bills and $85,000 in lost income because of the time taken off from work to recover from his injuries. The lawsuit revealed that a city worker had placed the cable across the pathway to close it down to the public but had failed to visibly mark it.

The odds of winning such a lawsuit depend on the regulations in your state, as some municipalities have shielded themselves from liability by limiting the instances you can file a claim against them through various prerequisites such as the requirement for the city’s “negligence” to be “gross.”

What’s more, the time frame in which you can file a claim against a city, county, or state is quite short, so you need to report the incident to the proper government agency as soon as possible. The procedure varies greatly across government agencies, so do your own research on the liable party you’re eyeing for compensation first.

What Are the Odds of Winning a Lawsuit against the Government?

State and federal agencies are immune to prosecution unless stated otherwise under the so-called “sovereign immunity,” an ancient legal doctrine designed to protect kings from being brought to court for their misconduct. Under the doctrine, a sovereign could not be sued in civil or criminal court unless he or she agreed to be sued.

Nowadays, sovereign immunity still stands in many parts of the world. That’s why you may not be able to sue the government unless that government has given you the official nod. In the U.S.A., the Federal Tort Claims Act (“FTCA”) allows citizens to hold the federal government liable for its employees’ negligence or wrongful acts to the same extent you would with a citizen.

On a state level, the FTCA still allows citizens to sue state agencies but there may be severe limitations to it as states are allowed to pass their own laws and set their own conditions when waiving their sovereign immunity. That is why, when you file a personal injury claim against local agency or city, you need to first check out your home state’s rules on suing the government for negligence.

While some states are more lenient and allow people to sue the local government for a laundry list of reasons, other states may bar you from holding state agencies liable at all costs, with a few exceptions. For instance, in Michigan, government agencies and their employees are immune to all liability for civil wrongs, with just a handful of exceptions including the “maintenance of public highways.”

If your bike accident was caused by a poorly maintained road, you can sue the government agency responsible for maintaining the said road but expect a long fight as many government agencies have set in place various prerequisites before you can file a lawsuit against them.

In such scenarios, it is best to consult with a professional first, like a bike accident attorney, and you can click here for more information. An attorney can declare whether you are entitled to compensation and what your odds of winning a lawsuit against the government are.