Surely everyone is familiar with the situation when you try to complete the same level again and again and the attempts aren’t always crowned with success. This evokes mixed emotions: from irritation and fleeting anger, even turning into deep frustration. And how sweet the euphoria is when, like in Mario, you climb the last block and finally overcome the hated stage of the game.

In such situations, surrendering to a computer game sounds shameful and even slightly humiliating. Therefore, more than once real gamers can spend hours or days on the way to win. Levels of varying difficulty encourage players to try again and again. And even if sometimes it isn’t obvious, it helps to upgrade skills and strive for excellence. To move to a new stage, you must have an unspoken experience. Your key skills for further – ingenuity, resourcefulness, sleight of hand, and nothing more.

And with the development of the gaming industry, the complexity becomes greater and the range of skills being developed is expanding. Most games are created in this way. You explore the universe alone and overcome obstacles by making your way with fire. It all depends only on your skills, abilities, and knowledge.

However, in a multiplayer game, you are not only fighting against computer algorithms. You compete with dozens and hundreds of real players. To win, you need to beat them all. As in a single-player game, you can fail. And since we are all people, and we react in different ways, then here you can even face ridicule and insults.

But these games are not only about constant fighting and competing. The essence of such games sometimes allows you to try to unite strong players into even stronger teams. Also, build friendly relations between people in different countries and states.

Thanks to real-time multiplayer games, the gaming industry is full of colors and seems to be more active and saturated. But the development of artificial intelligence and so-called game “bots” blurs the line between an authentic multiplayer experience and a simple fight against programmed bots.

In 2015, Brazilian student Matheus Valadares developed a browser game that conquered the gaming industry and became the basis for a new genre of browser games. Surely everyone knows about Agar.io.

Agar.io kicked off its success with a couple of memes posted by Matheus on 4chan. And very soon millions of players plunged into the atmosphere of the novelty, taking it to 7th place by Google requests. What does the game owe such popularity to? The simplicity of game design and light mechanics.

You play as a one-celled creature that walks around the playing field and devours small pellets and even other players. The more you absorb, the faster you grow and take top positions on the leadership board. Despite its simplicity and accessibility, the game develops strategic skills.

Agario unblocked has become the basis for many browser games. Slither.io, snake.io, hole.io, and hundreds of others now have the same mechanics, thanks to the agario private server. Check sigmally for more info. With the advent of new games in the .io genre, competition has also increased. There weren’t enough players for all the games, so some developers started implementing bots. They created the sort of an active game for users. 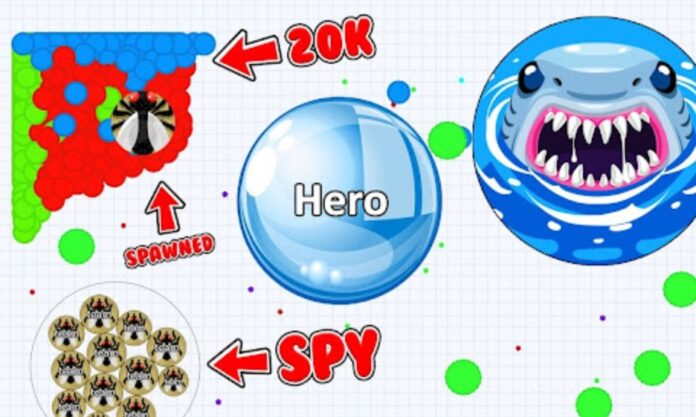 At a glance, there is no problem here, but some games hide such moments and simply deceive their fans. This is easy enough to check. If you turn off Wi-Fi in the middle of the game, and you observe that it is still active and players are wandering around you, you should doubt whether you are playing with bots.

Some developers want to fill the multiplayer mode with game bots completely. This is a new step in the gaming industry. But then multiplayer authenticity will be lost.
We have been dealing with bots for a long time. They are regular guests in video games and perform certain tasks there. They heat competition between players, replace opponents, hone skills, and more.

But in the world of browser-based .io games, the situation is different. Some developers are positioning games as online gameplay when they actually use bots in an offline arena. Withholding information about the use of bots in games violates basic business ethics. Players are simply ignorant and deceived.

This is not a problem if such information is in the public domain. Otherwise, however, any player is entitled to transparency and honesty in dealing with game developers. We have the right to know if we are playing with real people or are in the company of programmed bots.

It cannot be denied that artificial intelligence in games, and in particular in the form of sophisticated bots, has its advantages. They are always online regardless of time and location, creating a company for other players. Bots of different difficulty levels make the gameplay more varied, create competition and obstacles on the way to the desired victory. After all, they are the most peaceful creatures and will not say an offensive word to you.

Despite all the advantages, the authenticity of the multiplayer mode is being erased. We get a completely different atmosphere. After all, what is the whole point? Loud chaos and caustic comments from other players push you to win and prove that you are the best. With real people, you can experience a huge range of emotions.

With active players, you can make friends and cooperate in a strong alliance to fight rivals together. In addition, it is real people who create the most unpredictable conditions for the game. Bot algorithms can be calculated, or even you can easily rely on their primitiveness. But not with an active game base. Isn’t that the real essence?

In the end, thanks to this design most games have earned unprecedented popularity. No matter how well-designed bots are, so far, they cannot replace real people. Perhaps with the development of the gaming industry, these novelties with bots will form a new genre of games. But that will be another story.