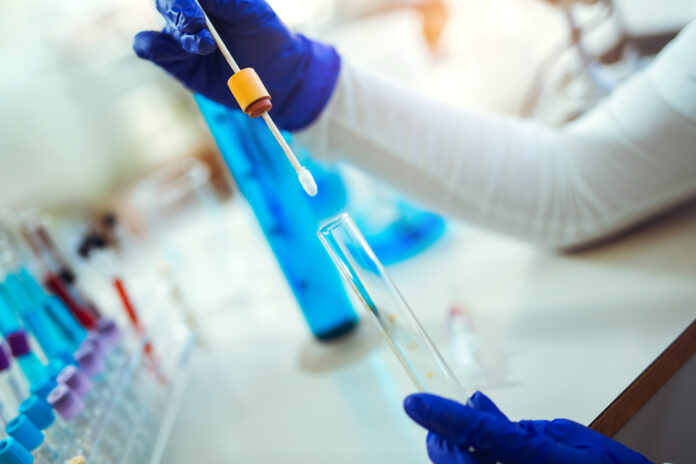 Can you secretly do a DNA test? That is a question many have asked numerous times, only to get mixed or unsatisfying answers. Now, many would say – why would you even want to spend hundreds of dollars on a DNA test? What’s the point? Well, the reasons could be various.

In most cases, the people who are interested in this question the most are men who are not sure whether they are the father of their children. As you might assume, wondering whether you’re the parent or not is certainly not a pleasant situation to be in. On the other hand, there could be some other, less troubling reasons for doing a DNA test. You could be looking for the answers regarding your health, or you might be interested in knowing more about your heritage or how broad is your bloodline.

All of these are genuine reasons why one would do a DNA test. As you can tell, just by looking at the reasons for doing the test, the paternity test really stands out as the one you would most likely want to be done in secret. So, without further ado, let’s try and answer this question.

When Do You Need Consent For A DNA Test?

The answer to this question isn’t a simple yes or no, for a few reasons. In most cases, people ask this question because they don’t want their spouse or child’s mother to know they have doubts about whether they’re the father or not. As you could imagine, talking about those things could cause some real turmoil in a relationship if there is one. So, what’s the verdict?

Also, this might sound troubling, but if the child is a minor, you don’t need a child’s permission as well. The only thing you need is a viable DNA sample from you and your child/alleged child to perform the test.

On the other hand, if you are not listed on the birth certificate as the father and are not a legal custodian, you will need to ask for permission from a legal custodian, whether that is the mother, grandparent, uncle or someone else.

Can You Do A DNA Test Without The Mother’s Consent?

However, you could do a DNA test without the consent of the legal guardian, but you wouldn’t be able to do anything with the results, except maybe find inner peace. What we mean is, you could get a DNA sample from your child/alleged child and do a DNA test, but that wouldn’t be admissible in the court of law as evidence. A legal custodian could easily overturn that in court if it went there.

However, since the judge is the one making the call, what can and can’t be considered evidence, he or she could also issue a warrant for another test, from which the results could be used as evidence in the court of law.

Although this course of action isn’t technically illegal, there are other ways, legal ways, in which you could force a custodian to give your permission to perform a DNA test. We would always advise talking first and, if that fails, taking things to court and letting the court decide what happens next.

Yes, a DNA test could fail, but not in the “inconclusive results” kind of way. A DNA test could fail because the sample you’ve submitted isn’t good enough. To be fair, this wouldn’t be a problem if only the testing to see whether the sample is viable wasn’t upwards of $150, which is another reason why you shouldn’t try and do it secretly and behind everyone’s back. The fee for testing the sample is almost always non-refundable, so even if you want to perform the test in secret, you must submit a viable sample. Contrary to what most TV shows have taught us, a single hair strand from a brush isn’t a viable sample.

Can You Secretly Do A DNA Test?

Well, as you can see, the answer is both yes and no, and it all depends on your situation.

But, if we’re not talking about the paternity test, then the answer is a straightforward yes. You can do all kinds of DNA tests on yourself without anyone knowing. Companies like CRI Genetics offer DNA testing kits that you could use to test your ancestry, and for that kind of test – you don’t need anyone’s permission, nor does anyone have to know about it.

Furthermore, all of the companies that perform these kinds of services protect all of their clients’ and customers’ information, so you won’t have to worry about your privacy. All of this will be shrouded in secrecy if that is what you want.

Is There A Place Where You Could Legally Do A Non-Consensual DNA Test?

Yes. About 15 years ago, the German government had passed the law in which a father, regardless of his legal custodian status, could request a paternity test, whether or not the mother or the legal custodian liked it or not.

With this law, a man would be able to procure a legal paternity test, that would hold up in court, regardless of whether it was consensual or not. To be fair, this eliminates the need for a secret DNA test, but then again, this law was put into place for that exact reason.

Even though you could do a secret DNA test, if it is for the purpose of determining whether you’re a father or not, we wouldn’t advise doing it. The results hold no value in court and are pretty much worthless unless the judge is on your side. On the other hand, if you want to explore your ancestry and keep it a secret – go for it.

Mattress Matters: 5 Common Mattress Types and How to Pick the One for You

6 Things You Should Know Before Dental Surgery

Your Go-To Guide for Taking Care of Your Elderly Parents

E-Learning: A Fashionable Trend or Education of The Future?

Trip to LA Alone Lets You Search Your Soul

ABOUT US
TheWashingtonNote.com is a participant in the Amazon Services LLC Associates Program, an affiliate advertising program designed to provide a means for sites to earn advertising fees by advertising and linking to Amazon.com
Contact us: kravitzcj [at] gmail.com