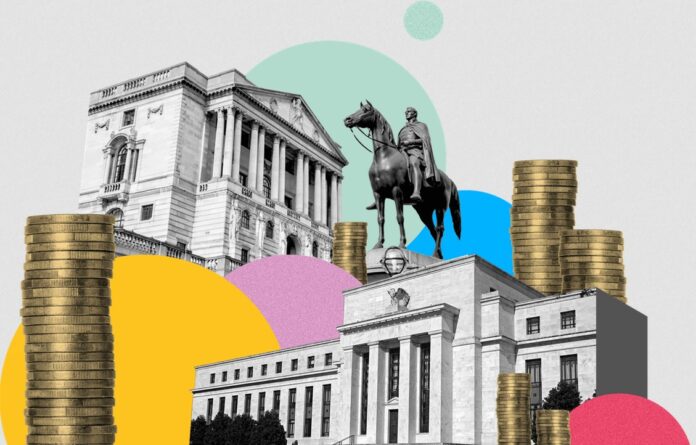 Federal Reserve policy measures have recently shown various ways central banks are currently guiding the global economic outlook. According to AskTraders, markets have reacted favorably with the stock market hitting fresh record highs after the Federal Reserve decided to cut interest rates by 25 basis points. Central bank members in the Eurozone have adopted a similar stance policy metrics, which include a monetary union of 19 out of the 28 countries in the EU (European Union) and is the second-largest economy (both in nominal terms and purchasing power parity or PPP), after the United States. The European Union’s GDP was estimated to be around $18.8 trillion in 2018 and the Eurozone economy holds great weight for world economists because the region also produces 22% percent of global GDP each year.

For the most part, the Eurozone kept pace with the central banks around the world in 2019, although its growth has not quite matched prior highs. The incomes underpinned by unplanned but healthy consumer spending but restrained by some well-directed investments and activities with an unsupportive external backdrop. There’s obviously a drop in the economy as the Brexit event has taken its toll on consumers. Britain is one of the world’s top GDP producers, and political analysts have said that the conservative party’s victory in the UK elections depicts a clearer roadmap ahead, reducing uncertainties. Recently, the European Commission reproached France, Italy, and Spain for not procuring meaningful fiscal management measures and exposing themselves to potential economic shocks.

The European Union contains the internal elements of mixed economies, based on the free market principles and advanced social models. Euronext is the prime stock market of the Eurozone, which is also the 6th largest stock market in the world. European Union maintains a content relationship with other major economically developed countries (United States, China, Switzerland, Russia, Turkey, Japan, Norway, South Korea, India, and Canada which are also the highest trading partners of EU). The subtotal amount of the trades made in the Eurozone by foreign countries is $5.1 trillion in 2012. In comparison, the EU traded around $9.1 trillion over foreign countries across the globe, which is one of the highest domestic and foreign investment levels currently visible in the world economy.

Sectors of the Economy

The four main industry sectors in the EU include services, agriculture, tourism, and energy. However, the services sector holds the highest importance in the EU economy as it produces 70% of the region’s total GDP figure. That’s quite high in comparison to other sectors, as the agriculture sector holds just 1.8% of total GDP.  In 2013, the EU spent approximately $45 billion which is 33 percent of its total budget of $148 billion. The Eurozone is also a major tourist zone, so the EU emphasizes tourism an important sector continued growth. London and Paris were recently the most visited places with 16.9 and 16 million visitors, respectively. Additionally, the Eurozone has uranium, coal, oil and natural gas reserves for its energy production. The EU is the 2nd largest consumer and the 19th in oil production, as the region produces 1,241,370 (2013) barrels a day.

The Eurozone is a highly developed union but still faces many of the same challenges other economies around the world. The EU thrives more and more every year by its significant contribution to the world economy. The member states play the role of them by growing economically. Bulgaria, Czech Republic, Estonia, Hungary, Ireland, Latvia, Lithuania, Luxembourg, Malta, Poland, Romania, etc. are some of the growing GDPs. Besides these, there are already some economic giants in the Eurozone. Austria, Belgium, Finland, France, Germany, Ireland, UK, Spain are the top countries based on per capita income.

In the Eurozone, the unemployment rate was 8.1%. Among the member states, the Czech Republic had the lowest with 2.3% and Spain with the highest of 14.9%. The momentum is not on the EU’s side. Slow global growth, uncertain external backdrops will reduce investment and export activity. Lower job gains due to hard labor markets in important countries will somehow resist consumer spending. But the political uncertainties of Spain and Italy summing up with Brexit (described below) already clouds the outlook. Growth is at 1% in 2022 which looks shacky but despite these, economists are positive about its longevity in terms of growth.

Brexit simply refers to Britain’s exit from the EU. It is a major turnoff for Eurozone economics as Britain is one of the most significant country let alone the EU but also in the world. After winning the elections the new PM proposes a new Brexit deal with new customs arrangements. Brexit means that UK will be out of the EU with financial, economic, and political relationships.

The EU has many barriers both externally and internally. Research from 1999 to 2003 by examining 166 manufacturing industries in 11 EU members, barriers still remain. Apart from transportation costs, the most damaging is the technical barriers.  In numeric terms, the costs associated with geography and transport explain only 25 percent of the trade integration variation. And the distance between the origin and destined shipments are at 5 percent. The policy factors can explain only 7 percent of the variation. Technical barriers at 5 percent is another major issue that the EU must deal consider going forward.  Apart from all the chaos and difficulties in trade and business which defines the economy, Economists are still hopeful. Some minor and major changes in the policies, agreements, and contracts, along with some enforced initiatives can clear all the clouds and EU will hold its significance, nevertheless. 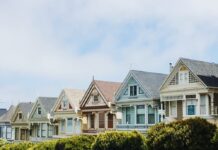 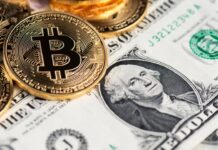 How To Buy Crypto With Real Money 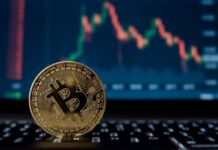 Crypto Trading Basics – How To Trade? 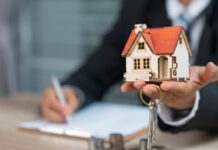