Appium is an open-source tool that helps developers run tests on mobile web and native apps on Android and iOS platforms. It is cross-platform and interacts with Android and iOS apps using Selenium WebDriver and JSON wire protocol.

There are numerous open-source testing tools on the market apart from Appium. However, these tools generally need an additional agent that developers use to compile most of the app’s code to ensure the device can communicate with the app. Further differences that ensure Appium stays ahead of its competition include:

• Appium runs as a Selenium Server in the background.
• It can synchronize with the TestNG testing framework.
• Its built-in UI Automator produces detailed information logs and has a clear reporting structure.
• Appium supports several frameworks and programming languages, enabling it to automate any mobile app.
• You get complete access to databases from test code and back-end APIs that help you take control of your testing processes.
• Using language-specific client libraries, the Selenium WebDriver API, and support for most programming languages, it helps developers write and execute tests.

1. Use of standard API: Appium testing is popular since it doesn’t involve any coding changes or recompiling of your app because it uses the standard API for all platforms. Appium makes it simple to create tests for Android and iOS and Android platforms using the same API. However, you will still require separate Android and iOS and Android scripts because the UI elements on each platform differ.

3. Testing Framework of Choice: Appium allows mobility teams to use any testing framework they want. Earlier, developers would write tests only in Javascript for Apple using the UI automation library or in Java for Google using UI Automator. The introduction of Appium completely changed this scenario.

4. Cross-platform test automation: It is the best cross-platform mobile app test automation solution because it can run tests on Android and iOS devices. Appium employs the JSON wire standard to communicate with Android and iOS using Selenium WebDriver. Appium uses Apple’s frameworks and Instruments program to automate iOS apps. After iOS 9.3, the Instruments API was deprecated and replaced by the XCUITest framework.

In Android, Appium passes the automation command to the UIAutomator test case that is executing on the device. Android features a native UI automation framework called UIAutomator that allows you to run JUnit test cases directly onto the device from the command line.

For novice automation engineers, resolving any ambiguity is made straightforward by Appium’s sizable and expanding open community.

Appium’s remote WebDrive supports multiple programming languages. This feature empowers testers with the freedom to write test scripts in the language they find most accessible. With that freedom, testers will not need to limit themselves to specific test cases.

Through appium, testers can write tests for end-to-end black box testing. These tests can include writing tests for scenarios like sending a text or making a phone call.

The main advantages of adopting Appium over alternative mobile automation test solutions are as follows:

• Because Appium employs standard automation APIs across all platforms, the software under test doesn’t require modification or recompilation.
• Any programming language, such as Java, Objective-C, JavaScript, and others, can be used to create test scripts that interact with Web-drivers.
• Appium is easy to set up.
• Appium supports various programming languages like Java, Node, Ruby, PHP, and Python.
• On mobile devices, developers can use the tool without installing it.
• Appium uses Selenium WebDriver’s JSON wire protocol to communicate with native apps.

As one of the most popular systems for testing mobile apps, Appium has a firm grasp on mobile app test automation. Taking advantage of such platforms can help you leverage Appium to the best of its ability.

The best solution, in the opinion of app developers and testers, is Appium automation testing, which can function on various operating systems and platforms. Additionally, creating Appium tests is simple. They have a wide range of uses. 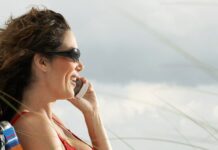 How To Call Home While Travelling Abroad: The Ultimate Guide