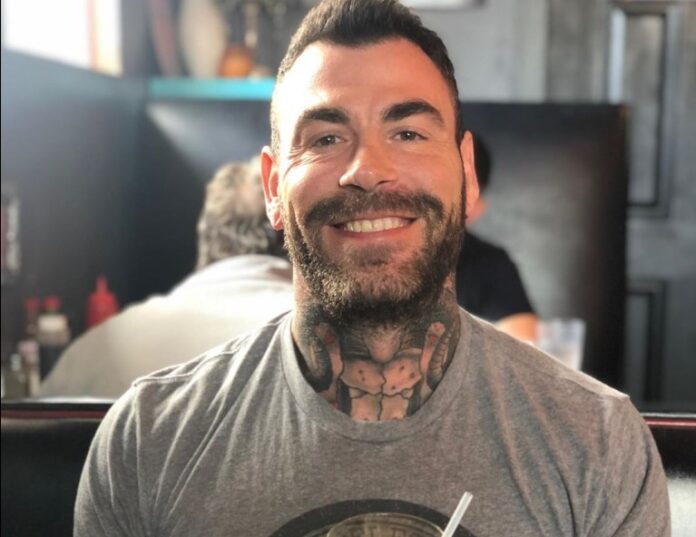 To be successful in the modeling industry you need to have a photogenic face, good looking body, and an interesting personality. A model’s body serves as a calling card in the industry as they are featured in a variety of media, including newspapers, magazines, tv, and the internet. These persons are also promoting the products of diverse businesses. When it comes to persistent models, no one at least in our knowledge competes with “James Marshall Ramsey.”

Who is James Ramsey?

James is a former U.S Army soldier who became a successful model and actor after losing one of his legs in a motorcycle accident. Born in Portland – Oregon on 5 October 1980, James applied for a delayed entry program of the U.S Army and got selected, immediately after completing high school. He served in the army for six years and honorably discharged at Sergeant rank. Sadly, not long after his discharge, he ran into a messy motorcycle accident and lost one of his legs.

Learning to Live With a Disability

Adjusting to normal life after a serious accident is hard, but with a disability, it is harder. It was extremely hard for James to accept his disability, but he did learn to accept and live with it. He knew if he refuses to accept his reality, he will never move forward into a happy future and find new goals. The hardest part for him was to face his feelings and pain without judgment. After he accepted his reality and learned to live with an amputation, he decided to get an education once again. He enrolled himself into Portland’s Le Cordon Bleu College of Culinary Arts, where he completed his Associate Degree. He also attended vocational welding classes at Portland Community College and received a degree in welding. By that time, James was already in a good place; he had learned to cope with his limitations, overcome economic and social challenges.

Start of a Modeling Career

The year 2015 proved lucky for James as Michael Stokes discovered him. Michael is an American photographer who is known for his work with soldiers wounded in Iraq and Afghanistan. His photos have been known for controversy. James Ramsey was featured in many publications across America. Michael provided him a fine opportunity in front of the camera that nicely transformed into a modeling career. You will also find him on titles of many romance novels published in the tattoo industry. He also appeared on hit IFC show “Portlandia” and “TLC Say Yes To The Dress.” James has worked with Con Air in multiple campaigns and appeared in Men’s Health Magazine. He has been interviewed in the survival tv show “The Wheel.” He was not serious when offered to appear in the show as he has to change his prosthetic every few days to keep it functioning normally, but he decided to go shortly after.

James’s inked physique is covered in very complicated or detailed tattoo designs, from super crisp portraits of art icons to floral patterns and a variety of memento mori. More than an attractive ink canvas, James Ramsey has also created a reputation for a formidable presence in front of the camera for many international brands. James Ramsey is not just a popular tattoo model and actor; he also is a good businessman who has managed his long and successful career himself.

James is definitely a beautiful inspiration for all people, especially for people with disabilities. If James can pull his own weight after a life-changing incident and become a successful player in the modeling industry, an industry that is all about good looks, flesh, and first impression, then why can’t all people to the same. By reading this article, you become aware of how he served in the army and return home safely; then he runs into a dirty accident, which became the reason for losing his leg. He didn’t give up; he went to college, graduated, and started living once more. His hard work and will be transformed him prosperous. Any disabled person will have hope of living and enjoying life again after reading his story and following him on one of his social media accounts. Every person with limitations might not get success in the modeling industry, but he might in one of many other industries like automobiles, blogging, e-commerce, finance, real estate, or even in the health industry.

James teaches us the value of life and how to be happy. He also helps others to accept everything that happens to them. The most prominent characteristic of James is how he turned his weaknesses into his biggest strength by not hiding his amputee’s leg. He rather likes to put it in Infront of hundreds of people. Ramsey shows us that life never ends if you lose something very precious, he worked hard toward achieving his dreams, and today he is known by many not only in the tattoo industry but also on social media.

James is living a happy, normal life despite his amputated leg. He has a healthy presence on social media, including Twitter, Facebook, and Instagram. He is in a strong relationship with his soon to be wife, Heidi Lavon, who is also very popular in the tattoo industry as a tattoo model, writer, and photographer. Heidi can be seen on the title of every major tattoo magazine, including Skinink, Tattoo Revue, Ultraviolet, and Ink Fashion. The couple James and Heidi, have also worked together and are also featured on the title of numerous magazines covering the tattoo industry, including X-Pressions, Tattoos For Men and Pleasure And Pain. James and Heidi are also famous on Instagram as hot tattoo couple. James gives proper time and attention to Heidi; they can be seen going out or doing activities together on social media, especially on Instagram. Presently James enjoys his time shooting guns and participating in his new passion for Ju-Jitsu.

Deadlifts on this awesome morning! Need to get my shoulders back and not so far in front of the bar, but still my favorite lift. @sofletehq @roguefitness #DieLiving #pnwonderland #oregon #deadliftsintheAM @ironoperatorbelt

Below is the modeling profile of James Ramsey. 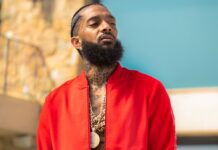