The Washington Note
Home Legal Advice When Should You Exercise Your Right to an Attorney? 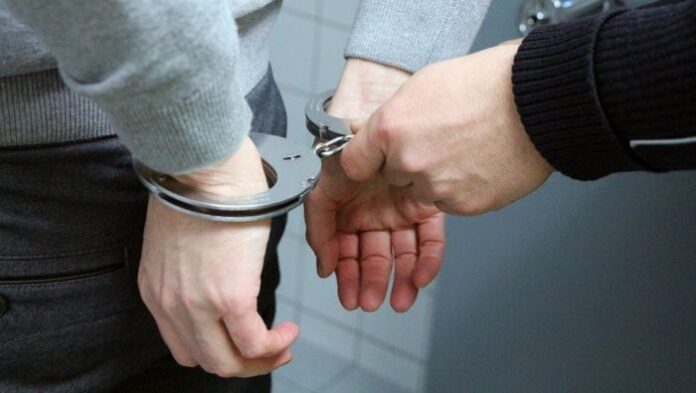 When accused or arrested of a crime, the criminal justice system affords you the right to an attorney. Whether it’s a DUI or something more serious, the best legal help can mean big differences between spending time in jail or paying a fine.

But at what point is a criminal defense attorney needed? At the time of the arrest? Before that happens? When being served a warrant?

If you don’t understand the law, it can be a very confusing process. This guide will help determine when to hire an attorney in situations when arrested or held by the police, questioned by the police, served a warrant, or in cases where you know a crime happened.

You Have the Right to an Attorney When Arrested

Plenty of situations call for seeking an attorney involving the police, especially when pulled over for a traffic stop or even in a setting when things can become chaotic.

You have the right to remain silent and you don’t have to tell the police where you are going or tell them our previous destination. You also don’t have to allow police to search your belongings or your vehicle, but they also may do a pat-down if they suspect a weapon.

You also don’t have to answer questions about citizenship.

Wishing to not say anything during this process is as easy as saying the words ‘I wish to remain silent.’ However, in some states, an officer may carry out an arrest simply because you refuse to answer any questions.

If you are arrested and call your criminal defense attorney, the police can’t listen to your phone call. Also, don’t sign anything or make any sort of decisions without talking with an attorney.

Asking Questions Without an Arrest

After a visit to the convenience store to pick up a few things, police want to ask you some questions because around the time of your visit, someone robbed the store. The store owner told police the suspect wore a black hoodie, which matches what you were wearing at the time.

According to Jarrett Maillet, this is a situation where you would want a lawyer present, just in case a situation progresses and for some reason, video camera footage shows someone who looks like you and you end up accused of a crime – especially one you didn’t commit.

Police can’t use physical force or forced coercion to talk to you, but you wouldn’t want to say anything that could end up in court.

Being Served a Warrant

When the police show up to serve a warrant, there’s an obvious concern because investigators believe there is evidence of a crime. An arrest warrant is signed by a judge where police believe you have committed a crime.

A judge can issue a bench warrant when you don’t appear for a scheduled court hearing. There are also warrants involving child support cases when you don’t pay money that is owed to the other party.

Call your lawyer immediately if there’s a warrant out for your arrest. Police can arrest you anywhere meaning they can show up at your job, a park while you are with your children, your house, or even while you are shopping.

Your attorney can be with you at your hearing to lessen either the charges or the risk of you spending the night in jail.

Knowledge of a Crime

Perhaps you know you committed a crime. It’s best to call an attorney immediately before things spiral out of control.

Regardless of what happened, the state still has to prove you committed the crime, so if you go to a police station and tell them you robbed a bank, you aren’t helping your cause. You could make matters worse. Remember, you are innocent until proven guilty.

Suppose there’s a situation where you and your best friend drove to a convenience store to pick up a few items and he ends up pulling out a gun and robs the clerk.  You certainly didn’t know this was going to happen and you could be in trouble because you witnessed a crime.

If you saw a crime happen, police could also implicate you as well. You could be charged as an accomplice. Again, the last thing you want to do is go to the police and tell them what happened without speaking to your attorney.

There are several instances where acts of self-defense can put you in legal trouble. The courts must look at the justification of self-defense and you will need legal help to protect your rights and explain why you felt threatened.

If your abusive partner knocked down your door at night and you used a gun to kill them because you felt threatened, this might be a case of self-defense. As a store owner, you attack and kill a thief who robbed your store several times. If you are attacked while walking down the street and someone tries to steal your belongings and you fight back, what happens?

Things can get tricky if the gun used in the act of self-defense is illegally owned or is stolen. Perhaps there might be a witness who is willing to tell a different side of the story.

You will need to hire an attorney in any of these situations because questions will no doubt be asked about what happened.

You have the right to an attorney should you find yourself accused or charged with a crime. Therefore, we suggest you use that right and make the most out of the situation. This can only benefit you.