Inventors are people who keep the world turning, and without them, we wouldn’t be able to enjoy life as it is today. Throughout history, many inventors managed to come up with ideas that had a huge impact on the way humans worked, lived and existed, and they deserve to be remembered for the things they did.

This is why in today’s article, we are going to talk about some of the most famous Jewish Inventors and their most famous inventions, so if you are currently interested to learn some more about this, feel free to stay with us until the end. Let’s take a look.

This person is known for firing the first laser ever seen by a human back in 1960, May 16th to be more precise. Although the credit for his work is not quite accepted by some people, because he used the blueprints and theoretics of Albert Einstein, he’s still the one who pulled of the practical work and made this work.

Lasers these days have a tremendous use, and they can be found in barcode scanners up to DVD players and many other tools and devices that we use daily. Without Theodore Maiman, things would’ve probably been very different, and even though he used a bit of help, we still cannot deny the fact that he created one of the most notable inventions in the entire world.

Imagine how tough life is for those who suffer from hearth illness and conditions that affect the single most important organ of the human body. Medicine exists for as long as humans do, but without the help of masterminds such as Paul Zoll, we wouldn’t have the equipment that we have today.

When somebody has a failing heart, they need to have an installed pacemaker that will keep them alive in case things start going very wrong. The same thing goes for patients that go through a heart-failure while they are in the hospital. Without a defibrillator, bringing them back to life is more than impossible.

Luckily, Paul Zoll, a Jewish inventor, managed to come up with ideas that helped pioneer the inventions of these extremely useful instruments. The pacemaker and the defibrillator saved millions of lives worldwide, and they are probably considered to be one of the most helpful inventions of humankind.

A German Jewish scientist, chemist to be more precise, managed to come up with a unique process that can allow people to create stainless steel, a much-improved version of regular steel that can battle things such as rust, corrosion and any types of staining.

Stainless steel is used for a lot of things these days, and even if you think that you’ve never purchased something specifically made out of this material, chances are that you already have a bunch of knives and other kitchen appliances in your own home that you’re not very aware of.

Thanks to this innovation, we can enjoy using steel tools and appliances without ever having to worry about them changing their appearance due to external factors. If you are interested in purchasing a few cool-looking things made out of stainless steel, feel free to visit Jewish.Shop and see what they have to offer.

Robert Oppenheimer is a Jewish American physicist who is known for creating one of the scariest things that humans know of, the atomic bomb. Although some people say that this invention shouldn’t have happened in the first place, if it wasn’t for Robert, eventually somebody else would’ve come up with the blueprints, so it’s just a matter of time, and we cannot blame him for doing it.

Robert realized that what he had created completely changed the way our world functions, and when he saw the potential of the atomic bomb, he started dedicating his entire life to regulating its usage. “With great power comes great responsibility” is truly a saying that can be said for a situation like this.

Two world-famous Jewish colleagues who gathered up and combined their skills to create something that we are all using multiple times per day in these modern times. Can you guess what it is? It’s Google, the world’s most powerful search engine, and probably one of the strongest companies on our planet.

Back when Google first appeared, people weren’t interested in it, let alone thinking that it’s going to become what it is today. Over time, the brilliant idea finally started getting the attention and fame it deserved.

Google is a company that doesn’t stop after one successful idea. Although owning the search engine is more than enough to retire forever, they still keep making very popular products and services, such as Chrome, Google Drive, Gmail and a lot of other useful cyber-tools.

The coronavirus is pretty trending nowadays, and we can use this chance to promote one of the best inventions that humans know of, the Polio vaccine made by Karl Landsteiner himself, a Jewish biologist knew for dedicating more than eight years of his life to create a cure.

Polio was a very famous disease that affected many people across the globe, especially in Europe and the United States. This infectious disease could sometimes have fatal results that depended on the age of the host and their immune system capabilities.

Without the vaccine, a lot more people could die because doctors at the moment had no clue how to treat the infected patients. Along with Jonas Salk, also a Jewish scientist, they managed to create the polio vaccine, and at the very end of that, they even decided not to patent it as their own. The reason for this was the agreement of the two kind-hearted inventors about never profiting from something that is meant to save lives.

Without the inventions of some people, our world could’ve been many steps behind when it comes to living comfortably and safely. Jewish people are known for their intelligence and outside-of-the-box thinking abilities, and it’s not surprising at all when you learn that some of the most useful inventions were created by Jewish inventors. 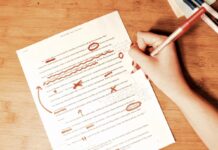 How to Choose a Reliable Site for Ordering an Essay 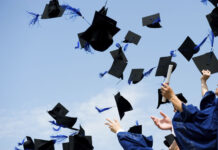 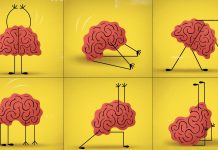 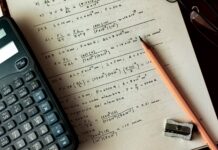 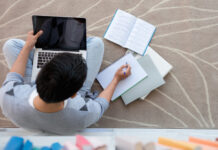 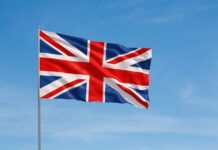