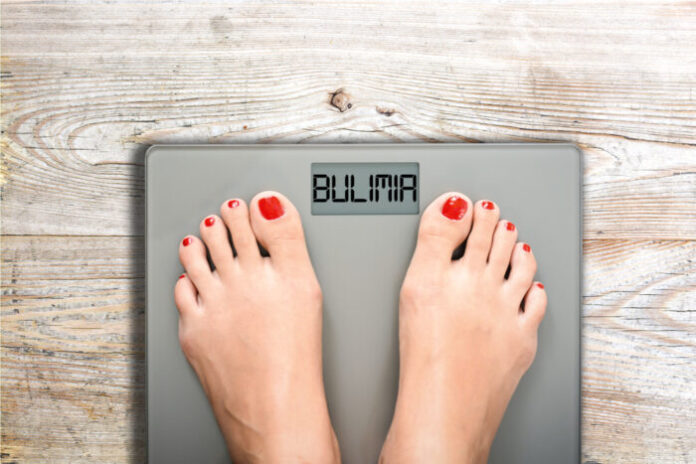 In a world that promotes skinny shredded bodies, it’s just challenging to find your own path when your body doesn’t look like the one of Victoria’s Secret angel.

And it’s even more difficult to eat healthy when your mental health impedes you from completing mundane activities like getting up from the bed, calling your friends or walking your dog.

Where does life lead you when the society promotes unrealistic body standards and you’re already struggling with mental issues? The safest destination is an eating disorder, and most of the time it’s either anorexia or bulimia. Anorexia isn’t the only complex eating disorder. Bulimia can cause many health problems like menstrual and hormonal irregularities (that can affect your fertility), anemia, fainting, a sore throat and dental erosion (from purging), and many other ones. Bulimia is a life-threatening condition, and it’s more difficult to fight it than anorexia because most of the times people with bulimia have healthy body weight. Because everyone is using appearance as a barometer, diagnosing the condition is more difficult than most of you think.

Often people with bulimia don’t want only a thin body, they want to fit in

Thinking that people become bulimic because they want to emulate celebrities’ skinny bodies is wrong. Bulimia doesn’t develop from people’s vanity to look better. The socio-cultural pressure to fit body standards is a prominent factor. Researchers and mental health experts also state that bulimia can be an interplay between environmental, psychological and genetic agents.

Assuming that people choose bulimia instead of a healthy lifestyle preserves shame, stigma and reluctance to find help. Bulimia is a symptom when people struggle with body image problems, but many also describe their behaviour as an effort to deal with mood swings, anxiety and lack of confidence.

Sometimes, when people suffer from bulimia, their appearance isn’t their main concern, but one of the symptoms. Binge eating and purging work as coping mechanisms for when they deal with uncomfortable emotions. It offers them a false sense of control and makes them think these devastating actions bring order to the chaos they experience. And because they’re afraid people will judge them for using superficial motivations to have disordered thoughts and behaviours, they refuse to seek help.

Often, people with bulimia don’t understand what’s happening and get caught in a never-ending spiral.

When speaking of eating disorders people expect the ones dealing with one to look different. One of the misconceptions they have is that everyone with bulimia is underweight. But some people don’t fit this stereotype, and this makes difficult for health experts to diagnose the condition.

It’s the moment to stop using someone’s body as a barometer for their health problems. Bulimia strives on interior feelings and people experiencing it seems to function fine on the outside.

Bulimia is an addiction, and willpower isn’t enough to fight it

People often have the misconception they can overcome their condition whenever they want because they have strong willpower. They only push forward the moment because they have the illusion their determination is enough to stop their addiction. But the sad part is that their condition keeps them stuck in a loop of unhealthy habits for a long time before they find the strength to ask for help. And sometimes, seeing that their willpower isn’t enough to overcome the illness exacerbates their disappointment and pushes them to harsher actions.

Some studies show that bulimia is similar to drug addiction and people need professional help to change their behaviour. Binge eating and purging are similar to drinking and using drugs for people fighting eating disorders. The more they lie to themselves that they can stop, the more they lose control. The only way to stop it is to accept they need help and to reach for it.

Recovering from an eating disorder is different for each individual. But the process starts with seeking for expert help and working with therapists like the ones from Help4Addiction. Patients and their families need to know that effective treatments can help them overcome their illness and produce lasting effects. Seeking help is a crucial step in the process because eating disorders are so severe and cause so many complications only qualified experts can provide an effective treatment that minimises side-effects.

Professionals recommend family-based therapy to help patients change their eating habits with their family’s support. Often, teenagers rely on this therapy to improve their eating habits. For adults, cognitive-behavioural therapy works best because it helps them change their attitude, beliefs and cognitive processes that support the condition. For patients dealing with mental health problems medications like antidepressants and anti-anxiety drugs also work because they treat the issues that triggered eating disorders in the first place.

Bulimia is as dangerous as anorexia

Even if the effects on the body aren’t so visible as with anorexia, bulimia is a serious condition because it can result in many health problems. A study in The American Journal of Psychiatry reveals that the mortality rate for people with bulimia is 3.9% compared with 4% for anorexic patients. It’s challenging to estimate how deadly eating disorders are because some death certificates use other conditions to motivate fatalities.

Bulimia can kill an individual in various ways. One way is by disrupting the electrolytes levels. Electrolytes are chemicals found in the human body that maintain a regular heartbeat. Because people feel guilty for binge eating, they exercise excessively to remove the calories from their bodies, and doing so, they’re at risk of electrolytes imbalance and dehydration. An imbalance can lead to cardiac arrest, one of the main factors that cause death. Extreme binging can cause stomach rupture and purging can lead to strained or ruptured oesophagus, and both results can prove deadly for patients.

Because bulimia is often a symptom for a mental condition like depression, it increases the risk of suicide.

Eating disorders work like tornadoes that wreak havoc on people’s lives making them wonder if they want to live a life, they’re no longer happy with.

Is a Water Descaler Better Than a Water Softener?

How To Differentiate Between Breast Cancer and Gynecomastia?

How to Use Real Estate Properties To Grow Your Investment Portfolio

7 Signs You Need a Professional Marketing Agency to Improve Your...