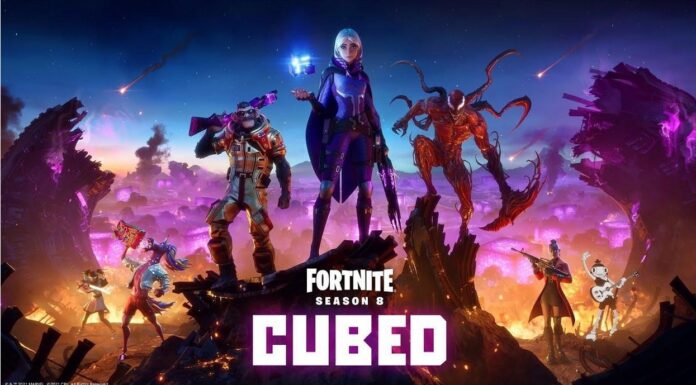 It’s been over a week into the latest Fortnite update, but things don’t seem to be calming down anytime soon. If you’re one of the people who have been too busy to check into the game, you would probably be surprised by all the weird purple cubes laying around. 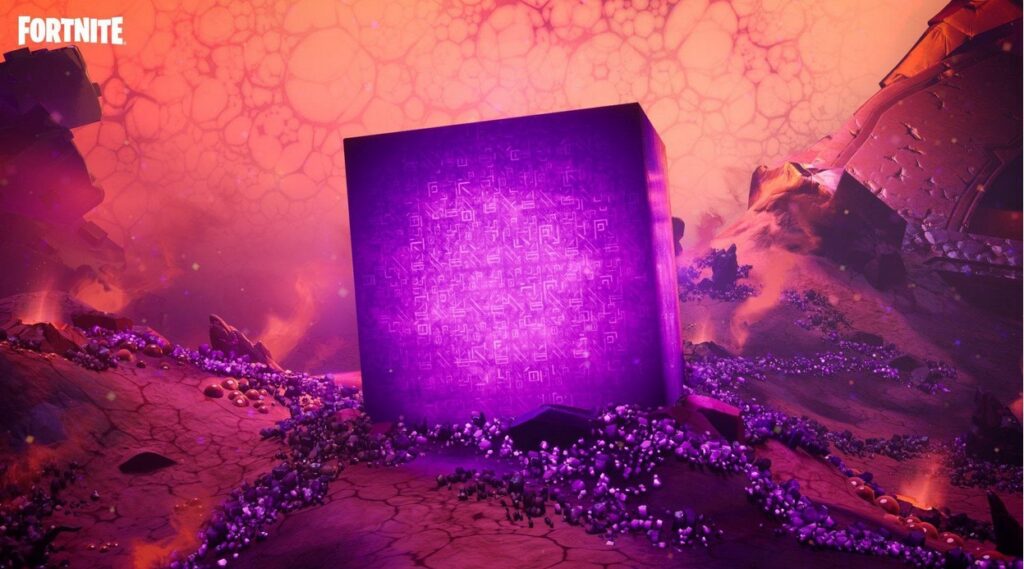 As part of the aftermath of the Alien Mothership invasion, the purple cubes that powered them have crashed on the island, starting up some nasty things. There are random portals leading to the dark, monster-infested ‘Sideways’ and corruption being spread around.

These purple cubes are mostly concentrated on the wreckage site of the ship, where some of its techs are still functional. The Shadow Stones are back, and when consumed, could turn you into a ghost-like apparition. This helps if you want to run around undetected or ambush others in the area. However, weapons could not be used in this state, but you can break out of the effect before it wears off if you want to.

Due to the spreading corruption, these purple cubes have affected the wildlife in the area as well, llamas can get stunned after substantial damage and cubic Shadow Floppers are seen in the surrounding waters. 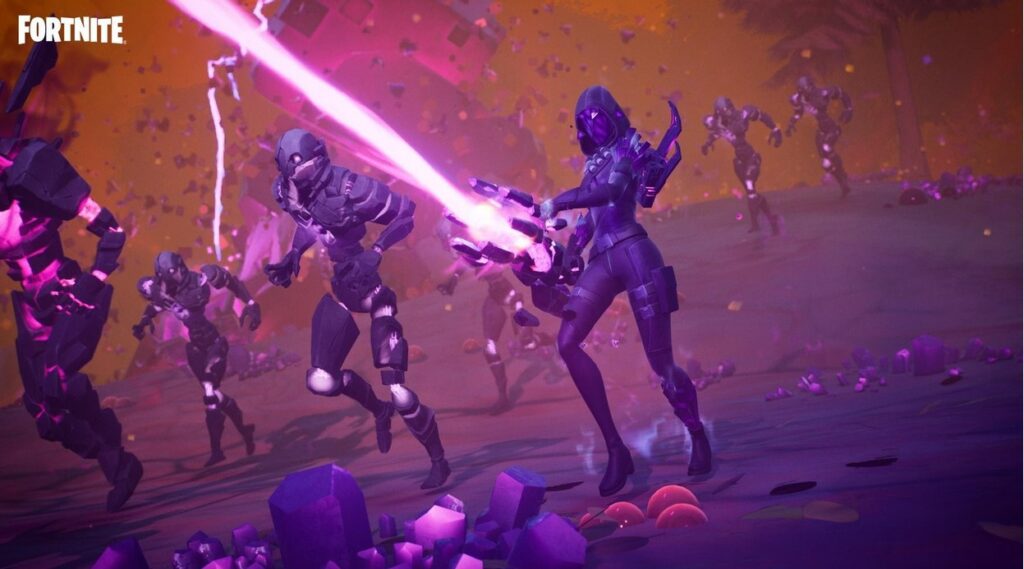 Being thrown into an alternate reality filled with dark monsters trying to hunt you down doesn’t seem like fun, but that’s exactly what you get when you are sucked into a Sideways portal or Sideways Anomalies.

To locate the Sideways Anomalies, they’re marked as dark spots on the map with a purplish glow. Entering these anomalies would grant you a limited time to defeat the monsters that attack you, so be quick and get it over with!

With this update, random areas of the island will be covered with a purplish dome bubble every match, they’re called Sideways Zones.

When you get too close to a Sideways portal, you will be sucked in and are now forced to defeat waves of cube monsters which will reward you with Sideways weapons and special crafting items like Cube Monster Parts. This zone feels weird, there are no buildings and has low gravity for you to navigate. 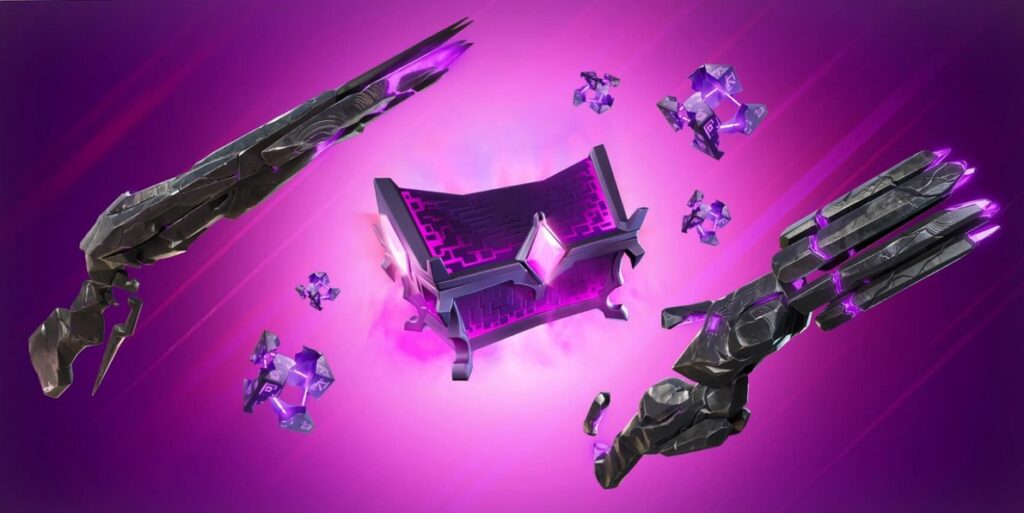 As with all new seasons and events, we get new weapons! When you open chests in Sideways, you’ll be rewarded with Sideways weapons – the Sideways Rifle and the Sideways Minigun.

In Sideway Zones, weapons can be found as loot and the monsters won’t rush at you in a mob-like fashion like the ones in Sideways Anomalies, so figure out a strategy for both situations.

Working As A Community 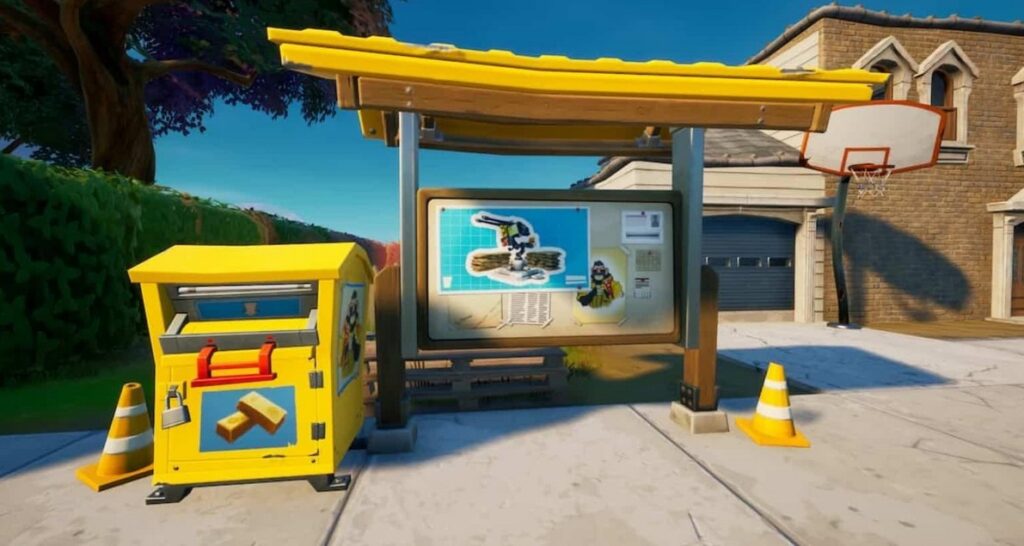 In order to successfully beat these monsters and the cubes, you’ll have to work together with the rest of the Fortnite community to build turrets, decide on which weapons to bring back, as well as items to unvault and more as the season continues. Funding Stations and Donation Boxes have popped up for players to contribute to the community. 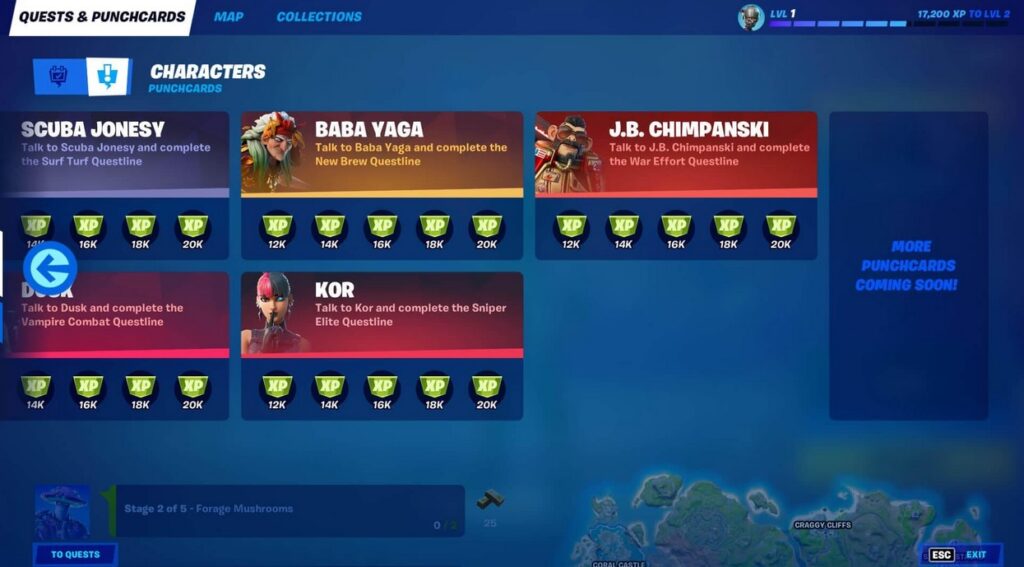 Punch Cards are back, as residents of the island are in need of your help. There will be new Punch Card missions for you to finish up in order to uncover the island further with the other residents.

Working on things together with others always seem like the better option, right? That’s where Party Quest comes into play! You can chat with Residents through Phone Booths when you’re out adventuring and ask them to join you so you would have more help. The more Loopers you bring along, the more quests you will be able to complete –  so make sure to bring everyone on this adventure with you. 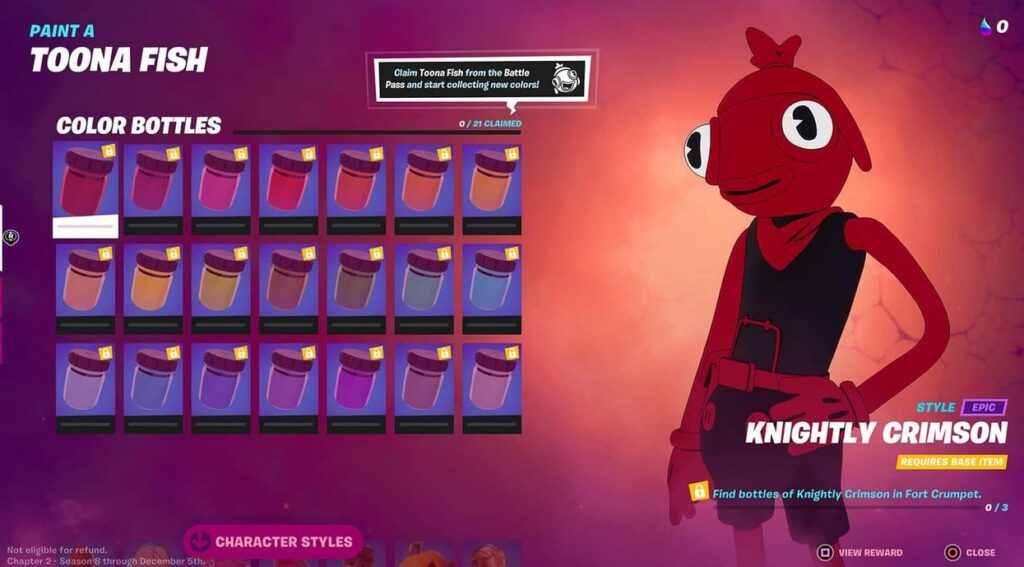 Well, the Toona Fish are ready for more splashes of colour in their lives from the usual black and white, so it’s up to you to find some colour bottles and rainbow ink along your journey. You’ll be rewarded with a Toona Fish when you start on the latest battle pass and can customize it with your favourite colours.

You’ll need to collect three of each colour to unlock its style option to use for your Toona Fish, and there’s quite a number of locations you can run around to find them. They are found in chests, with a higher probability in Cosmic Chests.

Of course, once you’ve gathered enough Rainbow Ink, you can unlock predefined Character Styles for your Toona Fish based on popular Fortnite characters like Peely. 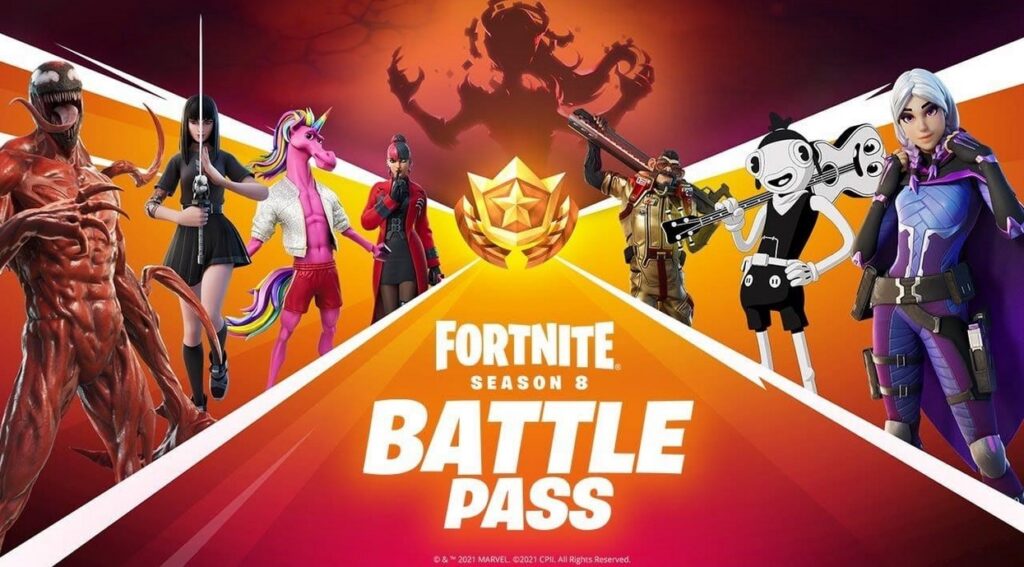 Similar to the previous season, the battle pass is divided into pages for you to unlock as you progress through the season. There’s a total of 10 pages and 2 extra rewards pages as listed below:

These are main character skin unlocks, but there are also badges, weapons, cosmetics and more on each of these pages which can be unlocked by completing all the weekly challenges and a lot of matches. If you’re out to unlock everything, you’ll definitely need to put in a lot of work.

It’s definitely a good bargain to get the battle pass if you’re an avid fan of Fortnite, so make sure to get some V-Bucks over here at OffGamers to get your hands on the battle pass today!

Well, that’s all we know so far and as the game continues to roll out updates and changes, we’re excited to see how it all ends! Plus, with the rumours of upcoming characters like Naruto being brought into the game; it’s going to be interesting how Fortnite plans to spin the stories and worlds it has created.