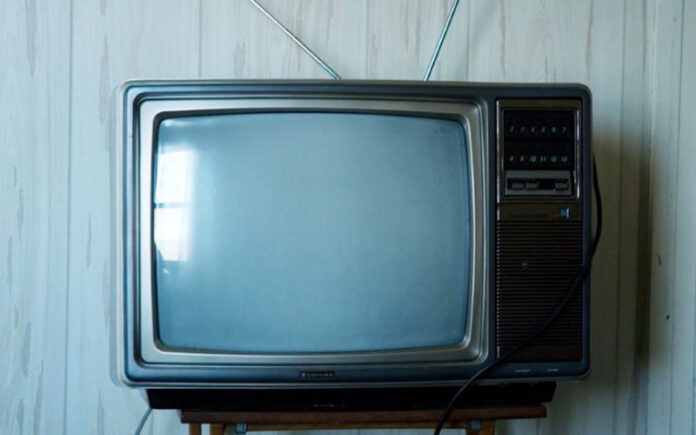 Did you know that television technology originates from the late 19th century when the cathode ray tube was invented? Did you know that the first time it produced an image was in 1907? It does sound amazing, doesn’t it?

The first electronic TV was invented in 1927 and it basically was the camera (it used a beam of electrons to obtain moving images). It was created by Philo Taylor Farnsworth who was 21 at the time. Interestingly, he grew up without electricity in his home until he was 14.

What made his invention so important was the fact that it was years ahead of the mechanical TV system that had been created that far. As it is to be expected, the first image that was broadcasted was a basic line. After being asked by one of the interested investors ”When are we going to see some dollars in this thing, Farnsworth?”, he aired an image of a dollar sign.

During the next few years, the creators of mechanical TV tried to improve and upgrade their invention, but soon, they realized that it was useless, since the electronic one was more advanced in every possible sense.

What were the first TV station and the program?

As it is to be expected, as soon as a mechanical TV was created, so was the first station. Its name was W3XK and it was founded by Charles Francis Jenkins, a man who was one of the makers of mechanical TV. On July 2, 1928, this station broadcast its first program.

What’s more, there was another station, and fascinatingly, it still operates today. We are talking about WRGB. It was founded in January 1928, and the first broadcast was aired in February of the same year.

The first program that was broadcasted in America was a drama called “The Queen’s Messenger”. This was actually a radio drama that was altered and transformed into a television drama.

What were the early TV networks?

The first television networks in America were ABC, CBS, NBC, and DuMont. As you can see, all of them, except for DuMont operate even today which is quite fascinating. The DuMont network ceased to exist in 1956 and most of its work was taken over by ABC.

NBC was actually the first network to air a commercial, even though this didn’t happen until 1941. This advertisement for Bulova watches was 10 seconds long and it was broadcasted before a baseball game between the Philadelphia Phillies and Brooklyn Dodgers. Do you know how much the company paid for it? $9.

The initial idea that was patented regarding color TV dates back to 1904. Clearly, at the time it was only an idea. The first conceptualized color system originates from 1925, and it was created by Vladimir Zworykin. Unfortunately, this attempt at creating something new was unsuccessful, as were many others in the future.

However, not until World War II was color TV once again appealing to people. After the war, black and white TV was considered to be outdated, so the companies started thinking about creating a color one. This caused a confrontation between major companies – RCA and CBS. The latter one was the first to produce a color TV, however, it had one major flaw – it was a mechanical one meaning that it wasn’t complimentary to TV sets that people used all around the US.

RCA continued to work on the development of their own color TV that would be compatible with RCA TV sets that were mostly used, and in 1953, the FCC recognized that RCA had done a better job, so their systems started selling in 1954.

Intriguingly, the first color TVs were faced with the same problems as modern devices. Even though some people invested in them, networks did not air nor produce color content. Well, at least not until 1966 when it became a standard.

Even though analog TV was appreciated by people for a few decades, soon its many disadvantages become obvious. One of the biggest ones was the poor quality of the picture which only became more visible as the TVs become larger.

In the 1990s, digital television was launched. Regardless of its many advantages, a lot of people still watched the analog one, until the late 2000s that is 2009 to be exact, when the transition from analog to digital started. During this period, both analog and digital ones had been available until the transition was over.

Digital television has allowed for numerous inventions such as smart and 3D TV, devices that we cannot imagine our lives without. The reason why we all adore the former one is the fact that we can connect it to the Internet and other electronic devices. This means that it can easily be transformed into another gadget that is going to provide us with hours of entertainment.

Even though 3D one was expected to make a boom because it can improve one’s viewing experience, things turned out differently. In the early 2010s, networks created and aired movies and shows in this format, but in 2013 they all faded away.

The main choice that consumers have to make nowadays is whether they should go with cable or satellite TV. Both of these can provide a person with hundreds of channels, but still there are some differences between them. The former transmits the signal via radio waves and TV antenna i.e. it uses terrestrial equipment.

On the other hand, the latter uses a communication satellite and a TV dish. Because of this, this form of television is available in remote areas, which is why more and more people opt for it. Similarly, customers can also have a wide range of international channels that they would get via cable TV.

Finally, when it comes to the cost, it can greatly differ. As you know, people that use cable TV have to pay a monthly fee that depends on the provider and the service they get. On the other note, purchasing a satellite dish and other pieces of equipment can be a significant investment, but after that, the costs are non-existing. If you are interested in CCTV installation, you can find out here about both of these.