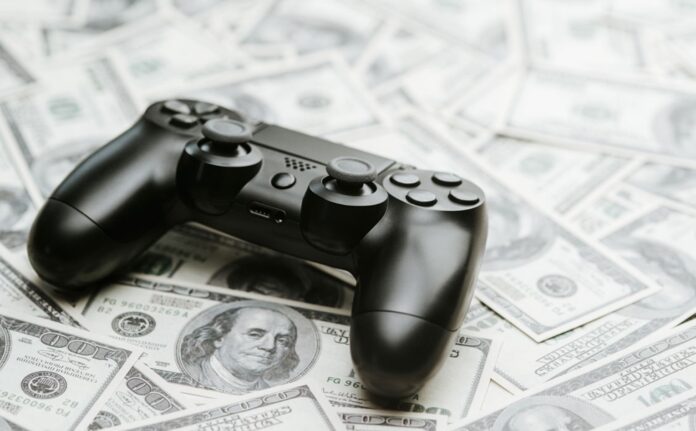 Thanks to the rise of technology and all the amazing innovations it brings, gaming has become one of the most powerful industries in the world. In this case, the synonyms for powerful are profitable, fun, and popular. Ever since the first game was invented in the middle of the 20th century, the process of constant growth hasn’t stopped until this day. Whether it’s about visual effects and user experience or the technology behind the games, no one really expected that gaming could actually become a strong financial source for its players in the future.

The first ever game was a game machine rather than the modern ones we know of today. It was named Nim and after it appeared, it was quite popular, although the computer used to win the vast majority of times. It was the beginning of a revolution that resulted in the first commercial home games, a couple of decades later. With the arrival of personal computers on the market, significant changes and gaming innovations came as well. No need to mention what the Internet and Lan networks did to this industry. The highest speeds ever, along with the unlimited access to the Internet, and enormously improved computer components led to the beginning of the gaming world as it is today. However, the real boom was seen right after multiplayer gaming entered the stage. When online gaming took place, nothing was the same anymore.

Up until recently, (if 10 years ago can be considered as recently), earning money by playing your favorite online games was more than unimaginable. There just wasn’t any common sense in believing that making a career in gambling would be possible. Nonetheless, little did we know that almost every aspect of the digital world will soon become a powerful asset for the ones who choose to make this into their life calling.

But, how do gamers make their money?

The money gamers make didn’t come out of nowhere. Today, gaming is something equally interesting for the viewers, as it is for the players. Geographical limits have been erased, and people can connect, have fun and socialize, no matter where they are on the planet. Competitive gaming has become a thing, not only because people love being challenged and challenging others, but because there are serious winnings in the game. According to GamingBeasts, being up to date with all the new ones that appear on the market and taking advantage of the games that are extremely popular, is the number one thing to do, if you consider turning your hobby into a job. And if you are planning to sell your game you can just visit theoldschoolgamevault.com and find more about it.

As the popularity of this industry grew, other industries wanted to invest money and merge with gaming companies, which allowed them to expand their network of customers and users and finally, make big profits. As a result, players started getting financial support from numerous sponsors, so the gaming career was not only about playing the games, but the entrepreneurship, collaboration and marketing as well. Everybody wants to be a pro, but only a small percentage of people really get there. Still, the richest professional video game player in the world, has made around $17 million last year only. But, what does his income consist of?

Without marketing, you can’t do much nowadays. However, if playing games is what you love doing, then everything else will spontaneously follow. Many gamers stream their games on YouTube, which then allows them to become popular, earn social following not only on this platform, but on others as well. As they reach a certain point where they slowly become significant in the world of gaming, they start to get offers from sponsors who resonate with their personality, audience or any other quality these gamers have. Then the list of opportunities only becomes longer. In case of the world’s number one at the moment, Tyler Blevins, those opportunities consist of collaboration with the world’s most famous brands such as Adidas or NFL. But sponsorships are only one of several sources of income for pro gamers. The others are — prize money, video-on-demand, streaming live or even getting a regular salary. The average pro gamer can earn himself a nice $50k salary per year, solely from regular salaries. Sounds good doesn’t it?

1. The oldest of them all – Prizes

Ever since the first tournament has been played, the prizes became every player’s goal. The amount of money a player can get per single win varies, but it can go up from several hundreds of thousands of dollars, to even millions. These tournaments can be local, limited to a country, or international. They consist of only the top players so they are also necessity for any player that wants to be recognized as a pro. Logically, only the ones with the best skills, master knowledge and a lot of experience can actually indulge in the tournaments. There are several teams with up to 10 players, who, if they win, share the prize amongst themselves. If that prize is $25 million, it seems like it’s worth trying?

Just like any other employer, gamers can earn their salary too. The only difference is that they can have fun all day long, unlike the people in other professions. Salaries doesn’t necessarily have to be regular, although they can be paid monthly, once in 3 months or any other way, depending on the deal of the gaming companies and their players. To be able to work this way, the pro player has to have enough of victories in his portfolio. Not only will he prove he is a valuable ambassador for a certain game company, but it’s almost become a must to have a strong social media presence. Gaming career is public, and players need to be ready to use their persona to make a living out of what they love. Professionals can earn something between one and 10 thousand dollars per month.

As mentioned before, sponsorships are one of the biggest sources of income for pro gamers. If you are interested and successful in the world of gaming, you’ll most likely attract some of the world’s biggest companies who will be more than happy to sponsor and promote you. The most common brands are the ones in the food and beverage field, car industry, as well as sports-related ones. Thanks to the popular streaming platforms, players who don’t want to compete can also earn significant amounts of money, thanks to the subscriptions of their followers. There are also numerous donations and bonuses that gamers can take advantage of, but they are not as regular as all the other sources of income.

With so much opportunities in this field, the right question would be: what are you waiting for?