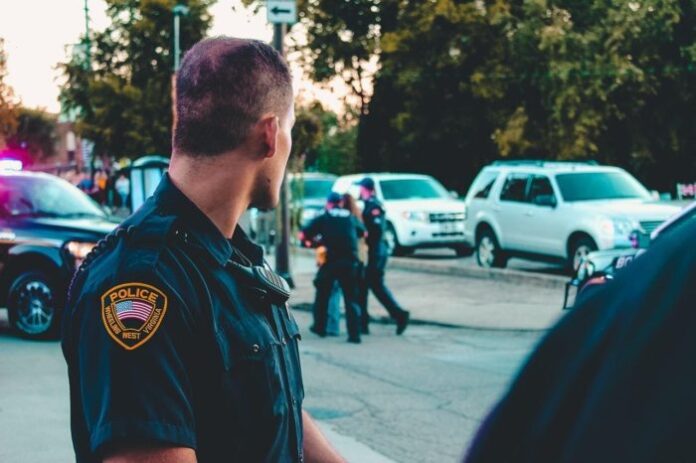 You’ve most likely heard the saying, “crime never sleeps,”. Although it may be cliché, it’s true. Law enforcement has to work around the clock to keep people safe. This tireless job is not only challenging, but it’s also physically and mentally demanding.

Thankfully, modern technology is changing this.

Over the past few decades, police officers have started relying on a large number of technological devices. These devices make it easier for law enforcement officers to do their jobs efficiently.

The following items are common examples of technological devices that modern law enforcement officers rely on:

Every good action movie has a car chase: the bad guys skid around corners and race through side streets with the authorities hot on their trail. However, this isn’t something that just happens in movies. Vehicular pursuits are dangerous and need to be taken extremely seriously.

In the past, law enforcement would use a helicopter to pursue vehicles from above. Although this method is useful, it’s costly and hazardous.

Instead of sending out a helicopter, modern police officers rely on vehicle pursuit technology. Authorities can use this technology to keep track of a vehicle during a chase.

So, how does vehicle pursuit technology work?

During a chase, an officer shoots a small, sticky projectile at the evading vehicle. The projectile will then stick to the vehicle and activate its GPS (global positioning systems) function. The projectile can then provide the police officer with the exact location of the person being pursued. This gives law enforcement a substantial upper hand during a vehicular pursuit.

Law enforcement officers can use heat images to get a visual representation of their surroundings. Thermal imaging technology is particularly useful when there is little to no visibility.

Thermal imaging technology has made it substantially easier for law enforcement officers to:

Not to mention, these devices are handheld, which allows police officers to have them on their person at all times.

This is one of the most crucial pieces of technology for police officers. You can find a rugged computer in practically every law enforcement vehicle in your area.

So, what is a rugged computer exactly? For those that don’t know, rugged computers are high-quality devices that offer a wide range of benefits for police officers.

Rugged computers are made out of durable materials that can withstand aggressive use. This means that they can be dropped and used aggressively without getting damaged.

These devices are also waterproof, weatherproof and have low power operation functions. Modern rugged computers have the ability to run software like Windows 10, giving authorities the ability to access a plethora of programs and websites.

Law enforcement officers can use rugged computers for a number of tasks, including:

It’s also worth mentioning that many rugged computers can be used as DVR (digital video recording) systems. This gives police officers the ability to document their surroundings while they are driving.

If you’d like to learn more about how rugged computers can potentially help you improve your business, feel free to check out Smallpc.com. The manufacturer creates a wide variety of custom-made rugged computers and keyboards that are ideal for all of the industries mentioned above. Not to mention, the team is friendly, experienced, and they know how to select the best rugged computer for your business.

During a hostage situation, you can never be too careful. You need to understand your surroundings before proceeding. Failing to do this can lead to severe consequences.

When a law enforcement officer doesn’t have a clear line of sight, they can use a robotic camera system. These devices can be deployed in small, cramped areas that are difficult to access.

These motorized devices can move around large areas subtly and quickly. They also have the ability to climb, making them a versatile tool during dangerous situations with uneven ground.

Best of all, these devices can be used remotely from a safe distance. This means that law enforcement officers can learn more about their surroundings without jeopardizing their safety.

Nothing is more startling than the sound of an unexpected gunshot. The noise generally makes people feel uncomfortable and unsafe.

Police offers do everything in their power to minimize gun violence. One of the most effective methods is using gunshot detection systems.

Although the technology is still relatively new, gunshot detection systems are slowly being integrated into major cities across the country. Law enforcement officers use these systems to monitor the gunfire in a specific location.

Gunshot detection systems have become an invaluable tool for police officers. These systems allow officers to respond to crime scenes more promptly. This makes it easier for police officers to apprehend the criminal and this reflects on how attorneys do their work as well, according to Barry, Barall & Spinella, LLC. Fast response time also increases the likelihood of the victim getting prompt medical support.

Technology is gradually changing the landscape of a number of industries, especially law enforcement. In terms of technology, there have been several leaps and bounds over the past few years. The technological devices mentioned above are making it easier for law enforcement officers to keep their communities safe.

However, these devices are just the tip of the iceberg; there are new pieces of technology being introduced to the industry every year.