The Washington Note
Home People How the Internet and Social Media is Influencing the Mindset of the...

We don’t even need research anymore to tell us the percentage of how many people are active on any sort of social media, nowadays. Everyone is literally everywhere. Almost 75% of the world has or is in the process of making their profiles on various social media platforms. Out of those, around 90% of the population is the youth. A person is said to be using at least 3 social media accounts at the same time; switching between them constantly to be on the go everywhere.

It is no secret that social media attracts the youth towards itself just as fire does the firefly. While the firefly gets burned – is our youth burning itself as well?

As for this generation, Facebook was once most common, and less materialistic. Instagram is a sort of a visualized social networking platform, which has achieved the same but is all about lifestyle and wellbeing. In the last couple of years, Instagram has grown its success and is firmly competing Facebook. It is the unregulated area to display the health and lifestyle that distinguishes material assets that have shown the ability of the young to achieve recognition and approval from their peers.

Loss of attention and importance may also, in particular for our young people and people in the early 20s, be considered another consequence of social networking. Anyone who stays and operates in a major town or even a community would have noticed teens playing around on their smartphones.

It isn’t the phones alone, but the obsession of the social media that produces waves of distracted mobile zombies that actually didn’t do something constructive, just spending the rest of their time on social networking. However, while social media could have many positive sides if we want to use them, silver linings don’t do anything to relieve our distrust of their long-term consequences when the negatives weigh them down.

A lot of people argue that social media influences the youth in a highly negative way as it gives them the chance to create fake personas – give them resort in a universe of their choice. They can do and be as they please on such platforms and no one can point fingers at them because hey … who knows the real Catty Peary, right?

If they don’t make fake personas they are going about sharing their bodies over the social platforms for a bunch of likes and comments. It makes them want to show off their assets and filter out all their flaws. Therefore, social media is a forum made to promote ego, hatred, arrogance, narcissism and online relationships that can end up as cyberbullying. In short, social media is nothing more than a place to boost as well as boasting one’s social status or other material possessions.

However, is this popular opinion truly something to rely on or has the world shifted a bit?

In my opinion, the accessibility of social media has nothing to do with the bad choices an individual makes at a young age. If you ask your grandparents and you will see they did something bad and risky in their youth as well and they sure as hell did not have any internet connection to boast on. A bit of eccentricity has always been a part of human nature. You can either learn from other people’s mistakes without doing anything yourself or you can go have the experience yourself. Honestly, a doctor does not become a doctor until he has operated and put his knowledge to practical use. The theory is good to know and understand but experiences not only enhance one’s character but also adds up to their personalities. Anyhow, here is a list as to why social media influences the youth in a positive manner.

If someone has been using social media long enough and that too in a good way; making friends and inspiring positivity or reality. They are sure to have social growth. Due to the deep desire to have likes and comments on their posts and photos etc. one has to observe the pattern that leads to such things. This helps people understand the importance of “give and take” not just on social media but also in real life. This also helps them understand the social trends and in turn have social growth. Such people find it easy to fit into their jobs as well as educational institutes.

So what if someone has fewer friends in their own respective locations or so. With or without social media, the loners would stay loners. No need to blame technology for someone’s lack of interest or anxiety in socializing.

Due to social media, no news stays hidden. People are able to be more vocal about their issues and sorting out help. The current youth generation is highly woke and does not invest their time stalking or bullying others, nowadays. Social media is more of a tool for them to spread awareness and start campaigns for equality, abuse control or so.

Students can connect with their teachers outside of class with the help of social media platforms without having to think about the appropriateness of time. Moreover, in case of an event when the teacher or students are unable to attend the class – live lectures can help in those who want to teach or study despite the boundaries. And it doesn’t end with teachers – one can also video call friends and have a group study without leaving the comforts of their own homes.

In the end, the answer to that very often asked question about the internet and social media being a boon or a bane can be satisfied with quite a high degree, check this link. The way a person uses technology is on that very person. Medicines, for example, can be used to treat the diseased or it can be used to savor as drugs. Don’t blame the vessel, blame the actual culprit. 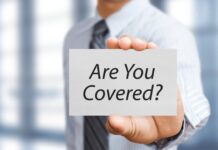 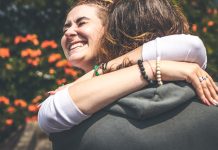 How To Find A Friend You Lost Contact With 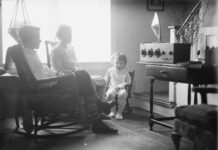 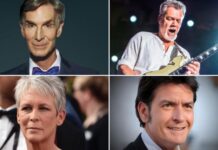