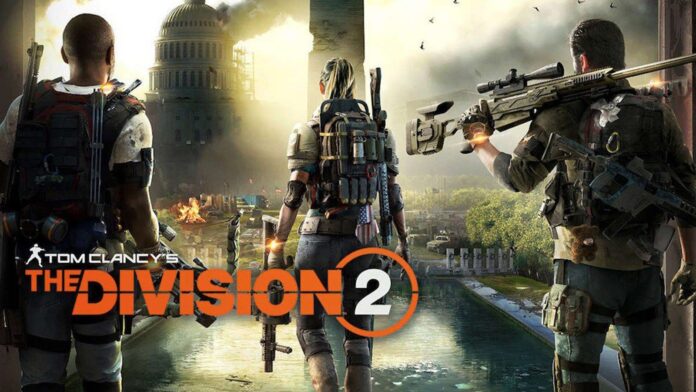 Snow-covered New York stayed behind us, the agents call us on, to the very capital of the United States of America, Washington. We find chaos in the capital. The state as it once ruled no longer exists. On the streets, Hyenas, Outcasts, and True Sons are fighting for supremacy. Three organizations that have the same goal, to restore order and peace as it existed before the virus. With borders closed to Mexico, the people are seeking salvation from us, members of The Division, who must push the enemy with all their might and slowly restore peace and stability to the pillars of the White House.

Leaving New York, The Division 2 left behind a number of shortcomings that the original carried and which the players complained a lot, so from the very beginning, it is clear that the development of this title was approached quite seriously and with the aim of providing a more perfect heir. That way, The Division 2 adorns all the features you expect from a quality looter shooter title – a satisfying loot, tough enemies, missions that won’t bore you after 5-6 hours of playing… basically everything previous part lacks.

The player, as an agent of the Division, will have the task of helping the smaller communes to bring life back to normal, but along the way, he will settle accounts for the gangs that suit the chaos. The problem here is that too many different characters appear through the missions, who didn’t get much time in the sequences, which is why the player will never have a chance to bond with them, and in later parts, it seems like the screenwriters gave up their job and told the players that yet it is more important that they find good equipment and kill all the bad guys on the screen. The authors seemed to think that Washington would be interesting enough in itself for the players to create their own “story” by running through the city and the Dark Zone. While this may sound bad, it is not so pronounced in the game itself because the story is there to emphasize the atmosphere of this achievement in which it definitely succeeds, and players should collect various collectable items.

This can also be justified by the fact that The Divsion 2 looter shooter is a game that is intended to be played long after completing the main missions. In this segment, it is difficult to notice differences in relation to the first game in the first place, because the performance from the third person and the cover system are retained. This means that there are still good and bad things from the predecessor, although it is noticed that the authors have invested a lot of effort to correct the biggest problems. Although it seemed that the game was dead at the end of 2019 and that no one was playing it anymore, DLC Warlords of New York revived the community. Check LFcarry to see what Warlords of New York boost are available.

If you don’t try it yourself, you won’t realize how deep the game has the mechanics of character development when it comes to building perfect character stats. The game offers a bunch of brands, sets, weapons, modifications, skills. All with various bonuses and benefits.

All of you who play games like this know that we always strive to make the best character possible. Here you have literally hundreds of ways to do it. Each piece of equipment has its own why and how. Every weapon upgrade makes sense.

The Division 2 has a really deep system of combining different pieces of equipment, which together with the bonuses that weapons bring, make one meaningful whole. There are so many macro and micro details that you will spend a lot of time in the menu and stacking the perfect equipment.

Aside from your two rifles or whatever you choose to carry, there are all sorts of skills that have a lot more of them than before. Each skill has several types. You can always have 2 skills with you. You have a total of 8 skills in the game, and each of them has several types that you can modify with various modes that again give additional bonuses. We will tell you how to improve those skills.

There are 8 skills as we previously mentioned and they are: Chem Launcher, Drone, Hive, Seeker Mine, Turret, Firefly, Pulse and Shield. There is something in the game called skill power. At the beginning of the game it is at zero, and as you progress in the game, it grows. The more skill you have, the stronger your skill. Also, there are various gears that affect this as well. This primarily refers to Brand sets. There are also many other gears as well as gear mods. It is common for you to start improving your skills around level 10. There are also perks. The Quartermaster will give you perks, and the first perks will refer to the fact that you can carry two weapons. Not all perks are equally important, so it’s important to pay attention to what you’ll be spending your SDH Tech on. Some relate to armor and increase the volume of the backpack and these are among the most important perks. As well as those who increase bonus points for headshots. While some others are much less important and it is not necessary to spend SDH Tech on them.

What is SHD Tech?

Shade tech is the currency you need to improve. There are various missions, both main and side, that SHD tech can bring you. Also, cache drops. Each level up brings you points too. To find cache drops, look at the map where it will be marked. But only after using the computer in Safe House. You need to be frugal with SHD tech because you will need both skills and perks, and the more advanced they are, the more SHD tech you need to spend for upgrade.

In the end, we can only say that The Division 2, with smart enemies and tasks that you will never consider routine, fantastic depth of progress, and a living and reactive world, convincingly ascended the throne of looter shooter games and showed everyone what qualities a game should have.