The Washington Note
Home Crypto The Internet of Things and Cryptocurrency

Over the last decade, cryptocurrency has progressed from a fringe concept to a popular investment strategy. There are more applications for cryptocurrency than ever, as more businesses accept it as a form of payment.

This technology overlaps with the Internet of Things (IoT) in various ways, ranging from IoT botnets that aid crypto mining to increased economic security in a local IoT network. As IoT gadgets become more embedded into our daily lives, they also become more inextricably linked to our wallets.

However, by incorporating the application of cryptocurrencies into IoT, those transactions can be expedited. While an IoT gadget might be tied to a bank account rather than a cryptocurrency account, cryptocurrency security is light-years ahead of standard encryption.

Restocking your refrigerator is an example of an IoT crypto application. Several IoT devices offer payment options that don’t require real currency. If you program your smart home to buy shopping or pay a bill at specific times of the month, adding IoT crypto as a payment option streamlines the process significantly.

If you own a business, you can use blockchain technology to safeguard how your IoT handles data. IoT involves continually transmitting data from many devices. Incorporating blockchain technology into IoT makes data transfer safer and more efficient because it’s cryptographically secure and decentralized.

A cryptocurrency with an IoT connection is the best cryptocurrency to utilize for an IoT transaction. If you’re considering using IoT crypto to your benefit, these are some of the best possibilities.

IoTeX is a next-generation privacy cryptocurrency aimed at the IoT industry. It’s the only cryptocurrency in the business, which is still in its infancy. IoTex offers a slew of intriguing features that are certain to improve the sector using blockchain technology, and it’s the first cryptocurrency platform designed to meet the demands of businesses in the rapidly expanding IoT market.

The IoTeX platform supports smart contracts, and the IoTeX token is utilized as an incentive to establish a robust and secure IoT ecosystem. IoTeX is referred to as a private blockchain-within-a-blockchain. This is primarily due to its commitment to developing a scalable, private, and exploratory blockchain architecture to achieve cross-chain interoperability.

IoT devices, as the name implies, are linked to the internet, generally by Wi-Fi or a cellular network. Despite the internet’s pervasiveness, conducting transactions and payments among IoT devices is difficult. IOTA is a distributed ledger that enables microtransactions between IoT devices.

Many people regard the IOTA token as a link between human and machine economies, enabling them to interact with one another. IOTA can also be described as a network that assists investors and businesses in monetizing IoT data flows.

MIOTA is a crypto asset that is used to enable transactions on the IOTA network, as well as to reward network participants and supporters.

The MXC Foundation is a non-profit organization promoting the use of blockchain technology in the IoT market. The foundation is the first in the IoT and blockchain industries to employ the Proof-of-Participation (PoP) consensus technique. PoP is a consensus mechanism that enables faster and more secure data exchanges between IoT devices.

According to the MXC Foundation, data is the key to successful IoT applications. As a result, they have developed MXC to act as the data carrier on the IoT network.

Data transmission expenses can be cut by 99.9%, and energy consumption can be decreased by 90% by adopting MXC. Data must first be turned into an MXC token before it can be transferred over the MXC network.

VeChain, which was founded in 2015 and first deployed in 2016, is a platform dedicated to improving supply chain management and general business procedures. It enables data to move effortlessly through an organization by utilizing distributed ledger technology (DLT) and Internet of things technologies.

The VET token is used to transmit money over the VeChain network, while VeChainThor Energy (VTHO) serves as energy – or gas – to fuel smart contracts. Sunny Lu, the project’s originator and co-founder, is an IT executive who formerly served as the CIO of Louis Vuitton China. He believes that VeChain’s capacity to deliver a trust-free structure will increase supply chain efficiency, traceability, and transparency while lowering costs.

HNT is a cryptocurrency based on the Helium blockchain. Helium’s vision is to build a decentralized wireless infrastructure. At the moment, it offers solutions for smart agriculture, smart cities, environmental monitoring, logistics and supply chain, and smart water monitoring. The HNT coin is used to validate wireless coverage and network participants. HNT is mined and subsequently delivered as an incentive to Hotspot Owners and Investors.

Many people have reaped the benefits of IoT’s entry into the crypto industry. And while it’s fair to say that the industry still needs widespread adoption, that’s expected to improve greatly over the next few years.

This is because the world is slowly opening up to smart devices, and it’s only a matter of time before they take more control over our lives. In addition, the combination of IoT and blockchain has been shown to benefit people and entities worldwide, and the cryptocurrency market is one of the biggest beneficiaries. 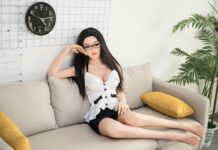 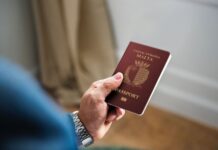 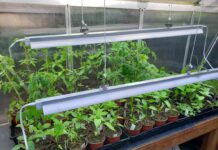 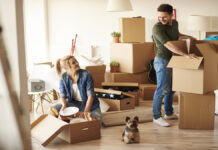 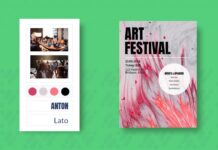