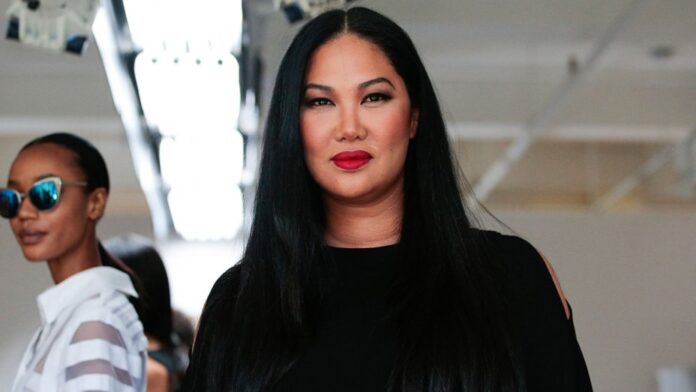 Kimora Lee Leissner is better known as Kimora Lee Simmons. She is an American fashion model and fashion designer who took over the famous Baby Phat. She also earns a special place in the reality arena with her reality television shows ‘Kimora: Life in the Fab Lane’ and ‘Kimora: House of Fab.’ But, how much money did this work brought her so far? Let’s discover.

Kimora was born in 1975 in St. Louis, Missouri. You have probably noticed how often she points out her Asian heritage. She has a good reason for it; her mother, Joanne Kyoko, is both Japanese and Korean. Joanne married Vernon Whitlock Jr., an African American man, who was a federal marshal and later barber. Unfortunately, he was sent to jail when Kimora was very young, so her mother had to raise her on her own. For being too tall, she was bullied in school. In addition, she was bullied for being a mixed race. So, in order to help her built her confidence and show her unique beauty, her mother enrolled her in modeling classes. Soon after, she was discovered by an agent when she was only thirteen and sent to Paris. However, she still made time to graduate from Lutheran North High School in St. Louis.

Happy #NationalDaughterDay to @aokileesimmons and @mingleesimmons two of the best in the game! Mama loves you both so very much and I’m so proud to be your mama!????

Kimora met rap mogul Russell Simmons in 1992 during New York City Fashion Week. At the time, Russell was 35-years-old, and Kimora was still in high school. They dated for six years until they got married in 1998. During their marriage, they were blessed with two daughters, Aoki Lee Simmons and Ming Lee Simmons. Unfortunately, they separated in 2006 and divorced in March 2008. Soon after their separation, both Rusell and Kimora started dating other people, and she confirmed in March 2007 that she is dating model Djimon Hounsou. Two years later, their son Kenzo Lee Hounsou was born in May. Unfortunately, the couple broke up in 2012. After that, she finds happiness with former Goldman Sachs banker Tim Leissner in February 2014. Kimora and Tim got a child, Wolfe Lee Leissner, born in 2015.

From a young age, Kimora worked as a model, and she was a really successful one. She was so good that she was trained by designer Karl Lagerfeld, closing one of his biggest shows in 1989. After that, she had a contract with Yves Saint Laurent and Fendi. She helped Rusell build his Baby Phat brand, and worked as a creative director and president of Phat Fashions. In addition, she kicked off her own brand KLS in 2007 and in 2011, started her own online clothing ‘JustFab.’

Kimora Lee Simmons’s net worth is impressive 50 million dollars. Furthermore, she makes around $10 million each year. She earned her money from modeling, selling clothes, and her marriages. However, it is expected for her net worth to grow more since her online clothing gets more and more popular. In the next five years, we can expect her even to double her net worth.