The Washington Note
Home Legal Advice How Are Common Law Infractions Being Handled During COVID-19? 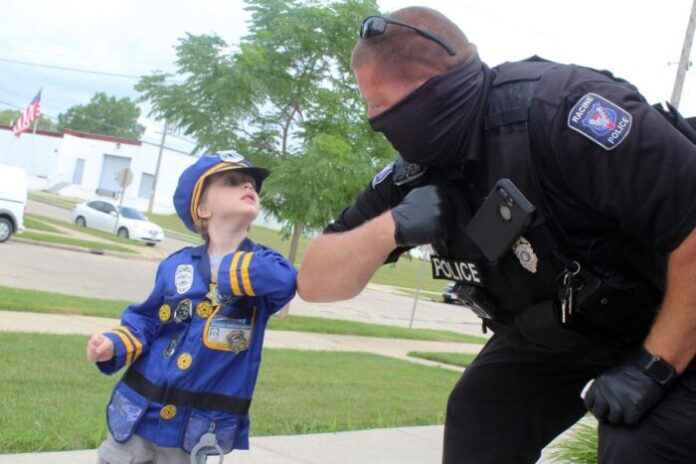 The COVID-19 pandemic has flipped a daily life on its head all around the country. And unfortunately, current events have also done damage to people’s trust in their safety. This is especially true of the law enforcement sector, where protests have been ongoing in cities nationwide. When you combine those forces of uncertainty, it makes the future extremely murky for someone who has received certain charges during this time. Here’s what you should expect from law infractions during the pandemic.

With that said, one of the things that people have to understand is how they can still face arrest even under the current crisis. However, it will often be that much more unpleasant to face arrest right now as opposed to pre-COVID-19. The one difference in how it gets handled, however, is that the court hearings will often be done through monitors or electronically, rather than in person. This changes the legal landscape a bit. With that said, the arrests for drunk driving have dropped significantly since the crisis began. In fact, it was a 55 percent decrease, and this most likely happened because a lot of the bars have shut down across the nation to prevent the spread of it.

Despite the drop in drunk driving cases, the sale of alcohol increased during this time, but it is most likely that people have taken more to drinking at home.

What About Minor Crimes?

Many of the routine enforcement operations were scaled back at the dawning of the COVID-19 crisis. Police departments across the nation have received orders to tread lightly in the vast majority of all cases. In some cases, people might get a stern talking to or a warning, but they won’t immediately arrest them except in more extreme cases. The other reason that police have begun to tread lightly during this time comes from the fact that they don’t want to catch it themselves. When many police officers wind up with COVID-19, it reduces the number of police that they have on the force, which can lead to more crime.

Law enforcement is a job where social distancing isn’t always possible. Like with grocery store workers, police are considered an essential part of society, and they have to continue working even amid the crisis. Because of that, they have continued operation, but they have worked hard to tread more lightly with cases than in the past. They have done things with a lighter hand than before. Minor offenses usually won’t see the same level of zealousness as before, but it depends on the officer as well.

Since the COVID-19 pandemic began, a noticeable drop in crime has happened. This coincides with a fewer number of arrests. The reports of crimes, however, have remained steady up until this point. It hasn’t dropped. Nevertheless, we have witnessed a drop in serious crime, which has been a breath of fresh air. With fewer people going out, it means that there are fewer people to become victims of crime, which has made things more manageable than before.

The biggest difference that we have witnessed is that low-level misdemeanors and quality-of-life offenses like drinking from an open container in public have dropped. Police haven’t targeted this in the same way as before. Many of the active policing duties that were performed before were scaled back. For example, stop and frisks have been scaled back, court summons and arrests for misdemeanors have declined greatly. Interesting enough, they have also found how reports of more serious crimes have dropped with less active police by three to four percent. That shows that we could see some major changes on the horizon from these insights about law enforcement in the United States.

The Halt of Overzealous Arrests

In the past, things like jaywalking, panhandling, marijuana possession and turnstile jumping were all subject to arrest. Re-imagining this role of police could change how we conduct future arrests because of how we have seen such a significant drop during this time. The previous idea called broken window policing has not helped to keep communities safe, and in fact, it may have even been hindering it. The broken window theory is a criminology theory that talks about how because of visible signs of crime like antisocial behavior and civil disorder, it can lead to more serious crime. The COVID-19 pandemic may have exposed that concept as largely false. In fact, over policing could even exacerbate crimes.

Could This Lead to Future Changes

It is quite likely that even after the COVID-19 pandemic ends, we will see a dramatic change in the way that policing happens. That’s because of how this pandemic has opened us to new possibilities, and we have seen what works and what doesn’t. A lot of things have had to change during this pandemic, and the other thing that could fuel changes comes from the case with George Floyd. People are openly demanding that the practice of over policing urban settings changes because of how it has failed. People don’t feel safer because of it.

All of this creates a new environment for criminal defense attorneys like Takakjian & Sitkoff, LLP. Defending clients who are facing misdemeanor or criminal charges are going to see their case defenses change as the current climate changes – especially as protests and calls for reform continue.

How Do Police Handle Arrests?

Making an arrest while social distancing? How does that work? During this time, the officer will request that the perpetrator please put their hands behind their back. During this time, they have begun to use gloves and masks to keep the spread of the virus to a minimum. This poses a new danger where touching people could lead to sickness.

The biggest way that things have changed during COVID-19 is that the police act less aggressively in many cases, and some have argued that this is an improvement when it comes to some of the more minor law infractions. Proactive traffic enforcement and many of the other activities have changed in comparison to how they were once done. The one thing is that if people do get charged during this time, they could face more serious charges. For example, they might get an aggravated charge because of how it put officers in danger.