The Washington Note
Home Travel Who Invented and Built the Largest Death Camps? Learn the History of...

Concentration camps were established well before the outbreak of World War II. Let’s take a look at their history and explore new knowledge about Auschwitz.

What does the annihilation of humanity mean to us?

Nowadays, we tend to associate annihilation with works of literature, where we have to do with imagination, the science-fiction industry, etc. Annihilation is understood by us as lack of food, global warming, natural disasters, or what some believe in aliens from outer space. Imagination only works with things we come in contact with every day, without which our lives would be impossible.

What we know from historical stories is now a greater abstraction to us than serious adventure movies. However, the situations we can read about in books, or see in movies on television, unfortunately did happen, and the holocaust involved the brutal destruction of man by man.

Between 1933 and 1945, there were more than 1,634 concentration camps and as many as 900 labor camps. Six of them were called mass extermination camps. Among them were the camps of Kulmhof in Chełmno and Auschwitz-Birkenau in Oświęcim, as well as Treblinka, Sobibór, Majdanek, and Bełżec in the General Government.

As the historical documentation shows, their purpose was preconceived and cleverly executed. In the year and a half or so that the camps, crematoria, and gas chambers were in operation, more than a million people of various nationalities were exterminated at Auschwitz. The mass extermination, however, was detailed and expertly planned from the very beginning. As it turned out, the death camps had their own designers and architects contributing to the deaths.

Nowadays, the profession of an architect is treated rather as a pleasant one and one that is meant to improve people’s lives. More and more attention is paid to high comfort of living, good style and appearance as well as functionality of the surrounding structures. As it turns out, this was not always the case. During World War II, Nazi architects focused on creating camps that were to destroy generations of humanity.

How were the concentration camps built?

A separate, special institution called the Central Construction Board of the Waffen-SS and Police was created to carry out construction, design, and building activities at Auschwitz-Birkenau: Central Construction Board of the Waffen-SS and Police at Auschwitz. Professional German and Austrian engineers, trained architects, and more than 100 prisoners from the Kommanda Bauleitung, including civilian workers of Polish descent, took part in this huge architectural office project. It was there, in the everyday tasks of the designers, that the specialized infrastructure of the camp was created, including the crematoria, gas chambers, and the plan for their operation.

History of the Auschwitz camp

As it turned out, the largest of the German camps was Auschwitz, located on Polish territory. This was certainly due to the fact that the main prisoners were Poles and Jews. The Germans established the camp initially in 1940 to incarcerate Poles. Auschwitz-Birkenau II came into being two years later. From 1943, Jewish prisoners made up the bulk of the prison population there. Nazi soldiers and Hitler’s subordinates killed at least 1.1 million people at Auschwitz, mostly Jews, but also tens of thousands of Poles, Roma, Soviet POWs, and people of other nationalities.

A year and a half of operation was enough for the SS to have gassed more than a million people in these crematoria. The truth is, however, that to this day historians are unable to determine the exact number of victims. The mass extermination was meticulously planned and systematically carried out. According to historical sources, it began on the local ramp, where SS physicians carried out a thorough selection of the prisoners arriving there. The victims were led directly to crematoria II and III by underground stairs. Theoretical undressing rooms were located there. There were wooden benches along the walls and numbered hangers above them. The so-called SS men and Sonderkommando members assured the people in these rooms that they would take a bath and then ordered them to undress.

What does freedom mean to you?

It would seem that today, freedom is something obvious and normal for us. We can’t imagine not being able to speak our mind, not being able to fly where we want, and not being able to live the life we want. Freedom is such an important value and, at the same time, not appreciated at all. Those who have not experienced the tragedy of wars firsthand will never be able to imagine it.

For a short time, just before the arrival of the Red Army, the Germans led about 56 thousand prisoners out of the camps in patriotic evacuation marches to the west of the country. About 7 thousand sick, neglected, and emaciated adults and children therefore remained in Auschwitz and Birkenau. They were all liberated by the Red Army on January 27, 1945.

According to historical data, Rudolf Hoess, the main commandant of the Auschwitz camp, was handed over to the Polish army after World War II and sentenced to death. The sentence was carried out in April 1947 near the former camp commandant’s building.

This museum is open to visitors all year round. You can take this tour on your own or with a professional guide. Organized groups, including those speaking foreign languages, are guided through the camp with special headphones, looking at the preserved remains of prisoners and listening to interesting and true stories from trained guides. If you plan to go there yourself, it’s easy to get there from the neighboring city of Krakow. Every day thousands of tourists come there from the capital of Malopolska and beyond to learn about the history of this place and pay homage to the murdered.

How to get from Krakow to Auschwitz in Oświęcim?

There are many ways to travel this short distance. One of them is the city bus. The bus stop is located in Oswiecim near the museum. The walk takes about 10 minutes. Connections to Oświęcim/Auschwitz – Birkenau depart from the MDA Main Railway Station, located directly next to Galeria Krakowska.

If the convenience of traveling by train appeals to you, it will take you about 1 hour and 40 minutes to get from the main train station in Krakow to the train station in Oświęcim. The frequency of connections is about one every 1-2 hours.

If you want someone to take care of all the logistical aspects of your trip to Auschwitz-Birkenau for you, choose an organized tour with KrakowDirect. This tour includes transportation, as well as guided tours. This is by far the easiest and most comfortable way to get from Krakow to Auschwitz.

Feel the unforgettable and unique atmosphere of this place. It will certainly make you reflect on the meaning of life, man’s existence on Earth and mutual conduct. You will appreciate how important the freedom and equality we have been given are nowadays. Allow yourself to pause for a moment in this fast-paced world, full of goodness and splendor, when we don’t have to worry about food, clothing, etc. It wasn’t always this way, and people should learn to respect each other.

Before booking a tour, read about this place in literature texts and available news on the internet to deepen your curiosity and knowledge, on this subject that is really worth your attention. Adults and young people alike should educate themselves on this subject all the time. So that what took place will never happen again. 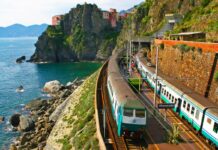 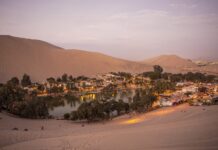 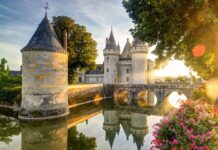 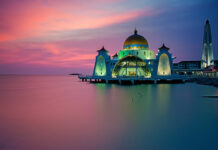