The Washington Note
Home Environment Why the Military is the Reason for Excessive Sound Pollution in Washington,... The noise from all the military vehicles and training keep the residents of Washington, DC awake at all hours, and the noise pollution is only getting worse.

America invests a lot in its military power. They do so to make sure their citizens are safe even during the toughest invasions. But the citizens might not feel the same way. The people living in Washington, DC always complain that military training is constantly noisy, and these loud noises are traumatizing.

There have been lots of complaints about this sound pollution, but the government is doing nothing. In this article, we aim to take a closer look at the effects of sound pollution in Washington, DC and its relation to the military.

Washington, DC is a busy and bustling city, and it has a lot of noise pollution. The vehicles, people, and airports make the city very loud. But most people claim that the worst part is the noise pollution caused by military drills.

There have been a rise in complaints since 2019 as the number of military training programs increased. People living in Washington, DC regularly face sounds higher than 80 decibels, which is extremely high.

To put it into perspective, imagine the sound of a powerful vacuum cleaner running right beside your ear. That is how loud 80 decibels can be.

The Severity of Helicopter Noises

One of the main reasons for sound pollution here is the constant loud helicopter noises. We described how loud 80 decibels is. According to sourceofthespring.com helicopters are much louder, around 100 decibels. They are so loud they can even make your ears numb.

The reason this is a big concern is that there are a lot of airports and military training camps around Washington, DC, which means there are hundreds of helicopters and other military vehicles.

A jet engine gets up to 150 decibels. If you are anywhere near when a jet plane takes off, your eardrums will immediately rupture. But these jet planes fly much higher than helicopters, so the sound is not as noticeable.

On the other hand, helicopters fly at a much lower altitude. Because of this, even though they are not as loud as jet planes, their noise is more intrusive.

The Impact of Sound Pollution

The impact of sound pollution is very severe. The most common problem the people in Washington, DC face is noise-induced hearing loss, or NIHL.

Other health risks include ear problems, high blood pressure, heart disease, sleep disturbances, and stress. Children who are exposed to these loud noises every day have been reported to suffer from impairments in memory, loss of attention, and low reading level.

Sound pollution during the day may not be obvious because everyone is busy and moving around. But there is also sound pollution at night.

Why People Blame the Military

Most of the helicopters that fly over Washington, DC are owned by the military. When military helicopters go out for training, or for a drill, they fly at an even lower height.

This reserves fuel and allows for easier maneuverability. Though it is easier for the pilot, the citizens are more affected.

Most of them were within a 30-mile radius around Ronald Reagan Washington National Airport. The purpose of these flights was to understand the flight patterns at the airport.

In another study on the D.C.-Maryland-Virginia region, 37 percent of helicopter flights were military, out for either training or patrol.

To understand how much sound pollution is caused by the military, let us look at how many military training grounds Washington, DC has.

All of these air bases contain at least 10 to 20 helicopters. There are also a lot of airports in Washington, DC, including:

The worst part is that these military bases fly their helicopters during the night as well. This is a part of their night training. Around 15 percent of the military’s flights occur at night for training purposes. It ruins people’s sleep and is terrible for their health.

In 2018, the army declared that they will increase their overall flights of Black Hawk helicopters. This resulted in an increase in helicopter noise complaints in 2019.

Why There Are So Many Military Bases in Washington

Generally, military bases are situated far from civilian populations to ensure public safety. This also makes sure no civilian can trespass into military bases. But that is not the case in Washington. There are many military bases here. To understand why, we need to revisit history.

In the 20th century, we have seen two world wars. After that, America faced another war, the cold war. During this time, America tried to outgrow its biggest military rival, the Soviet Union. And since the White House is located in Washington, DC, it seemed wise to establish military bases here.

The worst international incident was during the presidency of John F. Kennedy, when the Soviet Union aimed missiles at Cuba, and the White House was right in their path. America quickly started taking defensive positions and began building military bases around Washington, DC.

Although the war was averted, America did not stop militarizing that area, and the military bases of today are a result of that.

Other Reasons to Blame the Military

Helicopters are largely responsible, but there are other reasons people blame the military. Constant mortar fires, marching noises from the military bases, gunshots—all these contribute to noise pollution.

There are other loud aircraft in these military bases as well. The F-15E Strike Eagle, F-35A Lightning II, A-10 Thunderbolt II, and many more jet planes fly over Washington, DC every month,and they are extremely loud.

The Role of FAA

The Federal Aviation Administration, or FAA, handles all the flights occurring all over the United States. So when people complained about the helicopter flights in Washington DC, the FAA declared that the number of flights would be reduced.

Most flight operators in these military bases report that they did not receive any orders to reduce the number of flights from the FAA. So the civilians continue to live under this extreme noise pollution.

To be able to hear sounds is a blessing. However, when those sounds cross the tolerable mark, they become deadly. The government, especially the FAA, needs to take serious measures to reduce the noise from helicopters over Washington DC.

Otherwise, there will be more and more people suffering from noise-related illness. The military flight operators should also follow noise regulations during the night so that people can get a good night’s sleep. 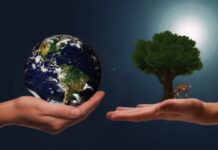 How Students Can Live More Sustainably How to Green Your Laundry Routine 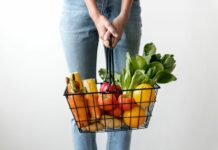 What Is The Most Sustainable Way To Shop? What Are The 7 Types Of Plastic We Are Surrounded With? 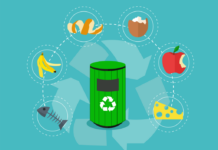 What Are 10 Ways To Reduce Waste? 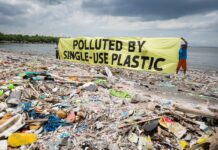 7 Tips on How to Prevent Rubbish in the Ocean?