The Washington Note
Home Legal Advice What Are Military Spouses Entitled to in a Divorce? 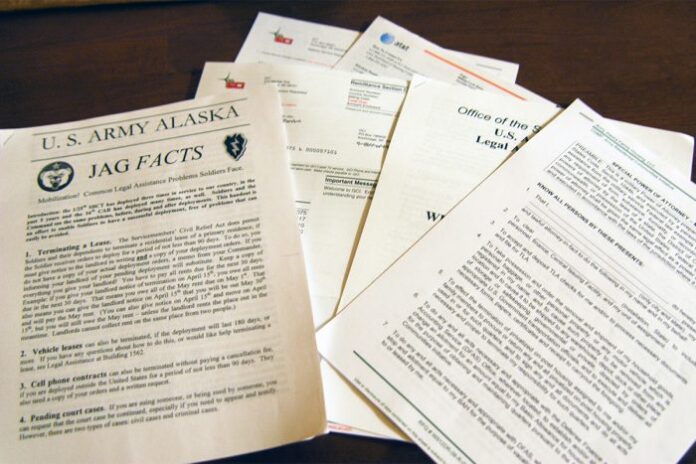 Military divorces can be complicated and involve many rules. Military spouses have certain benefits that are not afforded to other divorced spouses, such as housing allowances and health care coverage.

If you are a military spouse who is planning on getting divorced, you should consult with an attorney before proceeding. This article will discuss what military spouses are entitled to in a divorce and what they can expect. Keep reading to learn more!

However, women in the military tend to divorce at higher rates than men. Military women are twice as likely to divorce as their male counterparts.

Those who deploy more frequently and for longer stretches of time are also more likely to get divorced. There has even been a link found between higher divorce rates and deployments that involved combat and weapons use.

However, statistics like the ones above might be misleading. To obtain accurate statistics, we need to consider the similarities and differences among people who have gone through a divorce – both civilians and service members. An accurate study requires data on other factors such as age, education, race, and socioeconomic status.

Impact of Legal Separation on Entitlement to Military Benefits

The Department of Defense generally treats a legally separated military spouse as married for purposes of entitlement to benefits. There are, however, some exceptions that may affect eligibility for certain types of benefits:

Transitional compensation is not payable when an individual has been separated from active duty status, and the marriage has been dissolved by court decree or divorce. Transitional compensation payments cease at the point where it would be inequitable to continue them – either when separation occurs less than 180 days after discharge from active duty service or if one member elects lump-sum retirement.

For example, a legally-separated spouse keeps their ID card, as well as access to all benefits, except that military retirement and Social Security benefits are decided at the time of the legal separation.

Military members have had access to Thrift Savings Plans for years, which are defined contribution plans, similar to 401(k) plans sponsored by employers. Military members contribute to their TSP funds, and the amount contributed is deducted from their monthly pay.

Military spouses are not eligible for a Thrift Savings Plan until they become vested. Once military spouses have at least five years of service with an employer, he or she becomes vested in the retirement savings plan and can make contributions that will reduce taxes on withdrawals made when they retire.

As part of divorce proceedings, courts may also order one spouse to transfer any pension benefits held by him or her to his/her ex-wife as part of a property settlement agreement.

Veteran’s disability benefits would not be a divisible asset, even if a member had to give up some retirement benefits to qualify for VA disability (the “Veterans Administration waiver”). VA disability payments are also not considered income to the ex-spouse receiving them.

However, suppose a military member is disabled in combat and receives regular benefits from the Department of Veterans Affairs as well as retirement pay. If that’s the case, then the former spouse may be entitled to receive one-third of that retired pay.

The triggering event for this entitlement is when both parties consent in writing or by court order (in some states) to terminate all spousal support obligations on account of the veteran’s receipt of such disability compensation.

Military medical benefits are also not a divisible asset. However, if you meet the statutory requirements, you can receive Tricare, regardless of what the court orders during a divorce. Here are some examples of medical divorced military spouse benefits:

20/20/20 Benefits: What is a 20/20/20 spouse? If the parties were married for at least 20 years, the military service member served 20 years, and there were at least 20 years of overlap, the unremarried former spouse would qualify as a “20/20/20” spouse. Tricare is still provided to this spouse just as he or she would be it if they were still married.

20/20/15 Benefits: If the former spouse doesn’t qualify as a 20/20/20 spouse, they might be entitled to 1 year of transitional medical (i.e., Tricare) benefits only. If the couple was married at least 20 years and the military service member served at least 20 years, but with 15 years of overlap, the former spouse may qualify as a 20/20/15 spouse.

The Post-9/11 GI Bill is an incredible benefit for military members. Between tuition, housing allowance, and book stipend, this benefit is worth roughly $160,000 for a 4-year college education.

GI Bill benefits may be transferred to a spouse or children if specific eligibility requirements are met. Divorce does not terminate beneficiary status, so a former spouse is still eligible to receive GI Bill benefits. The GI Bill is one of the most valuable military benefits for divorced spouses, so be sure to keep this one in mind when filing for your military spouse divorce.

What Are Military Spouses Entitled to in a Divorce?

Military divorces are often complicated, and there is no way around it. The military spouse benefits in a divorce or separation can be challenging to understand without the help of an attorney that specializes in this niche area of law.

If you were wondering, “What are military spouses entitled to in a divorce?” We hope this article answers some of your questions. If you need assistance for any reason related to your military divorce, please do not hesitate to check out Hartley Law Office today!