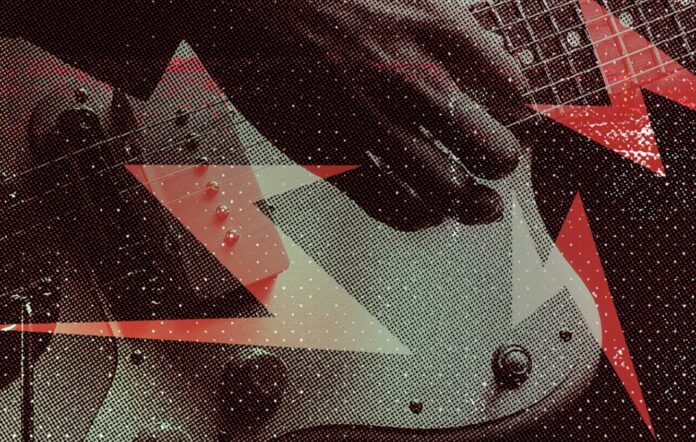 Are you a music lover? Or maybe an upcoming rockstar?! Either way, it is, you will love this article! Every person who is into music will find this article helpful since we will let you know all there is to know about some of the most common and popular guitars. Plan on going to some guitar lessons, and you wish to learn how to rock and groove with your favorite and personalized guitar? Keep on reading and find out all there is to know!

How in tune are you with music?

Years ago you’d have to listen to music on CD’s, and ages ago there were record players. Nowadays music is only one click away from your enjoyment. Knowyourinstrument.com brings you all the latest news about your favorite musicians, rock stars, as well as guitars. They will also recommend some handy apps if you are a guitarist for your android or iPhone. You can also do some tests and quizzes, as well as learn how to raise music-loving children! Everything is on there, for true metalheads!

This is an electric model that was introduced back in 1954 by Leo Fender. Fender creates most os Strats guitars. Strat has a scale length of 25.5”. This is a beautiful guitar that has a double-cutaway design with soft contours, which allows you to hold the guitar nicely and with ease.

Stratocaster necks are made with maple or rosewood fretboard. There are also the three single-coil pickups (S-S-S), along with a five-way pickup selector that offers versatility.

Most guitarists love Strats since they have an amazing sound, and these guitars are great for both lead and rhythm players.

Who used this guitar? This model was loved and played by artists such as Jimi Hendrix, Eric Clapton, as well as David Gilmour.

Telecaster is also known as Tele, and it is an iconic guitar from Leo Fender. It originated in 1951 and has been the best selling guitar for a little while.

Tele is a bit bigger and boxier than Strat guitars. This model has a unique and distinctive single-cutaway, along with a slim headstock. Tele guitars can vary in price. This is because their bodies can look and come in different models, but the neck is almost always made from maple and bolted onto the guitar.

Usually, these guitars have the two single-coil pickups and a three-way selector switch. Traditional Tele guitars have a beautiful string-through-body design, and they will give you a twangier sound. Tele guitars were mostly associated with country and funk rock back in the day.

Who used this guitar? This model was loved by Keith Richards, Bruce Springsteen, as well as Mike Stern and Freddie Stone.

One of the best and most prestige models is the Gibson Les Paul guitar. It is a legendary model that has been around since 1952. The whole concept and point of this guitar were to embrace the jazz period, as well as guitarists such as Les Paul himself.

This model is a bit shorter since it measures 24.75” in length, and it has a curvaceous single-cutaway body and a set neck. This guitar is usually made with mahogany, and it is produced by many different manufacturers, such as Epiphone (a Gibson subsidiary), ESP, and Kramer.

Les Paul is a synonymous guitar that has a humbucker, one at the neck, and one at the bridge, along with a three-way treble sector. People love this configuration since it brings a powerful tone with tons of sustain.

Who used this guitar? Obviously Les Paul, but after him, there were also Slash, Jimmy Page, as well as Paul McCartney.

Superstrat is a modern electric guitar which is usually produced by brands such as Baretta and Jackson. This model has been around since 1980, and it is still popular today.

Superstrat uses the double-cutaway shape, along with the scale length of a Stratocaster body. All of its enhancements make this guitar super edgy as well as fast. Strat usually includes a thinner profile neck, along with 24 frets and an amazing lock-in vibrato system.

This guitar has a single-coil in the middle position, but some models also offer more articulate tones.

Who used this guitar? When it comes to music legends, you’ll be happy knowing that this guitar was loved by Eddie Van Halen, Paul Gilbert, as well as Fredrik Thordendal.

Gibson SG has been around since 1961. This one was redesigned by Les Paul. The reason behind that? Les Paul didn’t want to have his name attached to a new modified guitar, so they came up with SG – which stands for Solid Guitar. This is also the brand’s best-selling guitar of all time.

SG has a flat-top mahogany body. It measures 24.75” in length and it has a 22-fret set neck. You will love its body as well as the neck since they are slim and super-fast, as well as lightweight to hold.

There are also two humbuckers at the neck and bridge positions. This guitar is usually perfect for heavy rock, as well as true classical lovers.

Who used this guitar? When it comes to big names and bands, this guitar was loved by Angus Young, Eric Clapton, as well as Daron Malakian and Thom Yorke.

This guitar was introduced to the public in 1958. It was the best selling guitar in 1960 once Jimi Hendrix and Dave Davies performed with it on the stage.

These beautiful yet unusually shaped guitars are quite popular nowadays, but they are harder to find. Flying Vs are eye-catching as well as a bit less comfortable to hold and play. However, the unhindered access to the highest frets is great for lead players, as well as shredders.

This guitar has two humbuckers which are placed at the bridge as well as the neck. They are thick and will provide you with a beefy tone.

Who used this guitar? This guitar was played by James Hetfield, Kirk Hammett, Jimi Hendrix, as well as Lenny Kravitz.

Last, but not least, we have the most unusual guitar, also known as the Fender Jaguar. This model has been around since 1962. This model has had a slow beginning, but it did pick-up and did amazing around the 90s when Kurt Cobain switched to this model.

It has a beautiful asymmetrical body shape and similar electronics like Fender’s earlier Jazzmaster. This model is a bit shorter since it measures a 24” scale length and a 22-fret.

It has a single-coil pick-up, as well as a dual-circuit setup. It offers its users and players an amazing versatility when playing their tunes.

Who used this guitar? This model was loved by Johnny Marr, Bob Dylan, Kurt Cobain, as well as Scott Hill.

Enticing Ways To Enhance The Musicality Of Your Musical Tools

Where To Learn Chords Of Your Favorite Song?

4 Amazing Things a Creative Agency Can Do for Your Business

How Wigs Made Hair Weaving Easier Among Women