The Washington Note
Home Entertainment Does Music Inspire Books? Or Do Books Inspire Music? The Answer is... 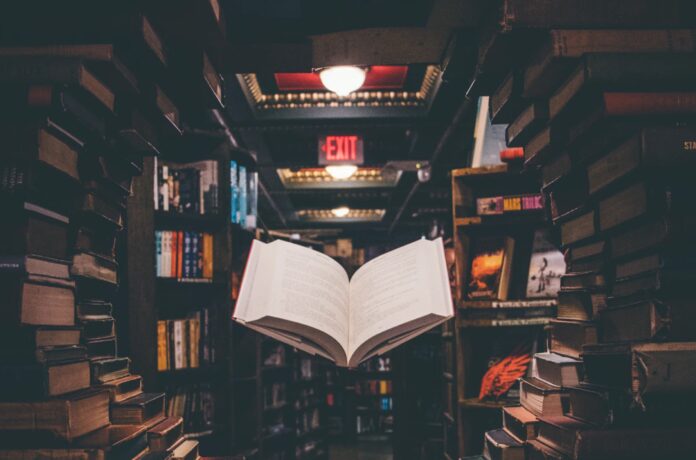 The lockdown reminded you there was a time when you used to get lost in the pages of a book with your headphones on, without noticing the time of the day. Once upon a time, you could lock yourself willingly inside your room because there were books on your nightstand that waited for you to browse through their pages, caress the printed letters, and fall in love with the characters. You smiled, cried, and regained hope with the characters in your books, and the sound in your ears was helping you to get lost in a world, only you knew.

But those times are long gone, and you have no idea if you could get the same emotions if you would connect the headphones to your phone once again while reading a book. Do you have anything else to do? Take that book out of the shelf, and play that song. What song? What book? Well, these are the real questions. How do you know what book and song to pair?

What about reading a book that inspired a song or listening to a song that turned up into a book. Is there such a thing? Yes! Isn’t the art world such a magical place?

Let’s discover a lyrical list of books inspired by songs.

How many of you have heard of the Norwegian Wood, one of the most popular books Haruki Murakami ever wrote? But did you know that it’s named after one of the character’s favourite Beatles song? The plot is moving and evocative and captivated people worldwide with its essence. The story follows a young couple who is dealing with civil unrest in Japan in 1960 after they experienced the death of one of their friends. The plot is striking through themes like the search of identity, first love, and the influence of the past upon the future.

Love the One You’re With by Emily Giffin

The title is a piece of advice everyone should listen to. The book tells the story of a happily married woman called Ellen, who finds herself questioning her relationship when an old love interest crosses her path. The plot shows her struggling to understand if her future is bright, and if her painful love story will impact it. The title of the book is identic with the song the rocker Stephen Stills sang to offer a bittersweet piece of recommendation to people doubting their feelings.

Baby’s in Black by Arne Bellstorf

The book recounts the story of the Beatles as they tried to conquer the music industry in Germany. It comes in the form of an illustrated graphic novel and focuses on the true but tragic romance story between the band’s original bassist and a German photographer. If you don’t know where to pick the title of the book from, we give you a hint. It’s the same title as the one of a Beatles mournful anthem. The plot is a breath-taking love story and paired with the song; it evokes emotions not everyone can handle.

Have you listened to a song that inspired your hidden writer? Put the lines down, type every idea you have in your mind, and who knows, maybe one day your book will be as famous as Baby’s in Black. If you already have a script inspired by a song, self publishing a book has never been more accessible because nowadays many platforms like Searchforpublishers.com connect you with editors and publishing companies. You can also upload it in a digital format on Amazon Kindle to test the market and see if there is a public for your story.

From rock songs to folk and blues ballades, they all can tell a story. But can the plot of a book inspire the lyrics of a song? Here are some examples of music based on books.

If you didn’t read Wuthering Heights because it’s one of the classics, you might have read it because the entire movie After (the hottest film of the moment) focuses on the passion the hero Hardin has for the book and its characters. Wuthering Heights is a title a book and a song share, and the example of what happens when literature and music merge. Kate Bush wrote the song when she was 18, and she took inspiration from the classic gothic novel, Emily Bronte wrote. It’s easy to understand how an 18-years woman finds inspirational a store like Wuthering Heights that sweeps you into a romantic but tragic world. The plot follows multiple generations through love, desire, hatred, vengeance, and mixed feelings.

Pet Sematary by The Ramones

Pet Sematary, the story Stephen King wrote in 1983, focuses on the relocation of the Creed family in Maine where the ghosts from a cemetery hidden in the forest haunt the locals.

In 1989, the book was first adapted to a movie, and Ramones, a life-long fan of the book, decided to write a song specifically for the film. But the origin of the song is often hidden in confusion because, in Marky Ramone’s memoir, he states that King once invited the band at a dinner at his house and offered them a copy of the book. But King denies the event, and he even states that he never mentioned the book during the dinner.

Either way, both the book and the song are famous, and that’s all the music and literature worlds need.

Firework is one of Katy Perry’s most famous songs, but not as famous as the book it was inspired from. Katy Perry based her song on one of the cult classics of all time, On the Road by Jack Kerouac, in which the writer describes people as blazing “roman candles across the night” who play with life and always say creative words. The lines resonated with her, and she decided to write a song that celebrates the people who ignite the spark inside other people.