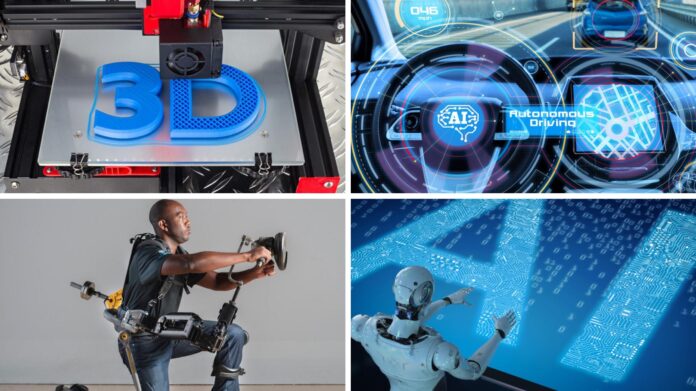 Throughout human history, new inventions have always appeared that completely change the lives of all people. Some of the greatest inventions in history are the wheel, paper, compass, steam engine, alternating current, internet, airplane and many others.

But in the past, life alternation discoveries were very rare, while in the last 20 years they have become more frequent and it seems that they will become even more frequent. As technology advances at the speed of light, so it seems to us that every few months something new appears.

And also the improvements of already existing things are huge, like the Internet where in just 15 years we have come from an extremely slow dial up internet to a 5G network that is currently expanding around the world. We are on the threshold of many great inventions that will change and improve our lives even more. Read some of the biggest ones that await us soon in this article.

We start with Starlink, which will probably be available very soon. It will be a constellation of satellites that will provide very fast internet in every part of the world. Because it will be satellite internet, there will be no obstacles in the form of underdeveloped infrastructure or unfavorable terrain. This will bring an absolute revolution, because the Internet will be available to everyone in the world and so much will be improved, especially in third world countries. For now, about a thousand satellites have been launched, which will be part of this constellation, and it is planned that it will be several tens of thousands when the entire project is completed. All this is a project of SpaceX, the greatest innovators of our time, and we will mention them again today.

Although this was something we could only see in science fiction movies, we are now very close to making it a reality. Electric cars have become a common thing, the next step is autonomous vehicles. So far, there are no fully autonomous vehicles, although they do not exist for commercial use. Large car manufacturers like Ford say they are close to reaching SEA level 5, which means that the vehicle is fully capable of going from point A to point B without human. This will have a huge impact primarily on public transportation because as soon as this technology becomes available, it will be able to excluded the human factor from it. All this will contribute to safety, punctuality and everything else in which a person can make a mistake and the machine can’t. Of course, in order for all vehicles on the road to be autonomous, the Internet needs to be further improved, as well as some other devices.

Again, we come to SpaceX and the innovations devised by their founder Elon Musk andh his team. Hyperloop is best imagined as a metro, but one that covers much greater distances, and even the whole world. In order for the hyperloop to become a reality, special underground tubes must be built, which would be hermetically sealed to minimize friction and other things that can interfere with speed. And the plan is for speeds to be around 1,000 kilometers per hour. For now, the plan is to start construction in California, and Musk has an idea to do something similar to the global metro network, with stations in the largest cities. This is more difficult to achieve due to the high price, problems with terrorism and many other obstacles. But to make the journey from LA to SF very short is a matter of the near future.

Robotic exoskeletons already exist and are used primarily by the world’s most powerful armies. However, further improvements are needed to make it exactly what the inventors imagine, and that is a fully functional exoskeleton, which can change disabled people’s lives. It will also be useful for various other things. Rescue services will be able to reach someone trapped under the car much faster, for example. Then various industries, such as miners, will benefit from it. Use in the military will be further expanded. Titan Arm is also an invention that will help everyone a lot, because it gives much more arm strength. It will help to prevent injuries typical for construction workers and to help people after stroke. Due to the existence of companies like inventhelp.com, it is now easier for many inventors, like the man who designed Titan Arm. This provides an opportunity for young people who have great ideas but lack the support to still manage to complete their invention and thus help the world.

This is something that is already absolutely present all around us, and yet it is expected that an unimaginable amount of progress will continue. Most of us already have AI, assistants, in our smartphones and many other places. But that’s still just the basic level of what AI will be able to do one day. Day by day, AI is improving and is able to perform much more complex tasks. For now, AI can only perform tasks for which it specializes, such as playing chess, and it is perfect there, but the goal is to significantly expand the field of action. That is, to make something which is similar to a man and can have logical conclusions. There are also controversies about the development of AI because since the first appearance of AI there have been theories that in the end AI will surpass man.

3D printers are no longer a rarity today and are not even as expensive as before. But they are used for making small things and with limited use of materials. Their function is expected to expand significantly in the near future. Learn more about the best metal 3d printers in the market right now. First, it will be possible to work with different materials, such as metal, which would bring huge progress. And then that it will be possible to make all sorts of things. From food to organs for transplants, it is expected that everything will be possible using a 3D printer.

These are just some of the many inventions that are just around the corner. For example, special devices are being worked on that would produce sound of such a frequency as to extinguish fires. Imagine how much that would mean to humanity, when we see how wildfires are big problem every year. Then there will be very small devices for water purification, as well as various micro devices that will check the state of our health in detail.