The Washington Note
Home Technology Why is Renewable Energy So Important 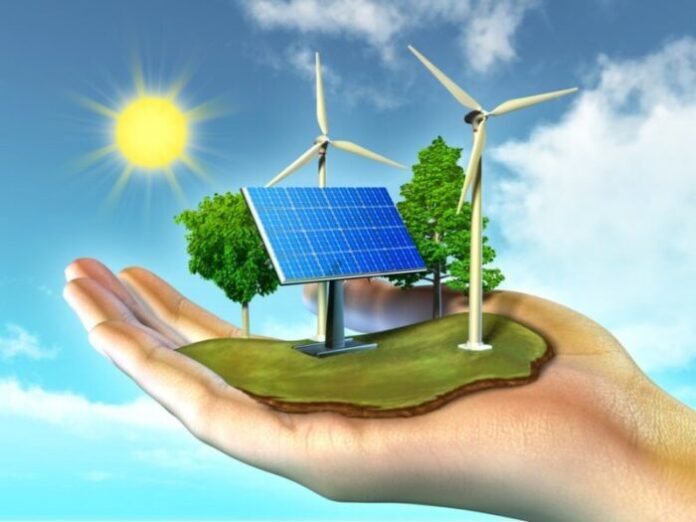 Currently, there’s a lot of talk about how we’re depleting the planet from all-natural resources, and that we’re going to feel the impact of this shortly. A lot of scientists are trying to raise awareness by telling us how fast the time will come when we’ll be completely out of oil and other precious resources that we’re using so much in these modern times.

Fortunately, a lot of people picked up this message and took it very seriously, so nowadays we can see a lot of campaigns and movements to wake up everyone that’s still not conscious enough about the state of our only planet.

The first step that we all need to take is to convert from using all unrenewable energy sources for our needs, into using only renewable energy such as the one we get from the sun. Nature allows us to use so many different elements, such as water and wind, to create renewable energy sources that will never run out and can be recycled permanently. We hope that you already understand the importance of this, but if not, we’re going to help you learn some more in today’s article.

Allows us to be much healthier

You’re probably wondering what does heating your water with the energy of the sun instead of electricity has to do with your health, and that’s perfectly fine until you think about it this way.

Every year, in just one country, there are approximately 20,000 deaths from air pollution. In the UK for example, there are more than 40,000, and this number slowly but surely rises after each year passes by. But that’s just humans, what about animals and the rest of the wildlife?

Burning fossil fuels and polluting the environment kills a lot of nature, and nature is something that we cannot live without. We’re destroying the entire eco-system by being greedy instead of smart and practical, but nature’s patience is not going to last forever.

If we want to ensure a safer and healthier environment for both us and the next generations, we should seriously consider using renewable sources.

You’re going to pay bills for as long as you’re alive, while you have an entire sun for free. We have both the wind and water to help us power up windmills and hydro stations, but we keep exploiting nature instead of using what we get from it for free.

Sure, the investment that you have to make to install solar panels might be “costly” at first, but after just two or three years you’ll get back all the money you’ve spent, and from there on its free energy. You’ll have hot water in your home at all times, and you won’t have to pay a dime for it.

Even if you don’t care about saving the planet, think of it from an economical aspect. You’re saving a lot of money, so why keep on paying bills when you can get everything for free? If you are interested in learning more about staying green and eco-friendly, you can always visit clean-energy-ideas.com

Return on investment is high

People don’t like investing in anything that takes years to make some kind of a return, but with renewable energy it’s different. As we already mentioned above, a simple investment such as adding solar panels on top of your home is something that’s going to free you from paying bills your entire life. What’s even better is that it won’t take more than just a few years to cover up the initial costs.

One of the most attractive benefits of renewable energy is that it can be relatively cheap in comparison to fossil fuels. This means that that businesses can go green on a budget and enjoy the many advantages that renewable energy brings.
This is part thanks to the global sustainability movement which has driven the costs of renewable energy down, spelling opportunity for business owners who want to improve their bottom line. As traditional fuels become scarcer, their costs are likely to rise unlike energy generated from wind power, solar farms, and kinetic tidal generators. There’s an endless supply of these energy sources, and so there can be little doubt that renewable energy prices will fall further as time marches on.

It’s easy for businesses to make the switch

Business owners could be forgiven for thinking that renewable energy sources just aren’t practical or affordable. In reality, however, that assumption couldn’t be further from the truth. Switching to renewable energy is among one of the easiest things a business owner can do to enhance their environmentally-friendly credentials, and the financial benefits can be felt as soon as you move across.
For firms that aren’t already using renewable energy, getting greener could be a case of just comparing the best prices and providers before opting for one that suits their circumstances. This is where sites such as BusinessComparison.com come in, allowing business owners to check the best options for green energy in their area. Once they’ve found a good green energy deal, they probably won’t even need to arrange for any infrastructure changes as renewable power interfaces directly with the existing grid.
It’s how Britain managed to go two full months without burning coal between April and June 2022, and now businesses can get in on the action too with a sustainable energy options of their own.

You get the “green pass”

As a business owner, or someone who is famous and tries to keep a good reputation, getting the “green pass” is something that can make a positive boost in your career. Nowadays, a lot of eco-friendly businesses are being funded more and appreciated more by their customers. Slowly but surely, the entire world is transitioning to using renewable energy, and since you know that you’ll have to do it either now or later, why not use the opportunity to be amongst the first.

Let’s say that you want to invest in something, but you also want to make the world a better place by putting your money into something significant. Well, in all honesty, now is your time to make a change. Renewable energy businesses are rising slowly but surely, and we’re pretty sure that in the next couple of years they will be on top. Investing now will help you boost the entire thing forward while ensuring you a nice profit shortly.

If we are smart with managing the renewable resources of our planet, we will never have to run out of any form of energy. Unlike oil, which is slowly getting depleted, the sun, oceans, and wind will always be here to help us power up our inventions. Windmills will never really stop running because there will always be wind blowing.

If we focus on building enough hydro-plants, windmills, and install solar panels, we will have free energy for the entire world, for the rest of our existence. Imagine what else we could do with all of the money that we would be saving by not paying for things such as electricity and warm water in our homes.

On top of all this, all methods are so advanced that we never have to worry about being left without energy while at home. Even if something goes wrong, you can always switch to using electricity for just a while until you fix your issue. You don’t have to completely cut out all electricity in your home. You can have both options available, but only use the other one when you have an issue.

Slowly but surely we are depleting our planet of natural resources, and the best way to prevent this from happening is by investing in renewable energy. If everybody realizes the things we can do by using nature’s elements to our advantage, paying for bills will immediately become very pointless. Thankfully, we have a lot of campaigns and awareness-raising projects, so we hope to see a difference shortly.