The Washington Note
Home Business The Rental Property in Washington D.C. is Once Again Going Strong

The rental property was one of many industries that were seriously affected by the COVID-19 pandemic in 2022 and the earlier part of 2022. As stated in a report by the Urban Institute (Goodman et al, 2022), the global health crisis was particularly hard on renters, “especially those living in small, unsubsidized multifamily buildings.” Many renters worked in industries that were particularly vulnerable to the crisis and the loss of their employment. The good news is that after a year-long struggle, the rental market is on the rise once again in the D.C. metro area, though lease incentives are scarcer than they have been in recent months.

Goodman and colleagues report that even prior to the global health crisis, many regions had tight housing markets, with numerous tenants paying far more than the federal standard, which is 30 percent of their income. Factors such as land use restrictions and increasing construction costs have limited the availability of homes for rent—especially those with a low or medium rent level. Since the start of the millennium, households with annual incomes of less than &75,000 have been particularly hard-hit.

Rentals on the Uptick Again

Around three months ago, reports The Washington Post, the demand for rentals began rising again as employees returned to their jobs or found employment in other metropolitan companies. The Post recommends that tenants begin renting sooner rather than later in order to take advantage of lower prices. Some companies that were averaging a maximum of six property showings per year, for instance, are now conducting twice this amount. Currently, individual homes are enjoying high demand, with many employees requiring more space to work from home now that remote work has taken off in such a major way. In May 2022, research by Mercer showed that approximately 70 percent of companies are planning to adopt a hybrid model of work, with many companies (including Twitter, Spotify, and Adobe) having successfully adapted to this mode of work. Flex Jobs’ 10th Annual Survey, meanwhile, indicates that around 97 per cent of workers wish to work remotely in some capacity—and that means they will be requiring significantly more space than in the past.

Lease Incentives are On the Low

Lease incentives, also called tenant inducements, are means of enticing tenants to sign a lease. One of the most common incentives is the tenant improvement allowance (TIA), which reimburses tenants for improvements they make to the property. Additional advantages include providing rent-free periods, paying for a tenant’s existing obligations to another lessor, and paying cash to a tenant when their lease commences.

Indeed, landlords do not per se have an opportunity to provide appliances such as ovens, washing machines, and dishwashers to clients. Tenants can take specific steps to reduce their expenditure on appliance repair. These include paying per job instead of per hour and paying professionals only after their work has been completed.

Many of the incentives offered to tenants during the toughest times of the pandemic are no longer available. Typical perks offered during the peak of C19 included three months off rent, parking discounts, and the removal of up-front fees to move into vacant homes. Prices are also rising, which makes sense considering the fact that prices dropped by up to 15 per cent in 2022. From January to August, 2022, rental prices rose by approximately 11 per cent. In August, 20221, apartment vacancy rates in the Washington region fell to less than 5 per cent. As reported by WTOPNews, “One of the reasons D.C. area rents fell so far and so fast in the early months of the pandemic is because rents in this market were so high before the pandemic.”

Smart Steps for Tenants to Take

In addition to moving fast, tenants should also try to obtain as many advantages as they can from prospective landlords. These include incentives such as free parking and move-in fees. If your landlord is not willing to waive these fees, ask them if you can pay the costs by instalments. When looking for an apartment, check all hidden costs—including screening fees or background checks, deposits, and the cost of keeping pests. Try to negotiate fees like pet deposits; if the landlord is firm on this type of coast, make sure they do not exceed maximum amounts. For instance, pet deposits (which can be used if your pet should cause damage to the property) should not exceed 25 percent of one month’s rent.

Is Buying a Better Alternative?

The DC housing market has always been competitive, which means that the suitability of buying a house very much depends on whether or not one has a budget for a high-end home. If home seekers are from interstate, they may be surprised by the high cost of home purchases. As stated by real estate specialists, Houwzer, the current median sale price for homes in the U.S stands at around $377,000. In Washington, D.C., however, this amount is approximately $709,000. Experts state that even buyers willing to buy homes in towns and suburbs close to D.C. won’t necessarily find homes for sale at a similar price to what they might be used to back home. Even in areas like Bethesda, Hyattsville, or Silver Spring, for instance, home prices can begin at around $500,000 for even a relatively small home.

There are many more reasons why right now might not be the best time to make a purchase. On the one hand, D.C. homes are considered good investments because their value rises fairly consistently. For instance, just five years ago, the average price of a home was a little over $550,000 and as mentioned above, today this value stands at over $700,000. The problem is that these high prices are sometimes seen as prohibitive by anyone except high-end home buyers so homes can be difficult to sell quickly. Buyers who are keen to make an investment in a D.C. home and even live there for a few years prior to flipping it can consider trending new areas like Deanwood, Anacostia, or Lilyponds. A home in Anacostia, for instance, will set you back around $530,000 on average but this area (like the others mentioned) includes a wide array of houses to choose from ranging from condominiums to modern apartments and even Victorian single-family houses.

The rental property in the metropolitan D.C. area is once again on the rise, as it is in many urban areas. Tenants wishing to sign a lease should do so, as prices are bound to increase further in line with increasing demands. Tenants should aim to reduce costs by asking landlords to waive fees and by looking well at rental contracts to spot hidden fees. Some lessees who have savings set aside may be wondering if it may be a good time to purchase a home. There are downsides to this idea—including what many consider to be the prohibitively high costs of homes in the Washington, D.C. areas. These homes are ideal for those with higher budgets and the hopes of flipping their home in the far future. Those seeking a home for the long term can perhaps look at upcoming areas like Anacostia, Lilyponds, or Deanwood for houses that are around $200,000 lower in price than older, more established areas, despite having an array of housing types to choose from and nearby amenities and green areas. 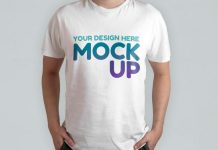 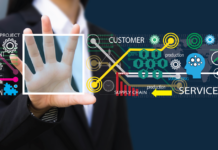 6 Reasons To Outsource Your Source To Pay Process 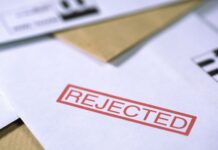 9 Reasons for Denial of Your Application for Credit Card 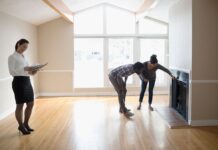 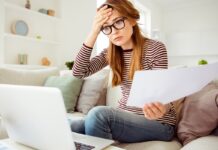 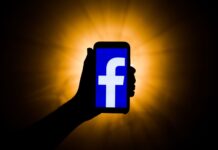