The Washington Note
Home Business How to Stop Your Invention From Being Stolen? 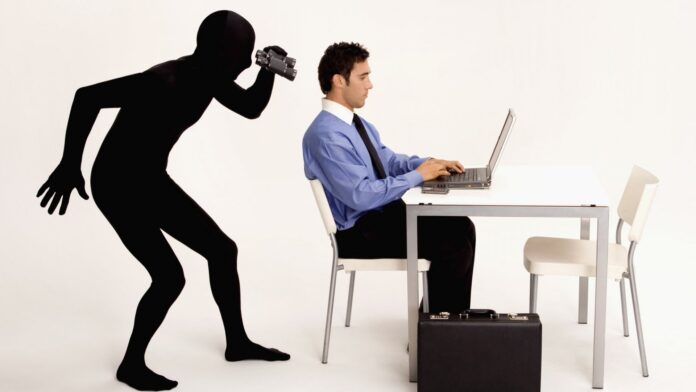 It is not uncommon throughout human history that inventions have been stolen. And these were some very important inventions, some of them even so important that they changed the world. We do not want to start the debate whether some patents were actually stolen or all this is just a myth, but it is worth mentioning at least a few patents where there are strong indications that the one to whom we attribute credit for that patent is not actually the one who deserves it. Phone, laser and radio are some of the most famous examples.

There are rumors that the phone patent was stolen by Alexander Graham Bell from Elisha Gray, Gordon Gould had to go through judicial battles for years until his credit for the laser was granted, and Marconi was officially the inventor of the radio, although it is clear that Nikola Tesla is the man behind that idea. Light bulb is another similar example. But don’t think that this has only happened in the past, a new example is Facebook. The huge amount that Mark Zuckerburg paid to his former classmates tells us that not all the merits are his alone.

So that a similar thing that repeats itself throughout history does not happen to you, we will tell you how to stop your invention from being stolen.

This is definitely the first piece of advice we need to give you and the best way not to end up with someone else bragging about your patent and making money from it. Even though we think the people around us have good intentions, you can never be sure of that. Your family and closest friends certainly wish you well, but if you tell them, there is a possibility that they will recklessly tell someone else and so the number of people who will have information about your idea increases. And the more people know something about it, the more likely it is that someone will try to take advantage of it and steal your idea.

So don’t tell anyone anything except those people who need to know a few things to help you. But you also try to make sure that no one but you knows all the details in that case, because when they only know the fragments and not everything, you are safe. Although you will have a great desire to share with everyone what you have come up with, wait. There will be time for that, once you insure yourself by making everything official and legal, and thus bulletproof.

Only work with trusted companies

There are various companies that can help you with your patent. While you may initially think that an idea is all it takes, it still takes much more than that. So if this is your first time being part of such an endeavor, it is very possible that whole process will be overwhelming to you and that you will need the help of specialized companies.

These companies can help you with the idea itself, some others offer financial help and the like. What is of utmost importance is to check the company you intend to work with. Background check is what will keep you safe. Choose companies like InventHelp that have been operating successfully for decades. This means that no one has had their patent stolen and it is safe to work with them. Don’t fall for some little-known companies because they offer you great conditions, because it can be a trap to get all the data and then present it as their patent.

Apply for a patent

The best way to protect yourself is to apply for a patent. However, it can be very complicated and, above all, expensive. Also, approving of applications usually takes a very long time.

But don’t worry, there is another option, and that is a provisional patent. A provisional patent is exactly what you need while you are still working on your invention. This allows you to very affordably and quickly protect your patent for the next year. This gives you extra time to work on the idea, without fear that someone might steal it from you. Also, keep in mind that after 12 months you will not be able to renew a provisional patent, but that is all the time you have available.

You will then either be at risk or will have to apply for a patent. It’s definitely something you need to do in the end, but only when you’re done and when you have enough money. Then you will wait maybe a couple of years before approval.

Insist on a non-disclosure agreement

Documentation is so important for several reasons. The first thing you need to do is keep the documentation safe so that no one steals it. What you must also not fail to do is to keep detailed documentation of the entire process. If you fail to do so, you may be denied a patent, although everything else is great. And if you are rejected, someone else will eventually take credit for your idea and for your work.

Also, if you are giving documents to someone, ask them to sign when you handed them over and which documents, as this can be very important evidence in court if that happens.

We would like to draw your attention to the fact that you must first check whether there is already a patent like yours. Many times it has happened that people start the whole process without checking if their idea has already been registered. If it is, and you don’t check it, it will cost you a lot of time and money, and of course you don’t want that.