The Washington Note
Home Technology What Exactly is Storyboarding For Animation? 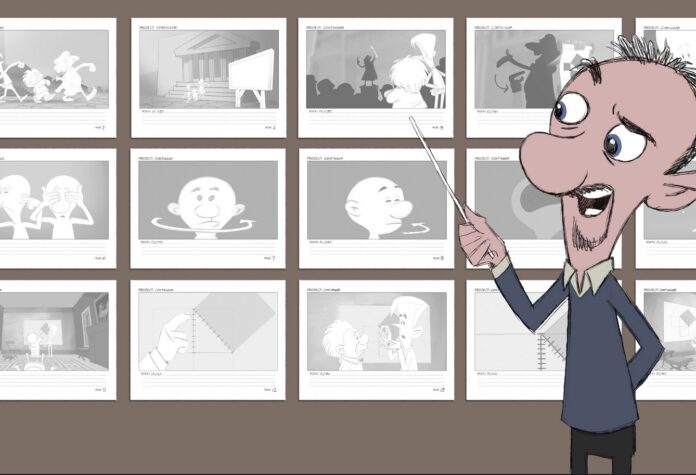 Before we talk about the connection between animation and storyboards and the role of animation storyboard services, let’s first discuss why animated content has become so crucial for branding.

Why do you need an animation to promote your brand?

An article in Smart Insights suggests that 83% of marketers believe that video marketing is more important than ever. About 53% of customers are more likely to purchase from a brand after watching a video promoting that brand’s product.

Until recently, brands have been focusing on the creation of live-action videos, which have benefited branding processes significantly. According to uptownmotions.com the balance has been shifted to the creation of animated videos, and several reasons suggest that using animation is a more logical, convenient, and profitable approach. Here are some top reasons why you may want to add animated videos to your branding process.

A graphical representation of the process of unfolding of your video shot by shot is known as storyboarding. This representation consists of various squares that have illustrating pictures to explain every shot. It also has notes that tell about the scene. A script tells about the shot. You can refer to it as your script’s comic book version.

A storyboard serves as a roadmap during the process of making a video.

It works like a script during the production process. When you have a storyboard, you know what shots you need to create and how to create them during the filming process. A storyboard allows you to get feedback on your storyline. If you need to make a change, you can make it on the storyboard to avoid having to make changes to a video after its creation.

What may be good news if you are interested in developing a storyboard is that you don’t need to be an artist for this procedure. Your storyboard can consist of anything from rough sketches to stick figures to computer-generated elements.

It has to be public, of course, so you will need to make sure that you have placed everything in your storyboard in a logical order to make it easy for your viewers to grasp the idea of your production. You may want to take help from top animation storyboard services if you are confused at any stage of this production project.

The concept of storyboarding dates back to the early 1930s when Walt Disney started creating story sketches. They completed their first storyboarding project in 1933. The idea of storyboarding this way was put forward by an animator Webb Smith, who drew scenes on several sheets of paper and pinned them in a sequence on a bulletin board to tell a story. It was the very first version of storyboarding. By 1938, every animation studio in the US started using storyboards in their productions.

Creating a storyboard may seem something you can skip, but you will not want to do it, given the benefits it has to offer. Here are some reasons why you may need a storyboard for your video production.

A storyboard is a visual aid that helps you share the purpose and storyline of your video with others before your video is ready. The most notable benefit of this approach is that you can use it to help your stakeholders visualize the script of your video. It is nearly impossible to accomplish with text scripts. With the help of a storyboard, you can let you’re your audience know what your video will be like after publishing. You might want to get help from animation storyboard services to prepare an amazing storyboard to build a demand for the complete video.

It makes the production much easier

Storyboarding is a process of setting up a production plan, which mainly includes the shots that you will need to take, the order of your shots, and ensuring synchronization between the visuals and your scripts. It means that chances of you forgetting any shot will be quite rare, thanks to the storyboard, which acts as a reminder for every shot during the production phase.

It saves you a lot of time

It’s quite an obvious benefit. When you have a storyboard, you have everything related to the planning phase pretty much streamlined. Quicker references from the storyboard will allow you to grasp the concept of every shot and its connection with the other shots. It will help you work on your productivity.

The role of storyboarding in an animation project

An animation project can sometimes become complicated. When you have to create an animated video, you have to focus on a lot of elements that connect to each. Being at the backend, you have to pay more attention to every aspect of the project to make sure that the connection between all of the elements and the link between every shot makes sense.

A storyboard that you use during the production of an animated video needs to have details about every element and all of the crucial shots. Sometimes, you may have to use arrows to illustrate the connection between different shots or scenes.

You may want to add text script in a storyboard, but overdoing it can become counterproductive. The purpose of a storyboard is to build a visual representation of your production. The more it focuses on the visuals, the better. It may, however, depend on the type of animation production.

When you are working on the production of a video, you know very well what you want to accomplish. When other people are also involved in the project, they may have completely different interpretations of different scenes and shots.

A storyboard is quite helpful in this regard, as it guides all of the animators and people involved in the project to a more accurate goal. It helps individuals working on the project to synchronize their objectives with each other and work accordingly. All of the top animation storyboard services work this way.

If you are a renowned brand and people want to see animated content from you before buying your products or service, you will want to develop attractive storyboards to give your audience the reason to stick to your brand.

Storyboarding: When does it get necessary?

Storyboarding is a way of establishing an effective synchronization between team members working on an animation or video production. If you are working on a large project, which the people have been anticipating for too long, you will want to create a storyboard to keep things organized for your team members and keep your audience from giving up on waiting for the production to complete.

On the other hand, you may not need a storyboard if you are working on a project by yourself. If there is no problem with your imagination of how the project will progress, creating a storyboard may only slow you down, which you will not want.

You may still want to create a storyboard because it can serve as a quick reference for your production. You can draw visual representations of all crucial points of the project in your storyboard to keep yourself from thinking much about the sequence of every shot. You will be able to focus on your productivity this way.