The Washington Note
Home Net Worth Supa Cent Net Worth 2023 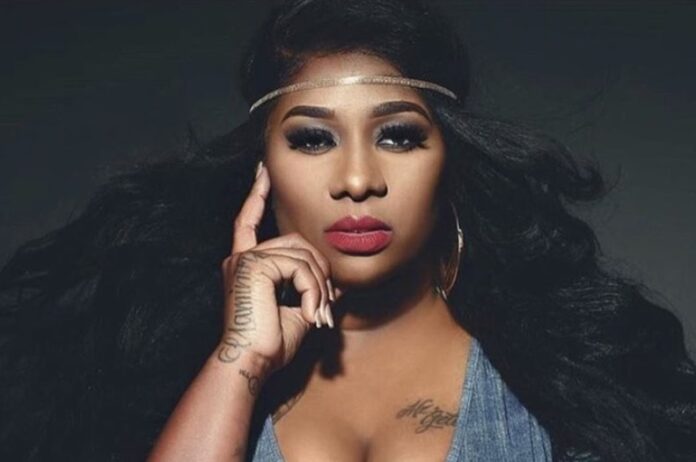 “There is no elevator to success, you have to use the stairs.” Do these words ring a bell? Supa Cent, the creator of The Crayon Case Cosmetics, which is used by many amateur make-up artists, was the one popular for these motivational words.

She had come a long way since her early beginnings at the spotlight in 2011; here you can read all about her life, career and income.

Supa Cent, whose real name is Raynell Steward, was born in New Orleans, Louisiana on February 2, 1988.

She lived with her mother and sister, and although her father was mostly out of the picture, the two had held a somewhat healthy relationship.

Middle school was full of bullies, who she fought off by making up jokes about them. That humor of her’s would, later on, prove to be very useful on Vine, where the star was super successful on. She posted funny videos on this platform and became widely recognized.

Before Vine and The Crayon Case, this Internet sensation worked several jobs like waiting tables or housekeeping in order to support herself. She often talked about her before- fame hardships.

Then, when Vine got shut down, just like many of her fellow Viners, Supa transferred to YouTube. She posted storytime videos, makeup tutorials and reviews, Q&As, recipes, but also short videos of herself and her friends and family.

Her Instagram profile has an impressive number of 1.8 million followers.

As she found passion in the make-up and the beauty industry, and as she was also once an amateur, it is not a surprise that she created her beauty products in a way that they could be used by amateurs. It is something that not many people had done before, so The Crayon Case got many positive critics and a pass from many make-up artists.

While selling her Crayon Case products, she won over $1 million in 90 minutes during a Cyber Monday Sale in 2018. This shocked everyone; so many people started writing articles about this sale alone. Some of the more famous beauty gurus asked: “Who is this Supa woman?” Well, she had shown them who she was, alright.

She hoasted a podcast named “Da Supa Kitchen”. There, Supa and her friends discussed currents events and recalled some interesting life situations.

She was also praised for her parenting skills. Supa taught her son Tre how to deal with bullying in his school; she had told him about “roasting” and “ribbing” she had also used back in the day.

Our sources estimate that Supa Cent’s net worth in 2023 is around $5 million. This number will surely grow in the future since this aspiring businesswoman has no intention of slowing down.