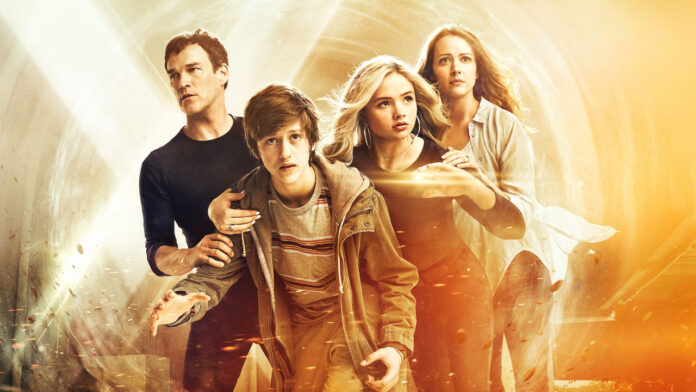 A superhero show dramatizing science-fiction in the best way possible as a spin-off of X-Men, the American counterpart Gifted takes place in an alternative reality. Marvel television’s joint efforts with Fox television saw the initial release of the action-packed drama “Gifted” being screened in October 2017.

A Peek Into The Storyline

Season 1 comes with a big bang that saw a line-up of 13 episodes not in entirety a crossover of the X-Men series but a show spanning in an alternate timespan focusing on concepts of racial discrimination and sexism. 9/11 being cited as a catastrophic event that side-lined the X-Men and led to their disappearance.

The great extent of the social upheaval created a furor amongst the inferior species while the mutants faced all the flak. The series follows to unravel the mystery with regards to the missing X-Men that is the highlight of the plot.

The show begins charting the ordinary lives of the Strucker family who are in the midst of having discovered a truth about their children that has rattled them to go on a run. The mutant powers invested in the children lead to the government turning hostile while the family strives to survive by forging a bond with the underground network of mutants.

The premises of season 2 showcase a 6-month time leap. The beginning gives a lowdown post the Atlanta Station explosion. The sequel focuses on the aftermath of the earlier season directing at the bonding of Hellfire Club with the Underground Mutants. The Morlocks are introduced as the new group of mutants.

The Gifted Season 3 Casting Choices We Can Expect

The second season and the ongoing debates amongst the different factions that question the simultaneous existence of humans and mutants stress what would be the proceedings of season 3. The show largely dealt with the Strucker family and the children with mutant powers in question. The girl is Lauren while the child is Andy and they are seen here being portrayed by Natalie Alyn Lind and Percy Hynes White respectively.

The second season also is notable for Andy and Polaris joining hands to be within the inner circle of the Hellfire Club. One that would have assisted Reeva, the chief in creating a freak nation.

Reed Strucker is portrayed by Stephen Moyer who ends up sacrificing himself to put a stop to Reeva, played by Grace Byers. The course of the season saw Reed destroying Reeva to ensure a mutant nation is not created. Marvel characters never really die and it is yet to be seen whether Reed comes back for season 3. While we have to wait and watch for seeing which of the remaining crew makes it to the sequel.

When We Can Expect The Release

The release of the second season of “The Gifted” was highly anticipated but the bland ending led to a series finale that barely registered 2 million viewers. A reason which led to Fox television denying a renewal. Since Marvel helms the production there are still chances for a resumption.

The Gifted Season 3 could be enticing given the show works on its agenda of creating an inclusive community where mutants and humans stay together despite their differences. The focal point could be how policing works in a world that is so habituated to living separately.