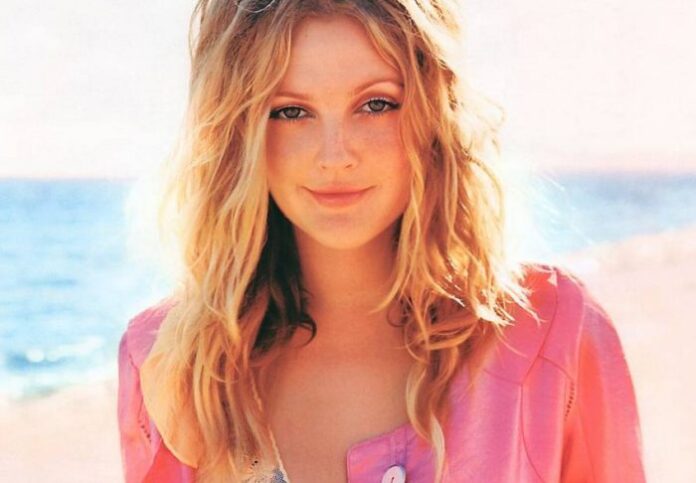 Drew Barrymore is probably one of the sweetest actresses of Hollywood, and quite possibly the world. She started as a child actor with a tumulus childhood and teenage years, and she transformed into a beautiful woman, a fighter, an amazing mother, and more. Take a look at some interesting facts about this talented actress.

Drew Barrymore’s grandmother Maurice was an actress too, and her grandfather was the famous Shakespearean actor. She has other prominent family members, like her aunt Ethel and uncle Lionel, and even her father John Drew was a famous actor at one point of his life.

Drew’s mother Ildiko Jaid was a Hungarian refugee during World War II, and she was born in a refugee camp in West Germany. After coming to America, she started her acting career, and when she was 21 years old, she met John Drew. They eventually got married, but in the end, they divorced, and Ildiko Jaid was pregnant with Drew Barrymore at the time of separation.

Due to the divorce, before she was even born, Drew Barrymore had little to no contact with her father. She saw her father when she hit three, and it wasn’t a happy reunion. John Drew was very intoxicated, and he went inside the house to grab some more alcohol. One time, he wanted to show some karate to Barrymore, and he started kicking her all the way to tears. Barrymore even said when she was seven years old, “Why do you always cause so much pain?”

John Drew was incapable of loving his daughter, and she decided to cut him off her part. However, when John Drew was diagnosed with cancer, she took care of him, and three months before he died, he said to her, “You were born perfect.”

Drew Barrymore got her first role in a commercial when she was just eleven months old. Some years later she was called to audition for a part in the movie titled Poltergeist. Steven Spielberg saw the potential in her, and he said that he doesn’t think that the part in Poltergeist is the right part for her. He promised to call her when he had something special, and Barrymore gave up on her dreams, as she thought that he was just lying to her.

However, Spielberg did call, and this time it was for his movie E.T. she was just six years old at the time.

E.T. was a significant success, and her mother Ildiko Jaid decided to leave her job in order to become Barrymore’s manager.

Jaid seemed to enjoy all the popularity and fame Drew Barrymore was getting, and she took full advantage of it. Jaid took Barrymore to Studio 54, and Barrymore was excited because of it. She thought of it as “Disneyland for adults; only I got to be a part of it.” She was nine years at the time, and by the age of 12, she was already drinking beer, smoking cigarettes, making out and was addicted to cocaine. Jaid stated once, “When we went out, it was always the two of us together. It wasn’t ever Drew going off to a party while I stayed home and knitted … This was still a period where I considered us an inseparable team.”

When Dre Barrymore was 13 years old, she was already broken down. She attempted suicide, but according to Jaid, she just wanted attention. Jaid decided to put Barrymore to a mental hospital to battle her demons and quit the addiction, and Barrymore recalled, “It did give an amazing discipline. It was like serious recruitment training and boot camp, and it was horrible and dark and very long-lived, a year and a half, but I needed it. I needed that whole insane discipline. My life was not normal.”

During her time at the hospital, the doctors advised Barrymore to seek emancipation. She was 14 years at the time she got out, and she decided to look for that emancipation. Jaid supported the idea, and Drew Barrymore got freed. Since she never attended school, she decided to educate herself, and she soon became a full adult despite her teenage years. She found a job at a coffee shop because Hollywood didn’t want to have anything with a former drug addict.

When she was 18 years old, she slowly returned to the big screen. She got the role in Poison Ivy, and that gave her the opportunity to cast away the child actress she once was, and she was soon seen as a very talented young actress. In 1994, when she was 19 years old, she married Jerry Thomas. Thomas was a 31-year-old bartender, and only after two months of marital life, they divorced.

In 1998 Luke Wilson and Drew Barrymore started dating, but they broke up too, and Barrymore started going out with Tom Green. They got married, but split after two years of marital life, in 2001. Fabrizio Moretti was her next man, and the two lasted for five years. Before marrying for the third time, she dated for a while a guy named Justin Long.

Drew Barrymore was the youngest person ever to host Saturday Night Live. She was six years old at the time, and many years later, in 1995, she was a guest on Late Night with David Letterman. They talked about Lolita, her persona, who was a go-go dancer, and she started showing on her dancing skills on Letterman’s desk. She went full-on crazy, and the audience seemed to love it. Barrymore published a memoir titled Wildflower, and she recalled that moment seeing it as her last “bad girl/wild child” public image. “I wanted to be a good girl, and I wanted goodness to be the theme of my life and my work,” Barrymore stated.

Nancy Juvonen and Drew Barrymore founded Flower Films in 1995, a production company. They started producing in 1999, and they have done Never Been Kissed, Home Fries, Charlie’s Angels, and Donnie Darko so far.

Drew Barrymore had difficulties landing a proper role. Despite appearing in Everyone Says I Love You and Scream, she wasn’t satisfied, and she decided to meet with Adam Sandler. Barrymore recalled the meeting, “We looked like the worst blind date you’ve ever seen. I showed up with purple hair and a leopard coat, and he was in his classic cargo pants.” They appeared in The Wedding Singer, and her career started to take flight.

Drew Barrymore is still an actress, but in addition to this, she is also involved in many other projects, like cosmetics, wine, and modeling. “I’m not good at just showing up to things. I like to be involved in the creative process, learning how things function,” Barrymore revealed. She made Barrymore Wines with Carmel Road.

Drew Barrymore and Will Kopelman married in 2012. “Will struck a lot of my pragmatic sides,” Barrymore shared. “He was someone who was always reachable on the phone, someone who was a classy human being, someone who has this incredible blueprint of a family that I don’t have.” They have two daughters together, but unfortunately, they divorced after being married for four years. “When you get divorced, you’re like, ‘I’m the biggest failure. This is the biggest failure.’ It’s so shameful and hard to actually go through that, even privately,” Barrymore shared to Ellen DeGeneres on her show, Ellen. “I so wanted to raise kids in this ultra-traditional way and do everything so the polar opposite of my experience.”

“I cannot remember life before kids. It seems like a dream,” Barrymore once explained. Even though she is no longer married to Kopelman, they are co-parenting. Barrymore gave birth to Olive in 2012 and Frankie in 2014. “When people are like, ‘Aren’t you worried your daughters are gonna end up like you?’, I’m like, A) thanks, [and] B) I, in some ways, hope they do, now, in the later years. And in the younger years, like, they’re not gonna have my life, you know. Not going to Studio 54 at 7 years old will probably make them a lot more normal than I was.”

In 2017 Drew Barrymore appeared in a dark comedy on Netflix titled The Santa Clarita Diet. She was also the producer, and despite the fact that she struggled with the idea of appearing in the Netflix special as she was still healing from her divorce while trying to parent her daughters, she went on with the project, and it was a success. “It goes to show you: sometimes when you think something is the worst timing and there’s no way you’re going to be able to do it, it can become the thing that ultimately pulls you out of the darkness and brings you into the light,” shared Barrymore with The New York Times. The show got canceled in 2019 after two years of airing.

Drew Barrymore managed to get her life together, and we applaud her for everything she managed to achieve. Her childhood wasn’t easy, as well as her teenage years, but he managed to get through it all and enjoy her life today as it is. She is a successful actress, producer, and entrepreneur, and an amazing mother.