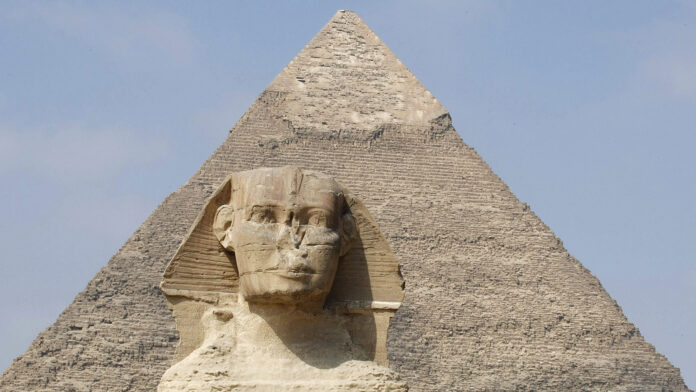 In ancient Egypt, there was a powerful and developed civilization – in this cradle of mankind, much of what is used now was invented, no matter how strange it may sound. What exactly was invented by the ancient Egyptians – how did they equip their life, be treated and have fun? In the following article, we will have a look at this topic.

For a long time, it was believed that the Egyptians learned to smelt iron only closer to the beginning of our era, and before that time they used bronze and copper. However, metal beads were found in one of the many tombs, which means that the previous theory was in doubt. The answer was found by deciphering the hieroglyphs – the icon, which, in fact, means iron, can be translated as “iron that fell from the sky.” Most likely, these beads – and many other things – were cast from a meteorite that fell to Earth in ancient times.

The Invention of Toothpaste

On the murals and among the archaeological finds there is evidence that in ancient Egypt they knew how to brush their teeth with a special powder. It included, along with other components, crushed chalk, egg shells and dried herbs. How exactly the paste was used, is not yet possible to find out.

Many of us see advertisements for toothpaste. While in this form we got the toothpaste pretty late, the Egyptians used them in ancient times.

The official discovery of antibiotics took place only in the last century, but even in ancient times, people knew that mouldy cakes are great for healing wounds – especially those that look the most terrible. Probably, the discovery was made by accident, but such lotions were popular – there were enough wars in those days to experiment with festering wounds.

Alexander Fleming is credited with the invention of antibiotics. He saved many lives and a lot of illnesses could not be cured without him. Egyptians just use different methods to tackle wounds and other incidents.

Already during the Middle Kingdom, in the second millennium BC, the rule of law and the power of the pharaoh was protected by the police. This formation was called, of course, in a different way, but the essence of this does not change much. It included the hardiest and strong warriors who proved their loyalty to the supreme ruler and mercenaries from other countries. They had dogs and monkeys as assistants, patrols guarded palaces and temples, construction sites and streets of ancient cities, caravans and ships.

Egypt has always been popular in pop culture. Even now the inventions of the ancient country amaze a lot of people. No wonder even online gambling platforms have themes revolving around Egypt. You can check here a lot of slot machines that are pretty astonishing to play.

Now Egypt is the country of victorious Islam and it is not very easy to find alcohol there – if you do not take into account tourist attractions and resorts. And in ancient times, even the builders of the pyramids were supposed to have up to five litres of beer in their daily diet – and they brewed it there. The foamy drink was also brewed in other ancient states, but Egypt became one of the pioneers of the brewing industry in the world.

Beer is mainly associated with countries like Germany and the Czech Republic. However, we should not forget the Egyptians who made a breakthrough in this direction.

A study of the surviving mummies showed that the surgical art in ancient Egypt was at an unprecedented height, comparable to the modern level. Traces of heart bypass surgery and organ transplantation were found on the embalmed bodies – and the ability to mummify so skillfully and for such a long time in itself suggests that medicine was then developed very seriously.

Right now, one of the most complicated operations are held worldwide. Had it not been for the Egyptians, we might not be able to find out some intricacies of the surgery.

Probably, the police did not arise by chance – at all times there were those who wanted to profit from someone else’s good. So the locks that could be used to lock doors were invented precisely in Ancient Egypt – and in parallel, the same discovery happened in China. The first locks were made of wood and bronze and included the simplest mechanism, which nevertheless protected the dwelling.

There are some people who credit the invention of door locks to Romans. However as we can find out from various writings, it is the Egyptians who made a breakthrough.

In Giza, not so long ago, the playroom of the ancient Egyptians was discovered. It is curious that paths were carved in it, along which balls of different diameters were rolled – in the centre of each there was a hole to make it easier to pick it up with your hand. It is not known what the Egyptian bowling pins were replaced with, but the balls clearly had to be pushed for some purpose.

Right now bowling is played worldwide. You will not see a country where friends do not hang out in bars to play this game. Indeed ancient Egyptians have a say in inventing this entertainment.

It would be strange to assume that people who were able to get the brain through the nostrils during mummification – this is a confirmed fact – would not try to treat eye diseases. Various methods were used – some of which were of a very dubious sense. For example, it was believed that the same brain could be crushed and dried in order to be added to the composition of the ointment from vegetable paint, crushed insects, clay and herbal decoctions. Now it’s impossible to establish whether such a recipe helped – but you must admit that the eye makeup on the murals looks impressive anyway.

You have probably seen The Mummy. This movie can prove that the Egyptians really made operations of brains. 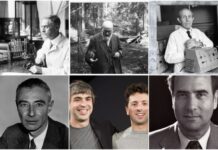 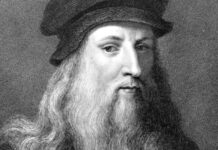 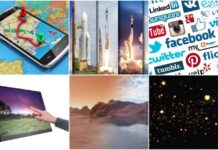 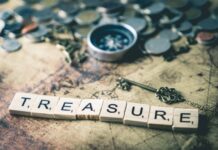 Most Valuable Treasure Troves Found Over the Last 100 Years