The United States is huge, and the landscape, economy, and people can change from state to state. However, there are some common rules, tips, and tricks that are relevant throughout the US.

1. Make Sure to Tip Waiters

Tipping is pretty common throughout the US. In fact, a waiter’s salary tends to be very low because tips are expected to make up the difference. Tipping 15 to 20% is considered to be appropriate.

While tipping is optional, not leaving a tip can be a sign that you didn’t like the service.

2. Drive on the Right Side of the Road

If you are coming from the UK, Australia, or any other country where driving on the left side of the road is common, then it is important to know that Americans drive on the right side of the road. On top of that, US-based cars are made with the steering wheel on the left-hand side.

3. Say Goodbye to the Metric System

The imperial system does take a bit to get used to, but it is worth learning if you plan to live in the US—especially when it comes to interpreting road signs that give a distance based on miles.

4. Sales Tax Is Added During Payment

A lot of countries include the sales tax on the price tag of a product—but not the United States. In the US, the sales tax is added during the payment process. While the sales tax amount can vary depending on the state, it usually ranges between four to seven percent.

So, the next time you walk into a US store, just remember that the price tag will be slightly lower than what you will pay once the sales tax is added.

5. Personal Vehicles Are a Necessity

The US is ginormous and towns are often miles apart with only the road system connecting them. While you will find public transportation in cities, there is little to no public transportation outside of them. That is why it is not uncommon for American households to have at least two personal vehicles.

Even ride shares and companies like Uber and Lyft are unlikely to be available outside of a city. Because of that, a personal vehicle is necessary if you live outside of a city or if you plan to do a lot of traveling.

6. No State or Federally-Sponsored Medical Insurance

While US laws are similar across states, they do vary. You may find, for example, that U-turns are legal in one state and illegal in another.

Another example is fireworks. While individual use of fireworks is legal in most states, with the exception of Massachusetts, you’ll find that each state has its own rules. It can get even more confusing when you realize that while you can buy certain types of fireworks in one state, you can’t use them in that same state.

Credit cards are pretty common throughout the US, and it can be rare to see an American pay in cash. Foreigners are also able to participate in the “fun.” But, it is really not up to debate whether or not you get a credit card as your credit score is critical when making any major purchase—especially when buying a house.

If you lack a credit score or have a less-than-desirable score, then you may be prevented from taking out loans and have less access to financing plans.

9. Ambulances Are Not Free

While the US does offer a nationwide emergency response service, Ambulances are not free. In fact, they can cost anywhere between $400 to $2,000. So, depending on the situation, it is sometimes best to use your own personal vehicle rather than opting for a “flashy” ride.

10. Paid Leave Varies Based on the Company

The US does not require companies to give employees a certain amount of paid leave.

However, don’t worry, most do offer paid leave with the national average being around 21 days. On top of that, employers may offer unpaid leave if you find that you need more time off.

The American real estate market can drastically vary by location. Real estate outside of a city, for example, may be three times the size but costs three times less than a place in the city.

You’ll also find that, outside of the city, houses may come with multiple acres of land and can be spaced miles apart from one another.

Because of how drastically real estate prices, sizes, styles, and more can change based on the location, it can be hard to find your dream home.

Thankfully, there are many US-based sites that offer a comprehensive search engine that will allow you to search by location, cost, home type, and more.

One such site is Ofirio—which not only provides an advanced search feature but also provides investment information and rebates on purchases or sales made through their agents.

All in all, while the US may take a bit to get used to, it is worth it. Though the landscape, people, and economy can vary by state, you’ll find that the nation as a whole does share common rules and experiences that will make living in one state feel similar to any other state. 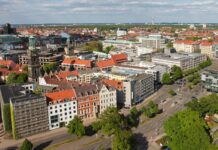 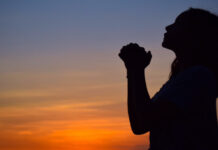 Prayers to Help You Find Strength and Hope During Tough Times