Winning a divorce case is easier said than done. Divorces are some of the most difficult cases.  With a divorce, you have complex family law issues combined with emotional issues. Divorces are not like typical court cases where only the law, and not the emotion, is important.

Both individuals involved in such cases know well that this isn’t the desired outcome when entering into marriage. However, life happens and sometimes things turn for the worse.   The marriage has failed and now you have a pending court date. What should you think about next? Winning, that is what you should think about.

When in this situation, regardless of who is to blame, your main goal should be to win the case.

So, to help you win your case, we’re going to ask the divorce experts at www.rightlawyers.com to provide some tips on how to win your case.  Although they have already told us no one truly wins in divorce court.  But, you may do better than expected if you use these tips.

During a divorce case, it’s important to know that the judge makes the final decision on any issue couples cannot agree with one. There are five main areas to most divorces that need to be decided; child custody, child support, dividing assets, dividing debts, and possibly alimony.

This final decision may take six months or more to be reached. While you are going through the divorce and waiting for a decision don’t move out of your house.

The house can be a tense environment after a divorce has been filed, so you might think moving out is a good course of action. However, this can be a mistake. Unless there is violence in the home you want to stay in the home as long as possible because of the expense involved in a second home.

Most long-time divorces are going to involve dividing income, or one spouse providing another support. If you are the higher earner, moving out doesn’t absolve you from supporting your spouse. If you are the lower earner, nothing states your spouse needs to help you with your new apartment or home.

Wait until the judge makes a temporary final decision on who should live where, and who should pay what expenses.  Moving out doesn’t remove this in moving out, and because the judge may have you cover the expenses of the original home.

If you do move out, before the judge orders it, and you have children, then be careful with the custody schedule.   You could set a custody precedent that is hard to overturn.

Most divorce cases end with the assets being equally distributed between both individuals.  We often say “half” is the four-letter word in divorce court.

You’d be surprised to see the lengths people go to hide community assets. Secret bank accounts, bitcoin accounts, Zelle transactions to themselves, safety deposit boxes, and more. Spouses have been known to be extremely creative in hiding assets.

Proving the secret assets exists can be difficult. During the divorce process, you can request these documents and these statements. This is called discovery. But while you are living in the home you can help with this process by copying records.

Look for and copy any record that might lead to an asset. Take copies of bank statements, credit cards, stock accounts, tax returns, corporate documents if either of you own a business, and passwords to online accounts. Go online and make copies of these accounts while the passwords are good.

Family law is very complex and can directly impact your life in the future. The outcomes of these cases can completely ruin a person’s finances.

The outcome depends solely on what has happened between both individuals. If one has cheated on the other, then the outcome isn’t that bad. However, if there is abuse involved, then you’d bet there will be some dire consequences.

Regardless, you’d need to hire a winning team that will be there to win the case for you. The team should consist of a family law attorney that practices family law at least 80% of the time, a divorce financial planner that focused on the financial aspect, and maybe even a therapist that will help you emotionally.

All three individuals will work in accordance with one another. The attorney handles the legal process. The financial planner helps you plan for your financial future after the divorce. And the therapist helps you stay sane during the divorce. Plenty of cases are lost because a spouse cannot hold it together and settles for a lot less, or gives up a lot more, because they can’t handle the emotional stress of the divorce.

4. Don’t Give Them Any Fuel

The fire has been set, and anything you say can be used as fuel. It goes without saying that if you have hired a divorce lawyer to go to court your relationship with your spouse is on fire. Be careful what you give your spouse as fuel.

During the divorce proceeding, it is very much advised that you don’t provide your spouse with any fuel that can be used in court. Don’t communicate with your spouse about anything can be used against you.

Your spouse may have been your soulmate or your best friend. You might think you can trust them with any secret or conversation.  That may longer be the case.  Your spouse is now the opposing party.   He or she wants to win and may use your words against you.  Be careful.

While this doesn’t take into account anything verbal, as these are hard to prove. But texts, emails, social media posts, recordings, voicemails are admissible.

This type of evidence can be significant in custody cases. Judges have discretion when making custody decisions. There may not be much to go on. Each side is looking for the smallest points to make with the judge. Your expletive text message might be all the judge needed to see to rule against you.

Easier said than done. It can be difficult and hard to not think with your heart. But thinking with your head instead of your heart is the best way to win your divorce.

Thinking with your head gives you the best chance of winning a case. You are removing the emotions from it and are able to see the right decision clearly. Divorce is emotional baggage that few can keep a level head through the entire process.

However, you have to stop thinking about the other person and start thinking about yourself, your children, and your financial future. At the end of the day, you and your ex-spouse will go your own separate ways. 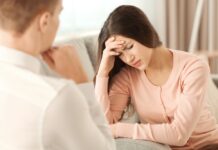 How to Get Someone to Tell the Truth About Cheating 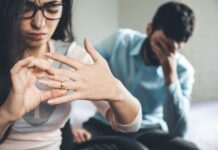