The Washington Note
Home Health How the US Healthcare System Works

For promoting and maintaining fitness, preventing and treating illness, decreasing unnecessary disability and premature death, and ensuring health equality for all Americans, the public need access to comprehensive, high-quality health care services. But how does the healthcare system really work? Is it really accessible to the public? How important is health insurance? To be able to understand the healthcare environment that we have at present, we must think about at American healthcare history. As they say, history repeats itself, and it rings true when it comes to America’s efforts to provide affordable healthcare to its people.

History of the US Healthcare System

Traditional and domestic healing practices, often administered by family women, are common. In the case of an emergency, doctors will come to your home. Medical colleges arrived in the United States in the late 1700s, bringing standardization of clinical procedures and physician licensing. Doctors have gained a reputation as authoritative figures. As cities become more populated, close quarters and poor sanitation lead to the spread of disease.

Prescription drugs are organized and regulated by the American Medical Association. In response to high rates of injury among railroad employees, the railroad industry leads the way with employee medical programs. Some doctors and surgeons specialize in railway surgery, and professional societies are formed to exchange knowledge. The majority of healthcare is delivered on a “fee-for-service” basis, with payment due at the time of service. Some people avail of private health insurance, and some businesses provide healthcare coverage to their employees.

In the early 1900s, surgery became routine for removing tumors and infected tonsils. The Progressive Party proposes a National Health Service and public healthcare for the aged, unemployed, and disabled in 1912. The American Medical Association and other groups oppose the proposal, and the Progressive Party disbands by 1916. However, the concept of social insurance would have a long-term influence. Hospitals are modern, clean establishments by the 1920s.

The need for health care, as well as old age and unemployment compensation, becomes more prominent during the Great Depression. Henry Kaiser arranges a fixed standard of treatment with a local hospital for his aqueduct staff. The Kaiser Permanente Health Plan was born, and it would later develop into the managed care system, which is the cornerstone of today’s HMOs and PPOs.

Companies started providing healthcare assistance in the 1940s as a way to deal with wartime wage restrictions, which gradually gave way to the employer-based scheme that is still in use in the United States. To satisfy the increased demand, more private health insurance providers begin to provide coverage. The antibiotic penicillin is now widely used.

In 1960, the cost of hospital treatment doubled at this stage in American healthcare history. Private insurance is available in the United States for those who can afford it, and healthcare services for the vulnerable have grown in scope since the Great Depression. Since the elderly cannot afford health insurance, President Lyndon B. Johnson signed Medicare and Medicaid into law, allowing them to be used.

In the 1970s, Nixon renamed community health plans HMOs. The number of women choosing medicine as a profession grows from 9% to over 25%, and smallpox is eradicated. Fast forward to the 1990s, healthcare prices have soared at a rate double that of other goods and services.

Efforts by the federal government to overhaul healthcare have failed once again, leaving more than 16 percent of the population uninsured. During the century, healthcare costs have continued to increase, and many people believe Medicare is unsustainable.

The Affordable Care Act, signed by President Obama, makes major improvements to American healthcare. Plans approved under the Affordable Care Act must cover ten basic health benefits and cannot refuse coverage due to pre-existing conditions. The individual mandate in Obamacare requires citizens to keep their health insurance coverage by imposing tax fines on those who do not. The Health Insurance Marketplace, which is part of Obamacare, allows people to compare premiums on ACA-approved policies.

The healthcare system in the United States is a combination of public and private programs. The majority of Americans who have health are sponsored by their employer. The federal government, on the other hand, covers the poor (Medicaid) and the elderly (Medicare), as well as veterans, federal employees, and members of Congress. Other government employees are covered by state-run services.

There are a lot of private companies as well, which are working simultaneously to providing the people with the necessary healthcare service. A lot of Americans prefer these companies to use some other state-run services.

For more information, you can check out https://www.demandforce.com/

Following the introduction of the Affordable Care Act (ACA), the number of people in America without health insurance fell for the first time in a decade in 2019. Medicare offers health care to nearly all senior citizens, and Medicaid provides support to those with low incomes. More than 16 million Americans now have health care as a result of this important move forward.

As the healthcare system grows to be more accessible to the public, various healthcare providers have begun to appear to cater for the increasing demand. Local health system operators that offer quality care can be found around the corner even at Walgreens.

Similarly, due to the advent of the digital age, healthcare providers have become more and more accessible and are easily and conveniently reached out by patients. The presence of the internet has streamlined the operations associated with healthcare by supporting financial and administrative transactions, public health surveillance, professional education, biomedical research, and better patient outcomes, among many others.

The American healthcare industry has truly seen many ups and downs through the years. Looking back, the state of the healthcare system has definitely experienced a significant improvement, but there is still a long way to go to ultimately achieve health equity for all Americans. 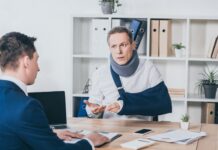 Protect Yourself Financially From Workplace Injuries 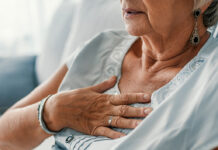 11 Ways To Tell If You Have Breathing Problems- 2021 Guide 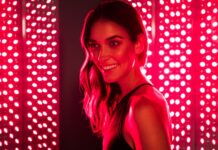 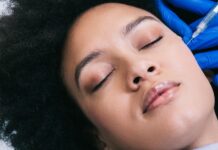 Why Do People Put Fillers in Their Face? 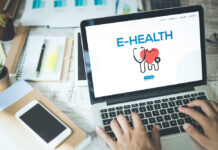 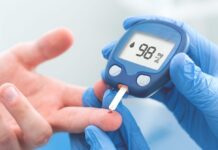 Look Out for 6 Benefits in Health Insurance for Diabetes

7 REASONS WHY YOUTUBE IS THE BEST PLATFORM FOR EARNING