The Washington Note
Home Guide Is It Ok to Vape Around Your Computer?

The number of vapers worldwide has been rising steadily for years, but this relatively new technology still comes with plenty of questions.

One particular point that appears to be gaining traction is whether or not you can vape around your laptop or computer. What, if any, potential damage could you be doing to these machines if you do?

As that vapor billows out from your RELX vape and steadily rises into the fresh air, the last thing on your mind is possible residue. When vaping outdoors, your vapor rises away from you. But do the same in a car, and you’ll notice a small film-like substance that begins to coat surfaces, with the windows providing the most obvious setting.

One of the most common ingredients in almost all e-liquids is VG (Vegetable Glycerine). It is primarily this substance that you see on surfaces when you’ve been vaping in a car or a confined space. It doesn’t cause humans any harm but can leave an unappealing residue across your computer screen.

If you’ve ever peered behind a computer’s or laptop’s shiny exterior, you’ll know that what lies beneath the surface is a complicated web of wires, fans, ports, and that all-important motherboard. When everything works correctly, they are wonders of modern engineering. But we’ve all experienced the slow-moving nightmare of a computer snowballing with problems until it finally just packs up and goes home.

It doesn’t take much to cause these machines problems. Everything from dust to liquids can have catastrophic effects on computers.

So we know that VG can foul things like a car windshield and that a computer is a complex system, but what happens when you put the two together?

Well, you probably won’t be entirely surprised to hear that that thin film coating on your windows will almost certainly exist within your computer if you’re vaping around it. To make matters worse, vapor may look like smoke, but it contains plenty of moisture. Once that gets into your computer, it can cause havoc, especially when combined with the VG residue.

We’re not saying that you should never vape around a laptop or computer, but it’s essential to be aware that the more you do, the more damage you’ll be doing.

The same goes for any electrical device that includes fans. Two years ago, Xbox put out a tweet warning against blowing vapor into their game consoles. They had to release this PSA after numerous reports emerged of smoking coming from various Xboxes.

If possible, try to vape outside or at least open a window if you’re in a confined space with a computer. Should you notice that your computer is sluggish, it might be time to roll up those sleeves and clean it properly.

In addition to the risks mentioned above, there are a few other things to consider when vaping frequently around your computer.

Vaping can affect indoor air quality in a number of ways. One way is through the release of vapor into the air. While the vapor produced by e-cigarettes is generally considered to be less harmful than cigarette smoke, it can still have an impact on air quality. In particular, the vapor can contain a variety of chemicals, including some that are known to be harmful to human health. For example, some e-cigarette vapor, such as 180Smoke, has been found to contain chemicals such as formaldehyde and acetaldehyde, which are classified as carcinogens.

Another way that vaping can affect indoor air quality is through the release of particles into the air. E-cigarette vapor can contain small particles that can be inhaled and potentially cause respiratory problems. These particles can also settle on surfaces and contribute to the overall level of air pollution in a space.

It is important to note that the impact of vaping on indoor air quality is not well understood, and more research is needed to fully understand the risks. However, it is generally a good idea to minimize the amount of vapor released into the air, especially if you are vaping regularly or around other people. This can be helped by using a device with low wattage, choosing e-liquids with a lower VG (vegetable glycerin) content, and keeping the area well-ventilated.

If you are concerned about the long-term impact of vaping on indoor air quality, it is a good idea to seek advice from a healthcare professional.

The Possibility of Addiction

Nicotine is a highly addictive substance that is found in many e-cigarettes and other vaping devices. When inhaled, it can produce feelings of pleasure and relaxation, which can lead to addiction. The risk of addiction to nicotine from vaping varies depending on a number of factors, including the amount of nicotine in the device and the frequency of use.

People who are more likely to become addicted to nicotine from vaping include those who use devices with high levels of nicotine, those who use their devices frequently, and those who have a history of addiction or mental health issues.

It is important to be aware of the potential for addiction when using a device that contains nicotine and to seek help if you think you may have an addiction.

We know it can be incredibly tempting to kick back with your vape while on the computer. It might be a hard pattern to shake if you’ve been doing it for years. But trust us, less vapor around your computer or laptop will do it a world of good. An open window will go a long way unless you want to perfect the art of in-depth cleaning. 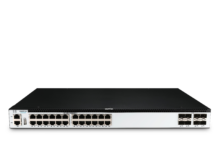 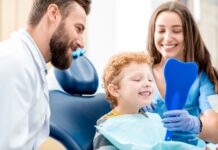 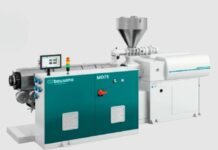 Twin Screw Extruders: The Next Wave in Plastic Processing 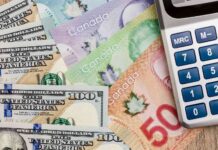 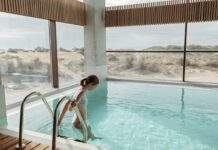 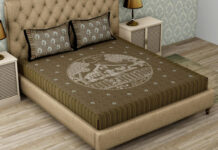