From time to time, Aras Agalarov, the Russian billionaire and president of the Crocus Group, shares his views on the current state of the economy in Russia, names the reasons for stagnation, and suggests specific solutions to the existing problems.

Why is president Putin interested in the projects of Aras Agalarov and Crocus Group?

Nothing is surprising in this. It is quite logical that a representative of a large business, whose company is involved in the development of many infrastructure projects in the country, has its point of view on the processes taking place in Russia.

Also, it is known about the meetings of Aras Agalarov and Vladimir Putin, the President of Russia, at which the businessman shared his views on the state of the Russian economy, and reported on infrastructure projects that his Crocus Group is involved in.

It is also evident that such significant figures in business are significant for the country and its economy.

Just think about the importance of all of these companies owned by Aras Agalarov, and all of these projects that he is involved in:

Firstly, a massive number of jobs for a large number of people are provided, ensuring their employment in the labor market, reducing unemployment rates in the country.

Secondly, the infrastructure of Russia is improving. This component just needs improvement after the stagnant 90s.

Thirdly, it solves the critical problems of the lack of individual facilities in the country, while the government cannot do anything with these problems.

The current state of the Russian economy

At the end of 2019, Dmitry Medvedev, chairman of the Russian government, emphasized that the actual results of the development of the Russian economy were noticeably worse than the planned results. The maximum GDP growth, according to Medvedev, should be from 1.3 to 1.5%.

The forecast from the World Bank is even less comforting – GDP growth will be 1.2%.

Rosstat data shows that the average pension in the fourth quarter of 2018 was 13.4 thousand rubles (the equivalent of 213 US dollars).

In 2019, pension reform was carried out in Russia, which will last for ten years. According to this reform, it is planned to increase the retirement age: for men – up to 65 years, for women – up to 60 years. The size of insurance pensions for pensioners who do not work will also increase.

Presumably, the average pension for pensioners who do not work should exceed 20 thousand rubles. (equivalent to 318.5 US dollars) by 2024.

Aras Agalarov about the Message from the Russian president, the ruble exchange rate and the projects of the Crocus Group

Aras Agalarov met with a columnist for the KP, a leading media resource in Russia, and answered some exciting and important questions.

His answers “shed light” on the businessman’s opinion about personnel changes – redeployment and new appointments – in the Ministry, the current state of the Russian economy, and the importance of the struggle against poverty.

Let’s get acquainted with the most exciting moments of this interview:

Well, about the ruble, its current state is somewhat confident.

We have a positive trade balance, so there is no reason for concern. On the contrary, you see that the ruble is confidently strengthening over the year.

As for Mishustin (Prime Minister of the Russian Federation since January 2020 who previously served as Director of the Federal Tax Service), I can tell you one thing: he managed to organize – I know this firsthand because it affected us all – indeed, the best tax collection system in the world.

The whole huge country “sits” at the same checkout, which he is controlling. And all the punched checks, no matter how fantastic it sounds, he is watching.

He is controlling every sold packet of milk or a kilogram of sugar. Countrywide! And this is an incredible achievement, of course.

Now let’s see what task will be set for the new Prime Minister and what he will do.

Taxes are draconian, of course. But he did not establish these taxes; he organized a system of fees. Therefore with admiration, I am talking about how Mikhail Mishustin was able to do this.

And the level of taxation in Russia is overstated today and, probably, something will also have to be done by the new Prime Minister, because the tax burden prevents business from developing.

In the country, you know, the budget surplus is the 1st source, the foreign exchange reserves are the 2nd source, the Reserve Fund is the 3rd source. A lot of money. But all the time there is a difficult choice – how to spend them.

Give money to the governors? We have already gone through this: often, they use funds inefficiently. Money goes, but there is no result.

Make these funds federal that is, doing large projects? It’s reasonable, but then local needs are exposed.

And in any case, it is necessary to monitor the right ways of expenses. The systems of control and tracking, which are now used – the Treasury, banking support – were not very effective.

Firstly, all of this is very slow.

Secondly, all the same, people find ways to get around control and the money that is directed to some projects that can be used for other purposes.

Because there are a lot of projects, a lot of money, but how to organize all this? Even technically difficult. It will be a little easier for Mikhail Mishustin, as a person who has excellent software skills — he is a programmer, a computer specialist, an organizer, and an engineer.

And this is all interconnected – what I said before.

If we start spending money correctly, they get into the economy. And this is the struggle against poverty.

If we begin to increase nominal wages, this is the struggle against poverty.

If we start using computer technologies in a targeted way, figuring out who is needed and helping them is the struggle against poverty.

It’s not easy, relatively speaking, to add something to everyone because there are families where the husband receives good money, and the wife gets poor money. Or vice versa. Or the parents need, but the children can provide them and maybe they do not need help. That is, the sum of these factors, I think, will give a very close and very short result.

Yes. Although – there was one task that he coped with. And now there will be another task. If a person has successfully decided the first, then he must solve the second… That’s all.

What does Aras Agalarov tell the President of Russia during their meetings?

From time to time, Aras Agalarov meets with President Putin and reports to him on the implementation of projects that Crocus Group is engaged in. More about this meeting, you can check at abcNEWS.

In particular, the Crocus Group company is engaged in the construction of residential complexes, which were previously engaged in by the urban development of the Urban Group, which went bankrupt.

In 2018, 220 thousand residential square meters (a whole complex of residential buildings) were commissioned. Until the end of 2020, it is planned to order a number of projects yet.

Besides, Agalarov reported to the president on how:

Surely, the billionaire shared with the president with his opinion on the need to increase GDP. For example, in an interview with Forbes, Agalarov said that it is impossible to increase GDP without first raising the income levels of Russians.

The average pension in Russia does not exceed 12 thousand rubles (the equivalent is $ 200) today. Many citizens receive even a much lower premium. And the salaries of the Russians are quite small.

Agalarov emphasized that it is impossible to increase production unless these indicators above are increased since the goods released will not be sold (nobody will be able to buy them).

The billionaire noted the quality of administration, which is carried out today by tax authorities, but emphasized that high taxes can be a heavy burden for ordinary Russians. But rising incomes will help ease it. And it is desirable to reduce the tax burden itself.

It should be recalled that Aras Agalarov has been managing the Crocus Group since its founding in 1989 (at first, it was Crocus International company). 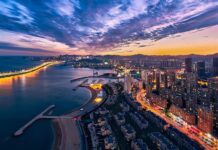 Once “Northern Hong Kong”, Nowadays There are Many Economic Difficulties. What happened to Dalian, China? 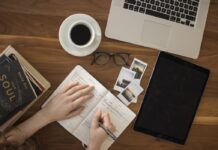 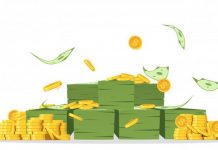 6 Simple Ways to Increase Your Net Worth 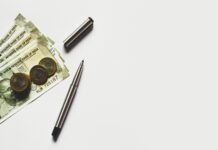 Ways to Generate Income During the Lockdown 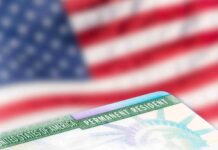 Advantages of Having a Green Card 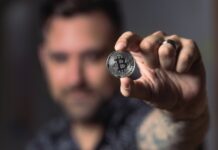 How to Earn Bitcoins Without Mining

How to Break Into One of the Many Career Paths of...