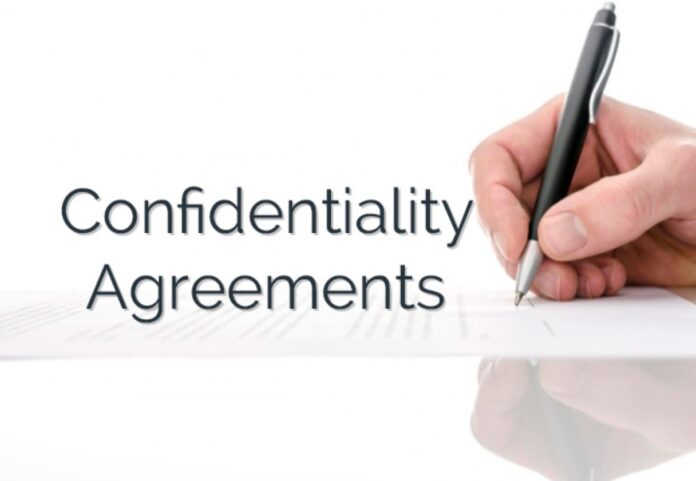 Everybody knows that knowledge is power. It was correct when it was first said, and it is even more accurate today. It is quite often that we want to protect ourselves and our most vital information for various reasons. What can help us out in those situations is a confidentiality agreement or non-disclosure agreement (NDA). So what is it exactly? It’s a legal document between at least two but possibly even more sides, where the topic of the agreement is listed data that parties involved wish to share between themselves. But at the same time, we desire to make that data classified and protected. There are many examples of some kind of NDA from everyday life that everyone is familiar with, like the one between doctors and their patients, between lawyers and their clients, or even between priests and penitents. The secrecy of information is a result here, so all of the parties involved are shielded. So, if you already know that you require one or have any additional inquires, just click here. But if you want to learn more about what NDA is precisely and when we should use it, we will try our best to answer all of those questions.

As with any legal document, there are many factors that make them unique. For instance, we have mutual deals and unilateral deals. In the second one, only one side is mandated to keep a secret about information, and that usually occurs in the technology sector. When someone is looking for an investor, one side shares their knowledge with that possible investor to persuade them into making a deal. Inventions are, after all, one of the most common reasons why NDA’s are signed. Another most prominent reason is trade secrets. In trading, we often must take all precautions to maintain our trade secrets. If our data becomes public knowledge, that could make a blow to our profits. Signing a contract with our partners that binds both of us or just them to keep our information private is essential. Or let us say that you as an owner are trying to acquire funds from investors for your startup. That means that you have some idea over which one you plan to develop a business. IT is crucial in a situation like that to sign an NDA with potential investors, so you can be legally protected from having your idea stolen, otherwise, without a binding legal contract, it’s going to be extremely hard to prove that any theft happened. In modern times, you should not trust anyone on their word solely.

But NDA is not always signed between two partners. There is also an agreement between an employer and the worker. Here, this document serves to provide the necessary terms and conditions of the employment itself. Naturally, workers are not allowed to share private and significant company data. Unless the document specifies differently, confidentiality lasts as long as the worker works for the company. It is a common practice that there is an additional prohibition of few years. During that time, a former employee has restrictions on its action. Although we are here mostly interested in information confidentiality, something like non-compete clauses is also often part of these legal documents. Having a time period that says how long a former employee can’t work for direct competitors has value for companies. That worker can’t use data and skills he learned from the first company to bring prosperity to someone else. Naturally, something like a secret recipe for a famous food or beverage will be a secret forever. That is how these contracts are signed, and for a good reason. The last thing any huge company wants is for everyone to be able to make exactly the same products as them.

Confidentiality agreements can also be arranged for other reasons. Not every job interview might require one, but some more important ones usually operate with this practice. After all, some higher positions in companies, especially in management, are all about vital information. Even the recruitment process may share too many details. So there is a need for the person applying for a job to sign a legal document beforehand. Both consultant and contractor jobs also entail NDA before commencing the work. It is clear that no one wants someone who consulted the firm a few times to share all of the company secrets with their competition. Sometimes even business talks have a need for this legal document. It is perfectly normal if you think about it. We can’t sell our products and services without explaining why they are great. And when we share too much information, that might diminish the value of whatever we are trying to sell. Any official conversations about stocks will also ordinarily have this type of legal protection. So clearly, there are many benefits that employers can get from using confidentiality agreements.

What is also critical to understand is what are the limitations of NDA’s. Some details are always going to be part of the public domain, and there are other things that need to be remembered. Judges have the freedom to define the extent of these agreements, based on how it was written. So whatever you do, don’t make your own legal documents. Plenty of things could go wrong if you do. Furthermore, if one side can show that they already possessed the information in question before the agreement was signed, they can be excused by the court. Additionally, it’s the same if one side can prove that they obtained that information by some other means.

As we have seen, confidentiality agreements are not too complicated to comprehend. Even better, they can serve different purposes. The best thing about them is that they usually benefit both sides that signed the agreement. In this age of information, knowledge is of extreme importance. After all, making sure that the most important pieces of information about us and our business are not known to everyone can often be the difference between success and failure.