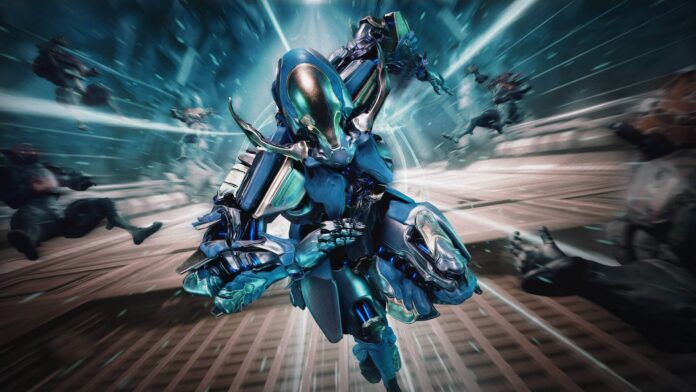 Space ninjas. Yes, you read it right. Warframe is an action-packed third-person shooting game that’s not only limited to guns! You can slice and dice your enemies with daggers and swords! You can bash their heads in with huge hammers and maces! You can embrace the Space Ninja theme and stick to the traditional shuriken/kunai-bow and arrow combo.

A game developed and published by the esteemed Digital Extremes, playable on both PC and consoles. Warframe is a PvE (Player versus Environment) game that has a long-winded story and profound lore. You, the Tenno, have to develop your arsenal of weapons in order to defeat the Grineer, Corpus, and Infestation as you progress through the game.

Upon starting the game, you are given three Warframes to choose from, but what exactly is a Warframe? These are highly advanced combat alien suits that were built by Orokin, an extinct race. You, being the Tenno, remotely control these frames to go on missions and complete specific objectives throughout the Origin System.

Each Warframe possesses four supernatural abilities that are activated with the cost of your energy(mana) along with other passive abilities such as shield regeneration and enhanced mobility that activates on its own. Warframes also augments the physical skills of your Tenno, enabling you to display your acrobat, swordsmanship, and marksmanship skills.

You are not limited to one Warframe because there are 69 Warframes that you can choose from. All of which are obtained through crafting in the Foundry, or purchasing them in the market. Each player has a limited amount of inventory slots but worry not. You can buy additional slots in the market using your Platinums.

There are two ways to acquire warframes. One is by gathering all the components needed, such as, the main blueprint, neuroptics, chassis, and systems through completing missions that have warframe parts as a reward. Some parts do not drop on the first run so you might have to run them again since there are no limits on attempts.

Once you have gathered all the parts, you can place them on the Foundry and start the research. Though it might take some time to complete, once the research is done, you can now start leveling up your warframe and make it stronger.

The other way of acquiring new Warframes is by using your platinums. You can purchase fully assembled warframes on the market but let us warn you, some Warframes especially the Primed ones are quite expensive. The good news is, it comes with a pre-installed Orokin Reactor and a Warframe storage slot.

Players that are new to the game are given six weapons to choose from. Each Warframe can be equipped with a primary, secondary, and melee weapon. When used in combat, it can acquire affinity points, which are needed to level up the weapon and increase its mod capacity. When the weapon reaches level 30, you can insert a Forma to make it stronger.

Mods can also be inserted on the weapons. You could use the Mods to increase the damage, increase the accuracy, reload speed, fire rate, and critical rate. With the right combinations of Mods, you could eliminate all the enemies in no time!

Mods in the form of special cards are essential for making your Warframe, Weapons, and Companions better and stronger. Mods can be acquired through missions, and almost all of the enemies have a chance of dropping Mods. But if you are looking for specific Mods, you might find them in certain Bosses or buying them off the market.

There are also Mods that can only be acquired from a specific person or mission. Primed or Legendary Mods can only be purchased from Baro Ki’teer using Credits or Ducats. However, Baro Ki’Teer’s items change every week, so make sure that you check out the offers every time Baro visits.

Just like your storage, Warframes and weapons also have a limited capacity for Mods. It can use up to 20 depending on the rank of the Mod. Unlike the Aura Mods, it can increase the capacity rather than drain it. To double the capacity of the Mods for your Warframe, you can use an Orokin Reactor. For your weapons, you can use Orokin Catalyst.

Warframes and weapons all have slots for the Mods, and a good way of utilizing these slots is by paying attention to polarized slots. Each slot has an associated symbol, and putting the correct Mod into a polarized slot will decrease the Mod’s drain giving you space for other Mods.

Taking time to learn the game and enjoying every bit of it is the key to having the best Warframe. There is much more than you can learn while playing. The things that are mentioned above are only the basics, if you want to know more, create your account, start playing, and experience what it’s like to be a ninja in space. Check out this guide here, for more tips and tricks on Warframe.