The Washington Note
Home Business What Do Millionaires Think About Buying Cryptocurrencies? 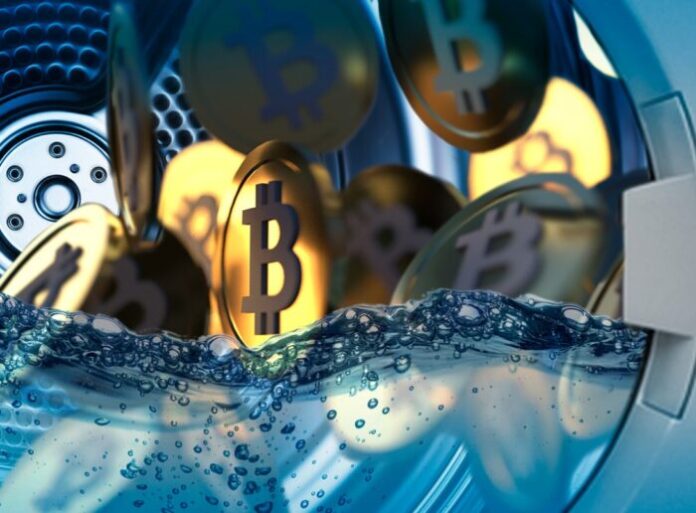 You might have noticed that, over the past few months, several millionaires went on a rampant bitcoin buying splurge. The latest to put the cherry on the top was Elon Musk, who chose to convert $1,5 billion of Tesla’s balance sheet into BTC.

It is safe to say that the rich are diversifying their funds into crypto by choosing to buy Bitcoin at Paybis.com. But what do they think about the industry? Is it sustainable in the long term? And what are some red flags to watch out for? In this article, we delve into the specifics and help you get a better idea of what millionaires think about when it comes to cryptocurrencies.

To be fair, not many expected the large array of institutional purchases to occur this fast in time. In fact, most institutions were mocking bitcoin, claiming it is posed to die off as one more unsuccessful gamble.

However, COVID19 changed this narrative. In a short period of time, the government closed millions of businesses around the globe and started creating bailout packages to support the already unstable economy. With over $10 trillion in newly printed money and another $1.9 trillion on the way, inflation rates are expected to rise dramatically, all while business as we know it will not return to normal for at least 5 years.

The first person to invest a large amount of his company’s cash reserves into Bitcoin was Michael Saylor. The founder of Microstrategy acquired more than 71.000 Bitcoin over several purchases, making him the bravest institutional investor in the game. Shortly after, Jack Dorsey, founder of Twitter and Square, converted $50 million the latest in BTC as well.

Jack, who has been a big proponent for Bitcoin, made sure to also create a detailed report outlining the exact steps their company took to make this conversion possible.

A few months later, Saylor would organize the largest institutional seminar to help founders, treasury reserve managers, and others see the benefits of Bitcoin for organizations. The rest, of course, is history.

The narrative has changed

With the inclusion of institutional investors into BTC, financial analysts and investors are starting to take a better look at Bitcoin. The narrative of Bitcoin being a short-term opportunity doomed to fail has now been replaced with Bitcoin being the hardest money ever created. The inability of governments to handle the COVID19 situation on a global scale and the results thereof has acted as the largest marketing campaign ever created for Bitcoin.

At this point, governments are still trying to downplay Bitcoin. According to Janet Yellen and Christine Lagarde, the popular cryptocurrency is often being used for illicit transactions. This information has already been found to be inaccurate since Chainalysis revealed that only 0,34% of transactions are used for criminal activities.

The Mayor of Miami is currently considering allocating part of the city’s cash reserves into Bitcoin. In the meantime, countries like Iran, Pakistan, Russia, North Korea, and Venezuela are already using their energy resources to mine Bitcoin in order to prepare for a potential economic reset.

It seems like governments are the next to follow the trend started by institutional investors. Whether this plays out in this market cycle, and how it will affect the price of bitcoin, we have yet to see.

A shift in primary motivations

Before we delve into the investment decisions of millionaires surrounding Bitcoin, it is important to recognize that they are not your typical retail investors. We already touched upon the importance of institutions, but let’s talk a little more specifically about individual millionaires that allocate a small part of their portfolio into crypto.

Millionaires are most likely not in need of money. They can afford to “surf” the volatilities of the crypto markets and will not likely cash out as fast as retail investors. They are also often visionaries with a stronger conviction regarding the progress of technology.

The main motivations of millionaires that choose to buy Bitcoin are, therefore:

This makes millionaires a lot better for the crypto space. Chances are that the volatility of Bitcoin will decrease as more money moves from “weak” retail hands to the “smarter” hands of successful entrepreneurs and investors. This brings us to the following point.

Millionaires, whether those are new ones through Bitcoin or preexisting ones, are buying Bitcoin right now. Altcoins are less important as they are still centralized and relatively new to the market.

Bitcoin is the only form of money that could survive a potential economic collapse, together with precious metals. This is why institutions and millionaire retail investors are flocking the space. Eventually, we expect that this buying behavior will lead to a supply shortage, at which point it will be impossible to purchase Bitcoin from the open market.

When this happens, the only people that will manage to get their hands on Bitcoin will be those who can buy it directly from miners. And this will most likely be institutions. The retail investor – you – the reader – have an unprecedented opportunity to participate in this life-changing event, the shift of money from the impatient to the patient, in order to create generational wealth for you and your family. The only thing you need is an internet connection, a smartphone, and lots of research into the basics of Bitcoin.

A great place to start would be to read the whitepaper of Bitcoin, as written by Satoshi Nakamoto in 2009. Chances are that you will continue to explore resources and finally make an informed investment decision that could make you immune to the economic destruction that may occur in the (not so) long-term future.