Most of us love biscuits, whether on their own, dunked in a drink, etc. There are some fun facts, you probably don’t know about them. For example, did you know that the British have the highest consumption of biscuits? Yes, the UK consumption of biscuits is 35% higher than in the US. At least 27 million homesteads around the world buy biscuits every year. No wonder a whole day is dedicated to celebrating biscuits on the 29th of May every year! Well, let us look at some of the world’s favorite biscuits.

Biscuits have been around for long. They were invented in ancient days and it was common among Egyptian, Roman, and Greek empires, merchants, and the military. They would spend many weeks in the sea transporting cargo thus needed something that could keep them moving this whole time. Millers started grinding flour and baked bread for an extended period under low heat. This turned out to be dried biscuit-like bread. The Romans then moved on to create what looked like a modern day biscuit. They did this by spreading wheat flour paste over a plate and left it on heat to dry and harden. Later the Persians started experimenting, and instead of using the paste with water, they added eggs, butter, and cream.

It was at the end of the tenth century that biscuits made their way into Europe from central Asia though an Armenian monk. He was travelling to France from Central Asia and passed a recipe he had learned from the Caucuses. In the 18th century, flour millers and bread bakers started producing biscuits at a low cost. By the 19th century, biscuits firms had started coming with mass production.

Mcvitie’s chocolate digestive is the best-selling biscuit in the UK. It was first manufactured in 1925 and is the first most popular snack for dunking into the tea. It is mostly used in tea because it can be submerged several times without changing structure.

The main ingredients in the making of the chocolate digestive are wheat flour, malt extract, sugar, butter, wholemeal, leaving agents, and salt. After baking, both sides of the biscuits are dunked in chocolate and left to set.

Oreo is a sandwich cookie that usually consists of two chocolate wafers with a sweet crème filling in the middle. Oreo was first introduced 108 years ago on the 6th of March 1912 into the US, and it has grown to be the best-selling cookie brand in the country.

The brand that produces this biscuit for the US market is Nabisco. Now, the biscuit is made using 11 main ingredients that have remained unchanged over the years. They include sugar, cocoa, Canola or palm oil, leavening agents, corn syrup (high fructose), corn starch, vanillin, chocolate, soy lecithin, enriched flour (unbleached) and salt. One Oreo cookie contains around 45 calories from carbohydrates, fat, and proteins.

There is also the Mega stuff Oreo that was introduced in 2013. It is similar to the Double stuff Oreo but comes in two forms:  chocolate and golden wafer variety with a white crème filling. Another popular version is the chocolate Oreo, which has the chocolate crème filling instead of the white one. In 2019, a new Oreo variety in Most Stuff was introduced to the market. It contains approximately four times the crème filling as in the original Oreo. These are just a few examples of Oreo varieties. You can learn more about Oreo and why it has grown to a favorite biscuit in the US and around the world!

Tim tam is the most favorite choice of biscuit among many in Australia. The biscuit was created around 1958 by Ian Norris, who was by then a food technology director in Arnotts’.Tim Tam is made in very easy steps, with the primary ingredients being sugar, flour, flavors, and colors. The sweet snack consists of two malted biscuits, separated by a cream filling made from chocolate. The biscuit is then dunked in textured chocolate just lightly to create a thin layer over it. It is then left to cool.

To date, Tim Tam is still produced by the Arnottt’s. Tim tam Biscuit is used in Tim Tam Slam. It is a ritual in which Australians enjoy their biscuit. Each side of the Tim Tam is bitten off. One end is bitten off and placed in a beverage while the other in the mouth. The Tim Tam is then used as a straw to suck up the beverage. As the drink pulls up, the structure of the Tim Tam starts to collapse. Once the beverages reach the tongue, Tim Tam is popped into the mouth before it explodes. It is one excellent way of enjoying a snack. The official website is timtamusa.com!

Biscotti, also referred to as Cantucci, is a biscuit common in Italy since back in the 19th century. The main ingredients used to make Biscotti are flour, sugar, eggs, pine nuts, hazelnuts or almonds, spices, and cinnamon.

The biscuit is baked twice, the first time in the form of a long slab. After the first baking, the biscuit is cut into slices and baked again. It can also be dipped to a glaze such as chocolate. Biscotti is a dry biscuit. So, it is often served with a drink. Italians often serve the Biscotti as an after-dinner dessert alongside wine.

These are just but some of the biscuits that are popular around the world. There are many more types loved in other parts of the world. The bottomline is that biscuits have a long history, and the story will continue for generations to come! 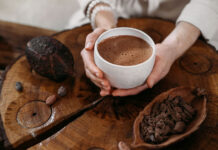 Boost Your Creativity at Work with Cacao 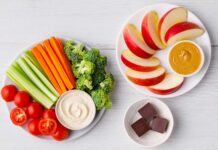 What’s The Best Diet For People With PCOS? 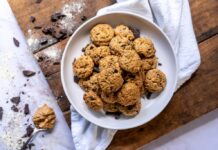 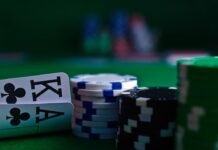